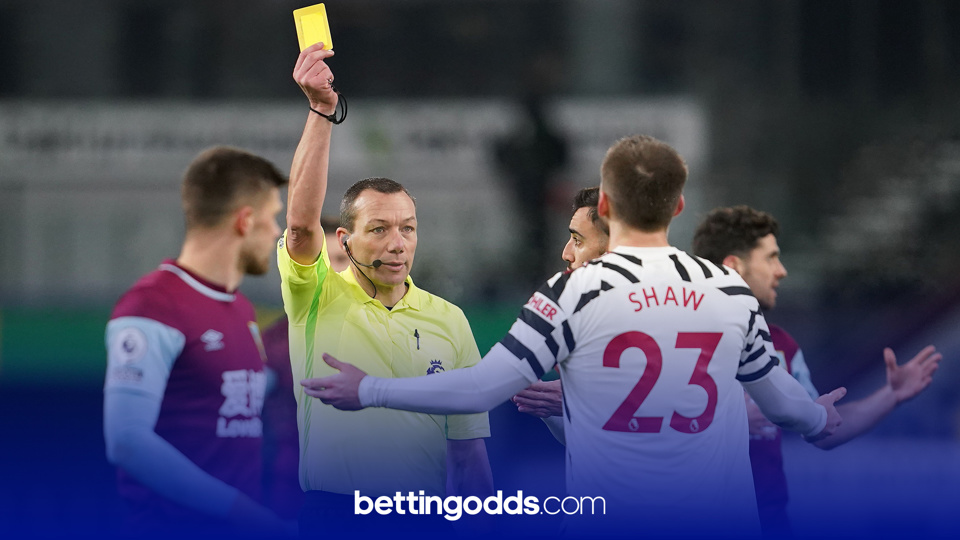 One punter enjoyed the Tuesday of a lifetime last night, scooping a whopping £14,280 from a £20 stake after his four-player card Bet Builder double landed.

@KyleTomlinson13 placed the outlandish wager on the evening's late kick-offs - Burnley v Manchester United and Wolves v Everton, backing a player from each side to be booked.

The bet got off to a flyer after Luke Shaw flew into a reckless challenge on Burnley midfielder Jóhann Berg Guðmundsson within the opening half an hour at Turf Moor.

Initially referee Kevin Friend waved play on and actually awarded United a free-kick at the other end of the pitch after Robbie Brady brought down Edinson Cavani on the edge of the area, only for VAR to intervene and call for Friend to instead book Shaw, and retract the card awarded to Brady. In truth, the England international was lucky not to be sent off.

Ashley Westwood's booking on the hour mark ensured this bet was waiting on just one selection following Doucoure's yellow at Molineux five minutes after the break, and it looked down and out as the clock ticked towards the 90 minute mark in the West Midlands.

That was before Wolves right-back Nelson Semedo was cautioned for a strong challenge to see this gargantuan four-pronged punt settled as an astonishing winner! Bravo.

I can confirm the group chat has just gone mad https://t.co/c7j9C9urNE

Mr. Tomlinson wasn't the only winner of the evening, however. Our very own tipster JimmyThePunt landed both of his card selections as AC Milan hosted Torino in the Coppa Italia and Atletico Madrid saw off Sevilla in La Liga.

JTP tipped up Torino's Karol Linetty (7/2) and Atletico's Stefan Savic (11/4) to find the notepad in their respective matches, and both players duly obliged to land us some healthy midweek profit. Congratulations to anyone who was on board! 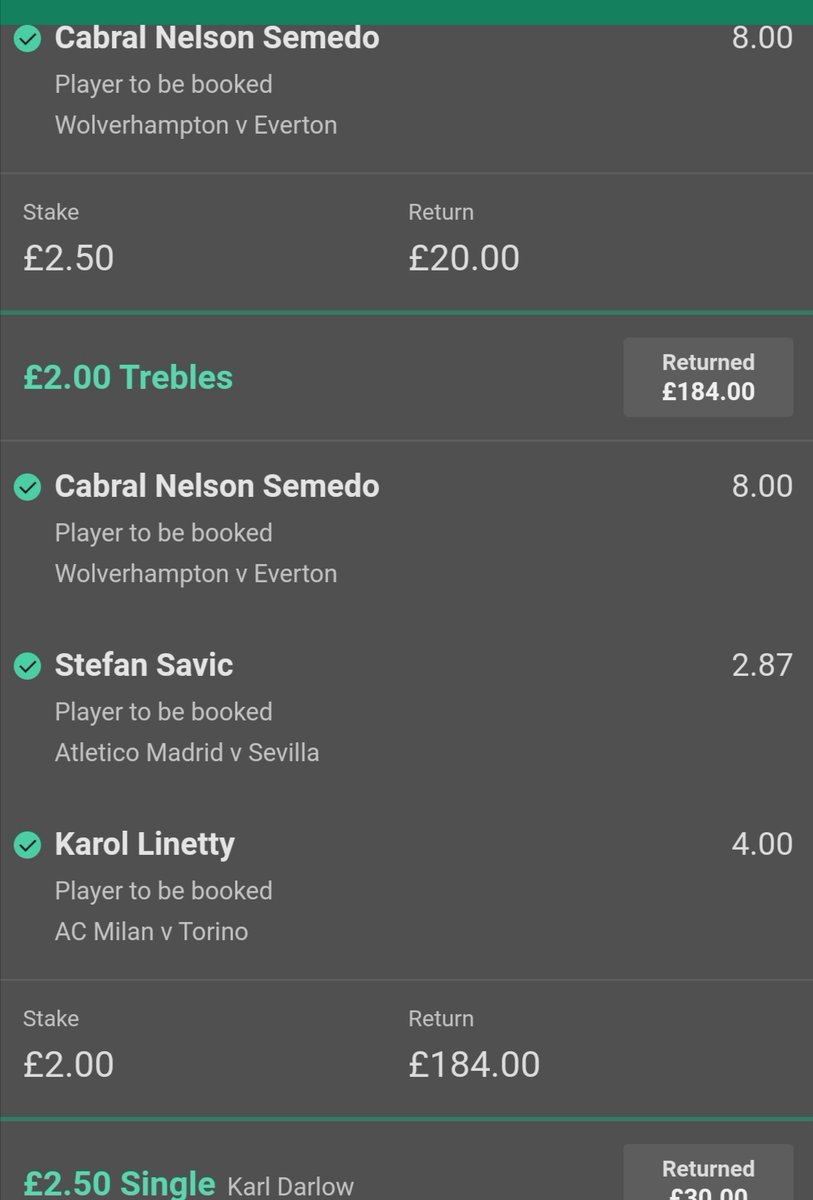