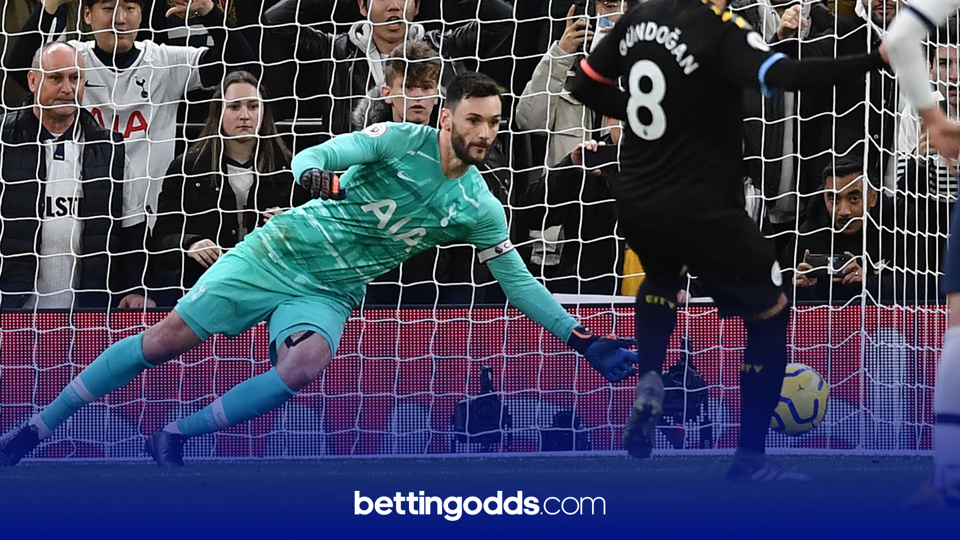 There has been a sharp rise in the number of punters placing bets in the shots on target market over the last couple of season's
By Anthony Eadson
15:05 Wednesday 26th August 2020 - 5 minute read

Over the last season there has been a significant increase in the popularity of player betting with the biggest of those being around the shots on target market. Punters now have a vast variety of ways in which they can bet on a game rather than simply the outcome of the match, the correct score or the first goalscorer.

Using the shots on target market can often be a good way of extracting some value from the game. I’ve answered a few frequently asked questions below and given a few of my thoughts around the market.

What is classed as a shot on target?

This may sound like a straightforward question right? However, have one search on Twitter of ‘@Skybet shot on target’ and you will see the outrage there has been this season from punters who believe their player's attempt should have been classed as a shot on target.

The majority of bookmakers will refer to OPTA’s data from a game to settle their markets upon, however it is worth noting that a decision could be changed based upon OPTA reviewing the footage during or after the game.

Opta define a shot on target as any goal attempt that either:

Factors to consider when choosing your players

There’s a range of factors that you may want to consider when selecting which players from the shots on target markets. The first of those would be position. Where will that player be playing today? Is it his normal position? One angle I really like is when players are moved around to different positions. For example, Bukayo Saka had played predominantly at left-wing back for Arsenal when he had made appearances last season, however towards the end of the campaign there were games where he played on the left-side of a front three with a significantly bigger chance of hitting the target.. Several bookmakers had not caught up on this and he was priced up as a LWB which and this change of position can often be a nice way in.

The context of a game has to be a major consideration when it comes to betting on this sort of market. Is one team battling against relegation? Is one team 2-0 down from the first leg? Is a manager fighting for his job, have the players stopped playing for him?

There can be occasions when bookmakers do not factor in these elements into the odds they offer and having that foresight to visualise how a game will play out can be a profitable punting trait to have.

When a new signing comes into a club there can often be a large variance in the way that bookmakers price them up on the shots on target market. This can create opportunities for punters with the uncertainty of how a new signing will perform at his new club and if his stats will mirror his performance at his previous employers. A nice little example of this would be when Bruno Fernandes arrived at Manchester United he was around 9/1 to have two or more shots on target with Betfair in his first league games against Wolves.. After his first few performances that price started shortening and by the end of the season he was going off as short as 6/5 to hit the target twice.

Most of the bigger bookmakers now offer markets around player shots and shots on target. The following list shows those who I would recommend you have an account with in order to access them.

What happens to my bet if that player does not start?

There’s nothing more frustrating than finding out the player you have had a bet on is not starting that game. It can often be a wise-move to wait until team news is released an hour before the game before making your selections, however we’ve listed what will happen to your bet if your player is left on the bench.

So which bookmakers offer the best odds on these markets?

From my own personal experience I tend to find both Betfair and Paddy Power as two of the best priced bookmakers in this area. They are consistent with offering reasonable prices on a full selection of players in the squad and the ability to combine these selections into a multi is also a plus. Skybet tends to have some well priced ‘boosts’  on occasions, particularly on the really big matches. Poker Stars have also really upped their game when it comes to player markets however prices do not tend to last with rather low liquidity in the market. Coral’s addition of ‘player shots from outside the box’ is also another market I’ve dipped my toe into at times throughout last season and can be profitable particularly with free-kick takers. It’s always worth checking the prices with several firms as over the long-term it can yield much more healthy profits.

@BolivianZeus @BolivianZeus Hi, this market is settled on Opta provided data. If you believe that your bet has been settled incorrectly please call our Customer Services team on 01782 684757 or use Live Chat here > https://t.co/ii3ZOtPepJ

Hey @bet365, how's this NOT a shot on target by Kevin de Bruyne? https://t.co/NyqauUXZUM