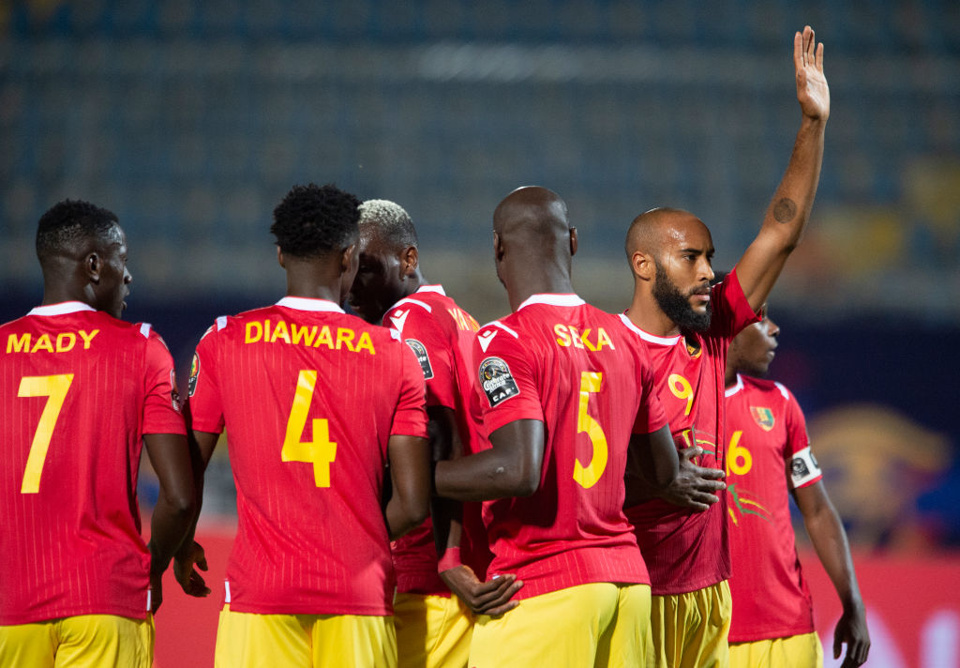 Zimbabwe vs Guinea: Can Jose Kante get on the scoresheet for the National Elephants?
By Adam Roberts
11:11 Tuesday 18th January 2022 - 4 minute read

Group B concludes on Tuesday afternoon and here at BettingOdds.com we'll have match previews and tips on all the big games. Senegal have stuttered to the top of the group after a last ditch win and a draw. In second we have a Guinea side, also on four points, who will be looking for a comfortable win here over rock-bottom Zimbabwe.  We've asked our AFCON statto OddsTerrier to cover this fixture and he's picked out two tips for you to ponder over.

Guinea come into this clash as a decent priced favourite. They are 61/100 to win here but as yesterday's drawn games in Group A showed us , there are not a lot between these sides at this tournament. The draw is available at 13/5 and Zimbabwe are 34/5 to pick up their first win at AFCON 2021.

Zimbabwe have a full squad to pick from but will be sweating on the fitness of Ishmael Wadi who took a knock in their defeat to Malawi. The Guineans also have a full roster of players after everyone affected by Covid has returned from isolation.

First selection we have taken on is Guinea to win to Nil. The Guineans haven't conceded in AFCON 2021 so far and have looked solid. Zimbabwe on the other hand, have only scored four goals in nine fixtures, dating all the way back to March 2021. Led by Liverpool's Naby Keita, the National Elephants are extremely hard to break down and held tournament favourites Senegal to a goalless draw in their last outing. I fancy them to win here in a low scoring game and like the 23/20 for them to win to nil.

Next up we have a couple of player prop bets combined into a bet builder double. The Warriors of Zimbabwe have not only found it difficult to score but have had disciplinary issues, picking up five cautions in their first two games. Four of those have been caused by Defender Teenage Hadebe and Midfielder Kelvin Madzongwe, who have both been booked twice. We have picked out Madzongwe as he's likely to be in a competitive tussle with Keita in the middle of the park. The FC Platinum defensive midfielder has accumulated four yellow cards in 21 appearances in the CAF Champions League and we fancy him to get another one here.

The second part of the bet-builder is concentrating on The Guinean firepower. We like the look of forward Jose Kante who missed out last time around against Senegal. In their first group game vs Malawi, however, Kante not only supplied the assist for the only goal but had a game leading three shots - one of which was on target. The 31-year-old plies his trade in Kazakhstan for Kairat Almaty and has played football in Spain, Poland and Cyprus prior to that. He was fairly prolific in the Polish Ekstraklasa a couple of years ago and has taken that form into the Kazakhstani Premier League and also the UEFA Conference League; where he has scored three goals in just six appearances this year.

You can combine the two bets at bet365 for a shade over 9/1 double.

As always with these selections - good luck if you decided to hop on board and remember to gamble responsibly.