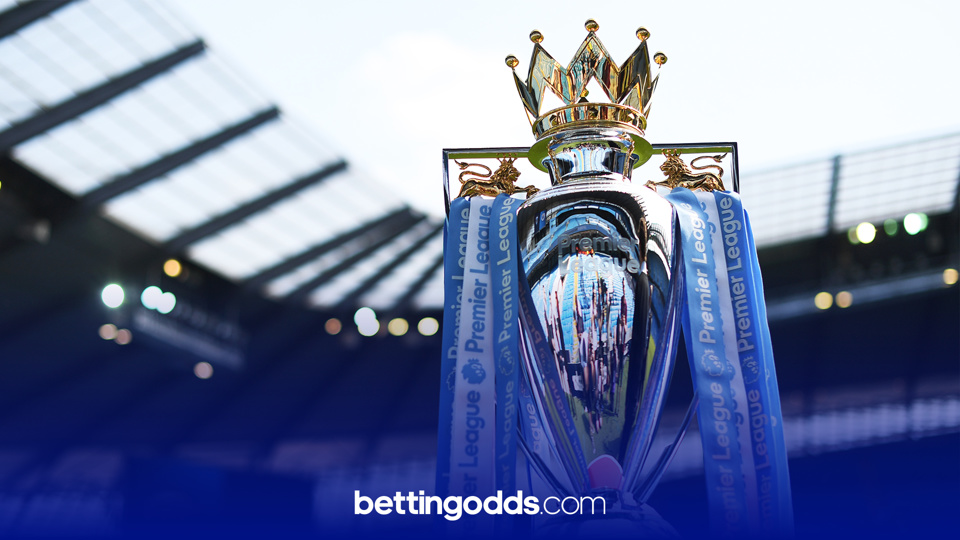 The way we analyse football continues to evolve with data playing a bigger part in the game than ever before. Expected goals (xG) is one statistical measurement that we seem to be hearing more and more about and things have now gone one step further with certain bookmakers offering markets directly linked with xG in the Premier League.

First up let’s remind ourselves of what exactly Expected Goals (xG) is all about. Put simply, xG is the probability that a shot will result in a goal. This is based on the characteristics of the shots that is taken and the events leading up to it. There are four main characteristics that are analysed in order to give a probability of a shot resulting in a goal:

Expected goals is very much about the context of a scoring opportunity. Every shot is compared to thousands of other shots with similar characteristics. An xG of 1 is a certain goal, while an xG of 0 is a certain miss. An xG of 0.4 would indicate that if identical shots were taken 10 times, four would be expected to result in a goal.

Below we can see the prices Paddy Power had on offer for West Ham’s league meeting with Leicester on Monday 23 August 2021. The Hammers were priced at 6/4 to win the game in the standard match result market, which is an implied probability of 40%. However, for the Hammers to win the match and to win on Expected Goals 2/1 was on offer from Paddy Power. 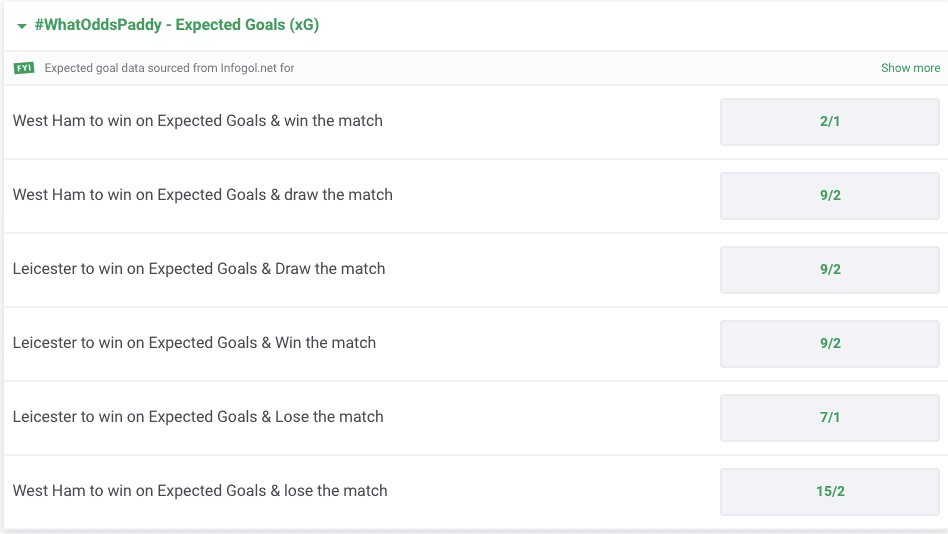 This margin can vary massively though and game script and who the home side is can have a massive impact on prices. For example, Leicester had been priced at 2/1 to win the game in the match result market but Paddy Power also had 9/2 on offer for them to win the game and win on Expected Goals. That’s a difference of the implied odds of 15.1% - more than double it was for West Ham, the team who were playing at home.

Several factors can influence this and punters should think about the game script and which teams are more likely to create more chances before making their selections in these markets.

xG Stats so far this season

The question most people will want the answer to now is, how many times does the team who wins the match, also win on Expected Goals.

There have been 20 matches so far in the Premier League this season with 17 of those resulting in a victory for one side and three ending in a draw.

Punters can now bet on if a team will win, lose or draw the match, combining it with if the team in question will win the match on xG or not. You can find Expected Goals betting markets on both Betfair on Paddy Power on the day of the game for Premier League matches. Please always gamble responsibly.