World Cup 2022 Top Scorer Odds: All to play for in the final as four players eye up Golden Boot award 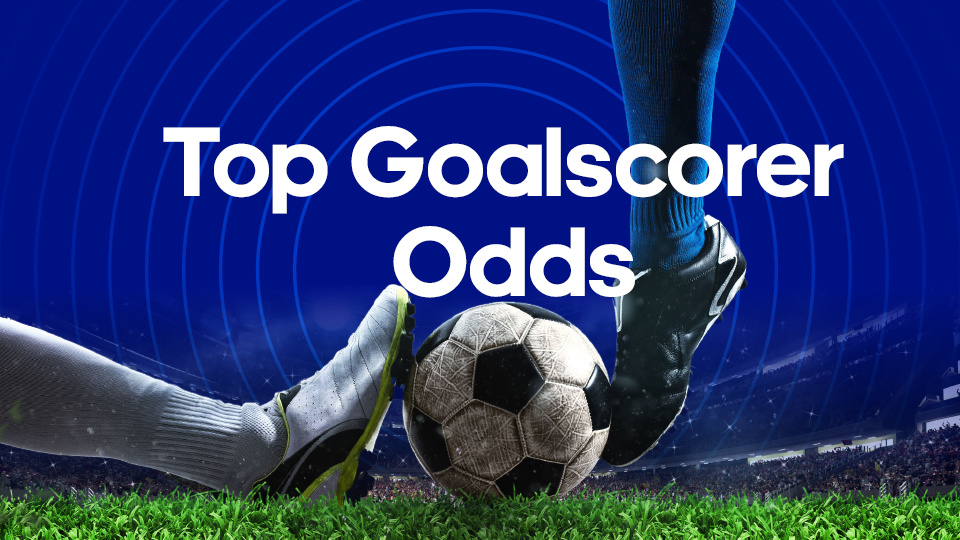 The World Cup final has been set between Argentina and France and, amazingly, we have four players in this match that are in contention to win the Golden Boot award.

Messi, Mbappe, Giroud, and Alvarez are all in with a shout for taking home the iconic individual prize, below we've looked at the top scorer market and analysed those four individuals and their chances of scooping the accolade...

Bet £10 get £30 in Free Bets
#AD New customers on mobile only. 7 days to claim and stake £10 minimum bet at odds of 1.5 or greater to qualify. Free, void, cashed out or partially cashed out bets do not qualify. Max 3x £10 free bets credited on bet settlement. Free bets must be used on 4 or more selections with selection odds of 1.3 or greater. Free bets are non-withdrawable, and stake not returned with winnings. 7 day expiry. 18+BeGambleAware.org. T&Cs apply.
Money back As A Bonus Up To £40 If Your First Bet Loses + £10 Casino
#AD 18+ begambleaware.org. New customers only. Min deposit £10. Money back as bonus if first sports bet loses. Wagering requirements: sportsbook 3x at min. odds of 1.40 (2/5), casino 50x. Unless forfeited the sportsbook bonus must be wagered before using the casino bonus. Bonus expires 7 days after opt-in. Visit Unibet.co.uk for full T&C's.
Bet £10 & Get £50 in Free Bets
#AD Bet £10 & Get £50 in Free Bets for new customers at bet365. Min deposit requirement. Free Bets are paid as Bet Credits and are available for use upon settlement of bets to value of qualifying deposit. Min odds, bet and payment method exclusions apply. Returns exclude Bet Credits stake. Time limits and T&Cs apply.

Messi has arguably been the best player at the tournament by miles - he's favourite for the Golden Ball award - and is looking to cement his status as football’s GOAT by winning the World Cup.

The PSG man has been looking unbelievably good and is showing shades of that old-school Messi where you just can’t believe how good he is playing.

Mesi has racked up five goals so far and three assists working out at a goal involvement every 71 minutes in Qatar.

The seven times Ballon d’Or winner came in as one of the early favourites for the Golden Boot at around 12/1 which put him at around the 4th favourite. The bookmakers are now pricing him at around 10/11 to bring home yet another individual award with some going as short as 4/9! However, Betfred are still offering 1/1 in the market.

In terms of who is likely to score in the final, it really is hard to pick. Argentina and France look very evenly matched on paper and have both rightfully earned their spot in the final.

Messi is 7/4 to score on the day given Argentina’s record of receiving penalties this tournament. La Albiceleste have received four penalties at the 2022 World Cup and Messi has converted three of them, France gave away two penalties against England so if they are to do something similar against Argentina, the Golden Boot could be wrapped up.

Before a ball was kicked Kylian Mbappe was the favourite with a fair few bookmakers for the top scorer award with a few siding with Harry Kane as the favourite. Mbappe has proved yet again that he is simply one of the best players in the world. He has been dynamite this season and has helped his nation reach a consecutive World Cup final.

Mbappe has scored five goals for France so far and boasts the exact same record as Messi with three assists. Whilst Mbappe is on penalty duty for Les Bleus he is yet to score a penalty in Qatar but expect him to be ready and waiting for one against Argentina if the chance comes.

Mbappe’s record for France is nothing short of spectacular with 33 goals and 23 assists in 65 games, he’s almost certainly going to break all the France records considering he is still only 23 years-old.

The bookmakers have Mbappe as the slight second-favourite for the top scorer award with most going for 11/10 for him to secure the prize.

At this point it looks like one goal might do it and Kylian managed to score in the last final he played against Croatia. It’s most likely going to be between Messi and Mbappe with the other two still being a goal off.

Olivier Giroud has been a goal machine his whole career and in his most recent seasons with AC Milan, he has proved he is ageing like a fine wine. Giroud was a massive outsider for the top scorer award when the market first opened, but following an injury to Karim Benzema, he was backed from 100/1 into around 50/1 and then following a brace in his first game against Australia, he was hammered into around 9/1.

Giroud has gone under the radar for France but has arguably been just as important to the squad as Kylian Mbappe with the striker scoring the winning goal against England in the quarter-finals, taking his tally to four goals in Qatar so far.

Giroud is still a fair outsider for the Golden Boot, considering he's not on penalty duty and Mbappeis a goal ahead of him. The bookmakers are pricing Giroud up at around the 25/1 mark (William Hill) and if you fancy him to score a brace, it could prove to be very decent value. However, if France are to be scoring 2+ goals, it’s likely that Mbappe will be on the scoresheet.

Julian Alvarez was another player who was a massive price before a ball was kicked being around 80/1 to win the top scorer award. Lautaro Martinez hasn’t quite had the impact many were hoping for and Alvarez has stepped up following that.

The Manchester City man has been playing as the central striker for Argentina; having Messi thread through balls for you is every striker's dream. Thankfully for him when he returns to his club after this, he’ll also have De Bruyne to fill that role, not a bad setup for the youngster.

Alvarez didn’t start the first two games of the World Cup, but like we previously mentioned, Inter Milan’s Martinez did not have an impact on the squad and up stepped Alvarez. Since joining the squad he has managed four goals in four starts and if we’re following that trend, he’s looking likely to get another one in the final which will leave him tied with Messi.

Alvarez is priced at 25/1 in this market and it’s going to be an interesting one for sure.

If you are backing any of the outright top scorers, best of luck to you. It’s been a terrific World cup so far and let’s hope the final is just as good as the other games.