Which high-profile players are at risk of missing out on the 2022 World Cup?

A Lewandowski-less World Cup would be a tragedy.
By Callum Pragnell
16:55 Thursday 7th October 2021 - 5 minute read

Qualifying for next year’s World Cup continues this week and there is plenty to play for in each continent. A number of countries’ chances are still hanging in the balance, with only 32 places at the prestigious tournament up for grabs.

This means that some of the world’s greatest talents are at risk of missing out on featuring at the competition. Below, BettingOdds.com looks at some of the biggest names whose place in Qatar is under threat at this point of the qualification process. 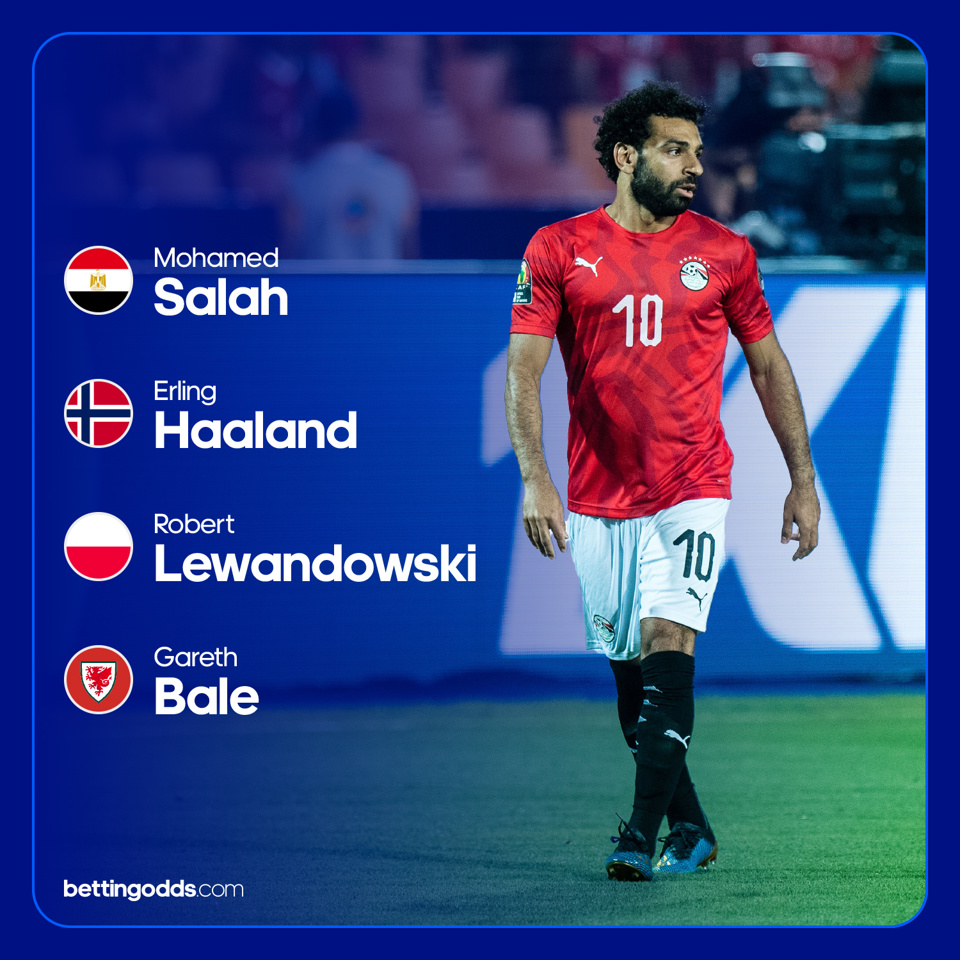 With only five places up for grabs from the African confederation, Egypt have a job on their hands to make it through to next year’s World Cup. They are currently second in their qualifying group behind Libya, who they play on Friday, and need to overtake their counterparts to secure a place in the final round of qualification.

Even if they achieve this, there is no guarantee of a place at the World Cup. Should Egypt top their qualifying group, they will then play a two-legged head-to-head knockout game against one of the other 10 group winners, the winner of which will progress through to Qatar.

With so many strong nations in the African confederation - notably the Ivory Coast, Nigeria, Ghana and Senegal (each of whom currently lead their respective groups) - Egypt face a stern test in the coming months. A player of Salah’s quality missing out on the World Cup would be a total travesty, but at the moment it seems an all too real possibility.

Erling Haaland’s Norway are in a strong position in their qualifying group as things stand, but a defeat against Turkey or Montenegro - or both - in their next two qualifiers could see that quickly change. The Scandinavians currently sit second in Group G, behind the Netherlands on goal difference, but third-place Turkey trail them by just two points after six games.

Friday evening’s game between the two is absolutely huge. Should Turkey beat them in Istanbul, they would overtake them in the qualifying places and throw their position in Qatar right back into uncertainty. Win, though, and they could overtake the Netherlands at the top of the group, should Louis van Gaal’s side slip up against Latvia which, to be fair, is extremely unlikely.

The main thing Norway have to focus on is just distancing themselves from Turkey. A win, or even a draw, would give them a cushion in the top-two and if they follow it up with a victory over Montenegro next week, they’re as good as qualified. Dortmund’s Haaland has netted five goals in qualifying so far and will be relied upon to deliver the goods once more throughout the next two games; if he doesn’t, the 21-year-old and his nation risk tumbling out of World Cup contention altogether.

It seems utterly incomprehensible that the world’s greatest centre-forward could miss out on playing at the World Cup, but with Poland languishing third in Group I behind England and Albania, a quick turnaround is needed if they are to cement their place at the tournament next November and allow Robert Lewandowski the opportunity to represent his country at what could possibly be his final World Cup.

The Bayern Munich goal-addict has been at it again this season, storming out of the blocks in Germany by scoring 13 times in just 10 all-competition outings. Furthermore, he has also notched six goals in World Cup qualifying so far, trailing Memphis Depay and Aleksandar Mitrovic by just a single goal in the top-scorer chat.

All this will count for nothing if Poland can’t break back into the qualification spaces in Group I, however. If they can’t, then the possibility of a Lewandowski-less World Cup will soon become a sad reality.

The World Cup 2022 is now just over a year away with the tournament being played in Qatar during the winter, for the first time in its history. This week sees the return of the qualification matches and here at Betting Odds.com we’ve…

Wales are another team who still have a very strong chance of qualifying for Qatar 2022, but their final games in Group E are absolutely crucial if they are to do so. The Dragons have won two, drawn one and lost one of their games up until this point and sit third in the group, behind second-place Czech Republic on goal difference.

Belgium look to have the group wrapped up already, sat unbeaten on 16 points at the time of writing, so the battle for second will be fiercely contested between Wales and the Czechs, with even fourth-place Belarus standing an outside chance on three points - although the odds are heavily stacked against the latter.

Gareth Bale has been in typically good form for his country during the qualification process, netting three goals, but will be 33 by the time next year’s World Cup rolls around meaning it could realistically be his final shot at appearing at the tournament. He’ll be determined to carry his nation to Qatar, just like he’s done so many times before, in the hope of repeating their famous exploits at Euro 2016, where they made an unexpected push to the semi-finals.