What Derek Adams said after switching Morecambe for Bradford City

Derek Adams has put pen to paper to sign a three-year contract at Bradford City, four days after he created history by steering Morecambe into League One, via the play-offs.

His departure from Morecambe on Thursday was a blow for the club - Keith Hill is the early favourite for the Shrimps job - who enjoyed one of their greatest ever seasons under Adams’ watch.

Ahead of the 2019/20 campaign no League Two team had longer promotion odds than the 25/1 priced Shrimps, who just so happened to be the 10/3 favourites to get relegated.

Yet, Adams and his troops swatted away the pre-season predictions and went on to win 23 games, scoring 69 goals, as they finished 4th in the table.

They then battled past Tranmere and Newport County to seal promotion via the play-offs.

In contrast, Bradford City finished down in 15th - 19 points behind Morecambe - after they could only scrape one point from the last 21 on offer.

As a result, joint-managers Conor Sellars and Mark Trueman were dismissed in May.

After a month of speculation, Adams has now been unveiled as the club’s eighth permanent manager since 2018; Bantams fans will desperately be hoping that the latest appointment can make it past the 50 game mark.

“Today is a great day for me,” Bradford’s new boss told the club’s official website.

“This a fantastic football club to come to and we have a big opportunity to try and earn promotion.

“Next season, my aim is to take us beyond this division and into Sky Bet League One. That is the pressure I put on myself, wherever I go, and I try to handle that pressure as well as I can.

“We have passionate supporters. The Bradford City fanbase is fantastic and was a big pull for me to come here. They want their manager to share the same passion, which is what I am here to do.

“We want to be a team that plays on the front foot and excites people when they come here. Hopefully, next season, we can get the supporters back to Valley Parade and have the place bouncing.

“Throughout my managerial career, it has always important to win, gain promotions and find yourselves in a higher position than you were the previous season.

“We all know Bradford City finished in the bottom half of the table last year. Now, we will aim to be in the promotion picture. That is what I am here to do.”

Adams will now bid to win a third promotion at this level having done so with the aforementioned Morecambe, and previously Plymouth, while he also has two other promotions on his CV from his time in charge of Ross County. 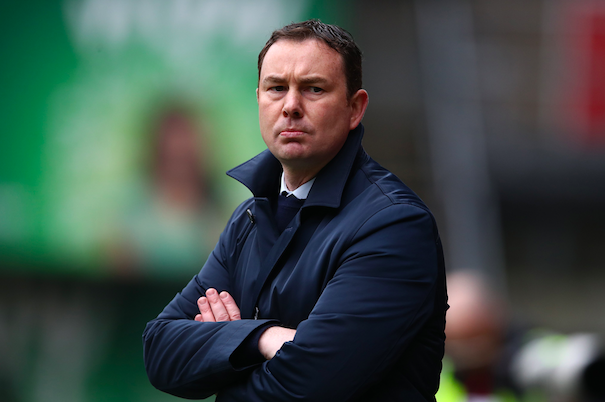