Watford vs. Everton Predictions: Back Lampard's men to claim all three points at Vicarage Road 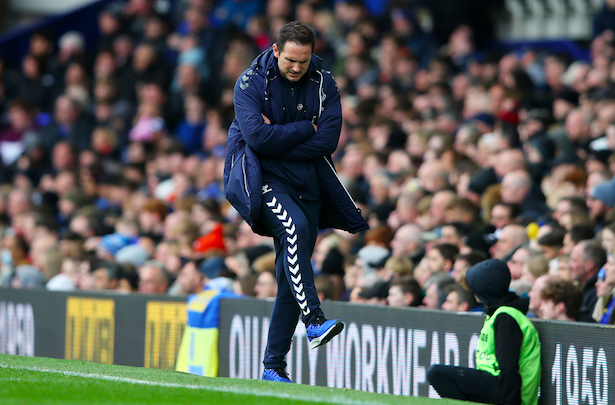 Four Premier League matches take place on Wednesday evening, with Leeds vs Chelsea and Wolves vs Manchester City the offerings live on Sky Sports. Leicester also take on Norwich, while Watford take on Everton and we’ve asked @AnthonyEadson to preview the latter and provide us with his best bets from Vicarage Road.

Everton claimed their first away win since August on Sunday afternoon, beating Leicester 2-1 at the King Power. Frank Lampard’s side will look to follow up that victory on Wednesday evening against already relegated Watford.

The Hornets suffered their sixth straight defeat at the hands of Crystal Palace last weekend and have been really disappointing in the second half of the season under the guidance of Roy Hodgson, winning just twice in the league since November.

Yerry Mina was forced off in the first half of Everton’s win over the Foxes and he looks set to miss out here along with Andros Townsend, and Nathan Patterson. Donny van de Beek and Ben Godfrey are looking for a return to the side, while opening goalscorer from Sunday, Vitalii Mykolenko is a slight doubt after coming off in the second half with cramp.

Watford also have a lengthy list of absentees for the visit of Everton with Tom Cleverley, Cucho Hernandez, Joao Pedro and Juraj Kucka all absent through injury. Hassan Kamara misses out through suspension, with Adam Mesina expected to slot in at left-back.

It’s not everyday you would see me getting behind a team to win at an odds-on price when they have won just two of their 17 away fixtures in a season. However, that’s the case here where I’m touting the Toffees to collect all three points, which could see them move four points clear of the drop-zone.

Sunday’s victory at Leicester should be the perfect springboard for Everton to carry on their good-run of form and get the vital win here on Wednesday. In total, it’s 10 points from their last five matches for Lampard’s side, including wins over Manchester United, Chelsea and Leicester.

Everton here face a Watford side who have been utterly dismal in front of their own fans for the majority of this campaign, losing their last 11 home matches in the Premier League -  the longest home losing run in Europe’s top-five leagues this season. Roy Hodgson’s side have shipped at least two goals in the last seven of those, with their latest defeat coming on home soil coming against Burnley 10 days ago, via a 2-1 scoreline.

Lampard’s team are showing fight at the moment and with Leeds and Burnley both suffering defeats at the weekend, there's the added incentive of being able to put four points between themselves and the pair.

I’ll also be having a small bet in this match on Richarlison to score and Anthony Gordon to be carded, which is available at just over 13/1 on bet365. The Brazilian is the only player in the Everton squad to have scored more than five goals in the league this season and has been very much their flag bearer in-front of goal, landing at least one shot on target in his last six games.

With Dominic Calvert-Lewin still not ready to return to the starting line-up, the impetus has very much been on Richarlison to fire in the goals and in total for club and country he has seven goals in his last nine appearances. Watford’s defence have failed to keep a clean sheet in their last nine matches and with them conceding at least two in their last seven at home, there’s plenty of scope for Everton to rack up a few goals.

I’ll be doubling up Richarlison to score with Anthony Gordon to be carded. Across his last eight appearances, Gordon has been shown a yellow card on three occasions giving appeal to the 5/1 on offer with bet365 here. He also picked up two yellow cards in four starts in the FA Cup this season and with what’s on the line here for Everton, I think he looks a good prospect for another at Watford.