UFC 264 Tips: McGregor to get the job done early? 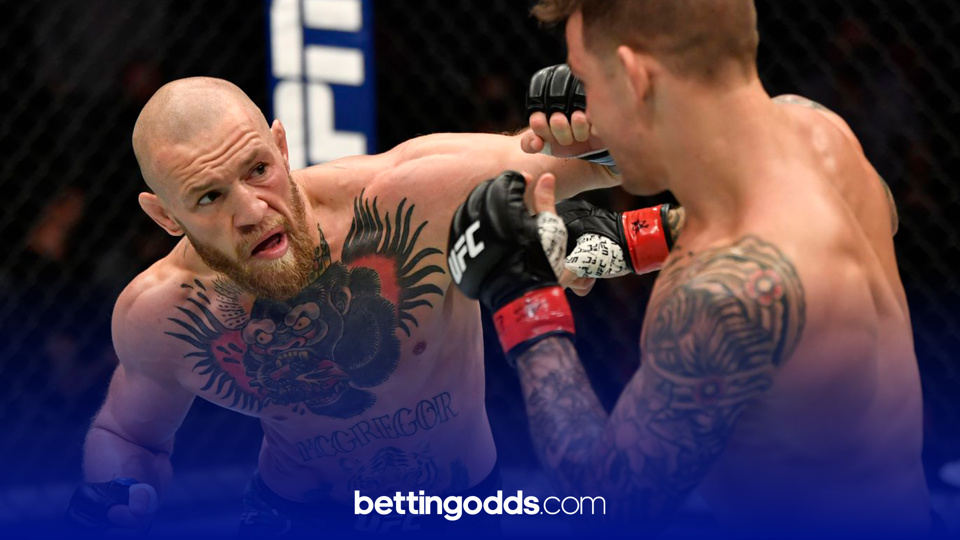 Conor McGregor and Dustin Poirier face off for a third time this weekend at UFC 264 which will be an incredibly tough card to beat in 2021 in terms of entertainment value. Poirier “shocked the world” in their last bout and became the first man to KO Conor McGregor in the Octagon.

It might be to many people’s surprise that Conor McGregor is now the underdog for this rematch which is the only time other than fighting Khabib that he has been the betting underdog since his historical win over Jose Aldo. Though he is only a slight underdog (EVS compared to the 4/5 of Dustin Poirier) the value is still with him in my opinion. We saw what happened to Nate Diaz when McGregor took the rematch and it was an incredible performance from the Irishman. I'm expecting Conor to adapt and change back to his old karate-esque style that he’s become famous for this weekend.

How will the fight will go?

This fight should definitely live up to expectations. We have a hungry Dustin Poirier who only has one loss in his last nine fights (the loss is to Khabib) and a Conor McGregor who is putting everything on the line and determined to put things right in this trilogy. As well as all this, these two simply love stoppages. Poirier has recorded 13 knockouts on his record with 7 submissions and McGregor has a solid 19 knockouts in his 22 wins and one submission. With all that in mind it should come as no surprise to see that the bookies have got this at 2/9 to not go the distance

Like I said earlier I do think there’s value in McGregor being the underdog, and there’s even more value in him winning by an early knockout. The Notorious is a 7/5 shot to win via knockout which doesn’t seem too good value wise to me but I do like the look of him to win in Rounds 1-2 at 2/1 with Paddy Power. I think if McGregor does get this done, it happens early. It took him two minutes to finish Dustin in their first fight and that’s where most of Conor’s knockouts have come, in Rounds 1 and 2.

Alternatively, if you fancy Dustin to win again, he could be worth a look at in the submission area. Poirier has just as many submissions as he does decision wins in his career and he managed to secure a take down on McGregor very fast in their last fight.

McGregor has five losses in his MMA career and four of them have been to submissions, his grand game simply isn’t on the level of many other fighters but he does back it up with incredible takedown defence. If Dustin sticks to his words “I might not even try the calf kicks this time” then we could see him get his wrestling background out which may not go well for Conor.

If you wanted anything to back up Poirier’s ground game, he managed to scramble well with Khabib and even locked in a guillotine attempt which probably would have got anyone but Khabib. Poirier is priced at 15/2 for a submission which given Conor’s record of losing via this method, could prove to be a decent play.

At the end of the day this fight in my opinion goes either two ways. Conor comes in and gets the job done in the first two rounds or Dustin starts to take over on the ground. The trash-talking McGregor looks to be in full flow this time so I’ll be leaning towards backing the 32-year-old when he’s like this. A confident, hungry, trash-talking McGregor with something to prove to the world, as the betting underdog? I’ll take that any day of the week.