Tottenham v Chelsea Tips: Hojbjerg the stand out selection in the shots market 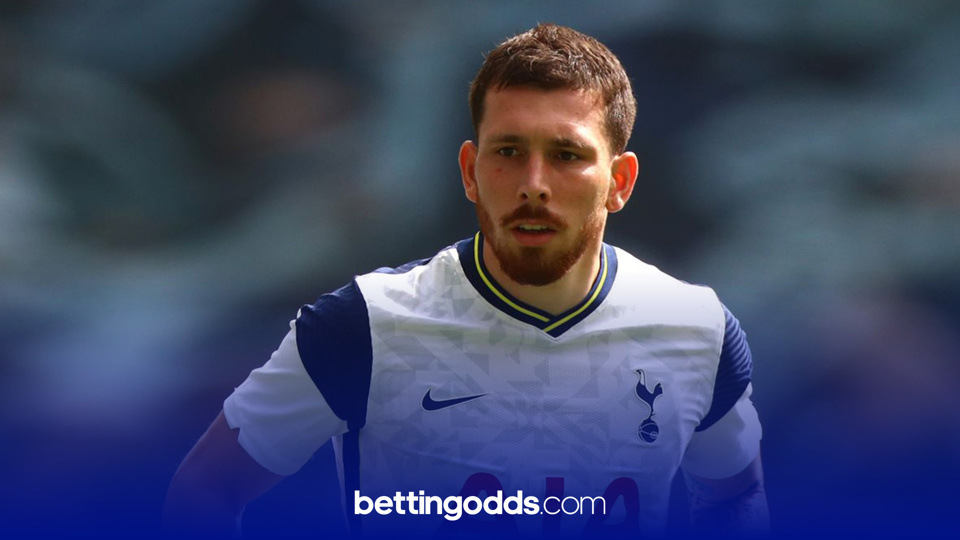 Pierre-Emile Hojbjerg has registered a shot on target in all three of his last home league games for Spurs and features in our football tips for Thursday evening
By Anthony Eadson
14:55 Wednesday 3rd February 2021 - 4 minute read

Jose Mourinho has never lost consecutive home games in the Premier League and will be hoping to keep that record intact as Spurs host Chelsea on Thursday evening. We’ve got three football tips for the game that kicks off at 8:00pm and can be seen on BT Sport 1.

Prior to Wednesday’s fixtures, Tottenham are six-points off the top-four places and will be desperate to close that gap after a disappointing January. Harry Kane, Sergio Regulion are both confirmed absentees with Tanguy Ndombele also a doubt after taking a few tough tackles in the defeat to Brighton.

Thomas Tuchel has opted for two very different starting XI’s to Frank Lampard after being appointed manager. Callum Hudson-Odoi is expected to continue at right-wing back with a start for Oliver Giroud also on the cards.

Jose Mourinho has failed to beat Chelsea in his last six attempts and the hosts are the outsiders at 5/2 to take the three points. The draw can be backed at 23/10 with an away win for Chelsea priced at 11/10.

Mason Mount 1+ shot on target from outside the box - 2pts @ 7/2 Betfair, Paddy Power

You may be surprised to hear I’m leaning towards Pierre-Emile Hojbjerg to have a shot on target against Chelsea on Thursday with the Danish midfielder not being the most likely of goal threatening candidates. At 10/3 with Betfair or Paddy Power however, I believe we are getting a good price on a selection that has landed in all three of Tottenham’s most recent home league games.

The 25-year-old has proved to be one of the signings of the season in the league and is just the type of player his manager loves. A real battle axe in the middle of the park, Hojbjerg has also proved he can help in attack, notably with a goal from outside the area against Liverpool last week. That’s the last three home games in which Hojbjerg has landed a shot on target and I can see Tottenham being restricted to shots from range on Thursday. Sky bet have this selection much shorter at 15/8 so I’ll be taking the 10/3 offering from Paddy Power.

Six of Mason Mount’s 10 shots on target this season have come from outside the area and I’m fancying a repeat should the young man be named in Thomas Tuchel’s starting lineup. After being left-out in the German’s first game in charge Mount put in a good performance against Burnley and put in a strong case for another start here.

In total, Mason Mount has started 18 league matches this season. He has landed a shot on target in five of those (28%) and with odds of 7/2 implying just a 22% chance of this selection landing, we are looking at a solid price. Again, not to always put down Sky bet but they currently have Mason Mount to have a shot on target from outside the box available at 11/8 (42%), so I’d certainly be going with Betfair or Paddys again.

Andre Marriner has a rather low average when it comes to yellow cards shown this season (2.76 per game), although it’s worth noting that Marriner only gave out one card in three of his first four fixtures this term. However, in his last six ‘Dre Marriner’ has given out 22 yellows with a much better average of 3.76 yellows per game. With this in mind I’ve opted for a small double on two players to be carded in both Moussa Sissoko and Mateo Kovacic at 28/1 with bet365.

I think we should see Moussa Sissoko back in a more conventional role in defensive midfield on Thursday after being deployed as a right-wing-back against Brighton at the weekend. The Frenchman was booked an impressive eight times in 29 appearances last season and has picked up two in 13 starts this campaign.

Mateo Kovacic was another serial offender in 2019/2020 when it came to yellow cards with eight in 33 games. The midfielder already has two Champions League and two Premier League cautions to his name this term and with fiery encounters in the past between these two sides I’m hopeful of a few bookings.

Best of luck to anyone following the selections on Thursday and please always gamble responsibly.