Three value outright bets ahead of the Premier League's return 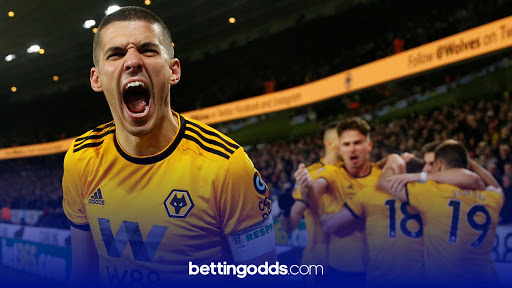 Can Wolves finish the season as strongly as they started it?
By Charlie Zazzera
17:00 Tuesday 16th June 2020 - 4 minute read

One hundred days since the last ball was kicked in the Premier League and we can now smell the sweet scent of the return to the greatest league in the world. At the start of the season you would have studied the ante-post markets for the real value and big returns, only for coronavirus to make you wait even longer.

However the league suspensions forced bookies to make a decision - most notably bet365, who paid out any winners and voided all other pre-season outright bets with other bookmakers paying out on the points-per-game resulted tables.

Taking a step back and looking at the outright markets, there’s still plenty of Premier League value to be had, so we’ve picked out three tips which should keep you stimulated for an arousing seven weeks of top-flight football.

It’s criminally gone under the radar how much of an impressive season Nuno Santo’s men have had this term. Remember this is the team who were playing Sunderland, Burton and Bolton two years ago and are now casually beating City and United as well as being in the driving seat in their Europa League Round of 16 game against Olympiacos.

Their season started nearly a year ago against Northern Irish outfit Crusaders in the early European knockout stages and they’ve since played a mammoth 48 games in the prestigious competition. This break is exactly what the squad needed to recover and refresh ahead of a run-in with it all to play for.

Currently two points off United in fifth, we fancy Wolves to improve on last season and steal a European spot once again. Their first three games are against sides in the bottom-five, before two huge games against Arsenal at home and Sheffield Utd away. If they come out of those five with three/four wins they’ll give themself a great chance.

Without the tribal atmosphere’s in the ground we think the most technical sides should benefit from the current situation and with the likes of Ruben Neves, Adama Traore and Raul Jimenez at their disposal, the West Midlands club have one of the best starting-XIs in the league.

Graham Potter’s attractive football has been at the detriment of results this season, having managed the second-fewest wins alongside Watford. Relegation rivals possess X Factor stars like Jack Grealish and Ismaila Sarr, so we’re struggling to see where Brighton’s goals will come from.

The Seagulls have a brutal start with games against Arsenal, Leicester and Man Utd, and no results from them could knock their confidence for the rest of the run-in. 11/4 with BetVictor makes this treble a tasty 29/1.

Jamie Vardy heads the top-scorer charts at the minute, but is only three in front of the Eygptian king, who at 6/1 looks massive value. Liverpool will be chomping at the bit to win their first ever Premier League title and Salah - the Reds’ designated penalty taker - will have one eye on making it three Golden Boot’s in a row, especially when he comes up against sides who have nothing to play for like Crystal Palace, Burnley and Newcastle.

Salah knows how to finish strong, in his last two seasons he’s averaged seven goals in his last nine league games and without Champions League football he could be even more deadly. The league leaders could be looking to do serious damage early on, putting teams away with high score lines and with Salah spearheading the attack, he could easily fill his boots. 5/1 at SkyBet and Betfred, make sure you get the value here with Paddy Power.

The Premier League may now be coming back but it doesn't mean you should start betting what you can’t afford. Enjoy the rest of the campaign and good luck with your bets!