As the Premier League edges closer to a return to action, we look back on some of the most memorable acts of survival in the division’s history…

With Liverpool having wrapped up the Premier League a good while ago, the most interesting angle for the remainder of the season looks likely to concern the relegation spots - with just eight points separating the bottom six sides with nine games remaining.

Indeed, each of West Ham United (16th), Watford (17th) and Bournemouth (18th) all sit on 27 points, while Brighton - who are one of several clubs to have voiced their concerns about playing out the season in neutral venues - sit in 15th position on 29 points.

Meanwhile, Aston Villa are second bottom on 25 points but have a game in hand on their rivals, while Norwich are slightly adrift from the rest - sitting six points from safety at the bottom of the table.

The Canaries seem certain to be playing Championship football next season as far as bookmakers are concerned,  being priced up as 20/1-on shots to be relegated, though history shows us that unlikely acts of survival are by no means impossible. With that in mind, we’ve picked out our five most memorable Premier League 'Houdini' moments.

Viewed by many as the ‘original’ survival artists, the Baggies seemed certain to suffer relegation due to the fact that they had endured the damning fate of being bottom of the table at Christmas.

No side had ever survived the drop when being in such a position, though Albion took their fight to the final day - which involved a four-way battle between themselves, Crystal Palace, Southampton and Norwich for 17th place and safety.

It’s the only time in Premier League history that all three relegation places have been decided on the final day, and West Brom’s pursuit for safety still seemed highly unlikely - given that they had to first defeat Portsmouth at home and then hope that each of their three rivals would drop points.

The combined betting odds for all four eventualities added up to an unlikely-looking 37.5/1, though goals from Geoff Horsfield and Kieron Richardson put Albion in control at the Hawthorns, and after a host of bitten fingernails, a late Charlton equaliser against Crystal Palace sealed history. 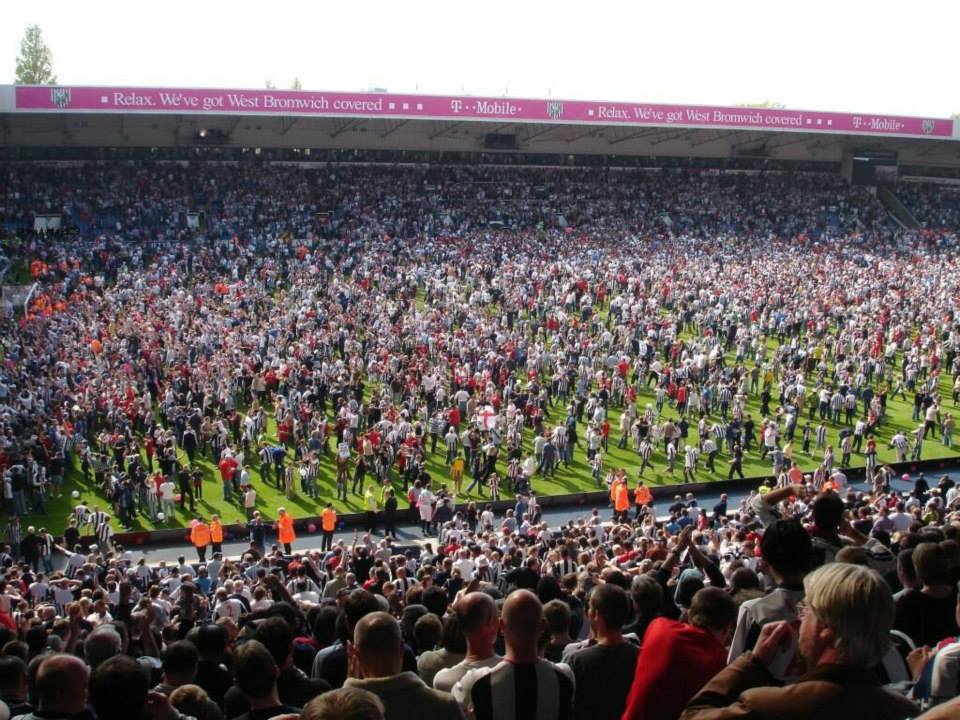 ON THIS DAY 2005: West Brom completed the great escape after being bottom at Christmas then to survive relegation on the final day of the season #WBA https://t.co/OQbVGOSp2w

Derby finished bottom of the table with a miserable 11 points in the 2007-08 season, and it seemed for the world that Fulham would be joining them in the Championship the following season in late April - when they trailed 2-0 to Manchester City at the Etihad with just 20 minutes to play.

The result would have meant that Roy Hodgson’s side were six points adrift with two games to play - effectively relegating them - before goals from Diomansy Kamara and Danny Murphy gave them hope.

Kamara would then pop up in the final minute to seal a remarkable comeback success, but Fulham weren’t finished there. The Cottagers still had to defeat Birmingham at home and the FA Cup winners Portsmouth away - and the combined odds for the three outcomes alone tally up to a pretty mean-looking 37/1.

The betting exchanges didn’t have quite the same liquidity in 2008 as they do now, but the cottagers would have hit a whopping price in-running to defeat Manchester City in this day and age! 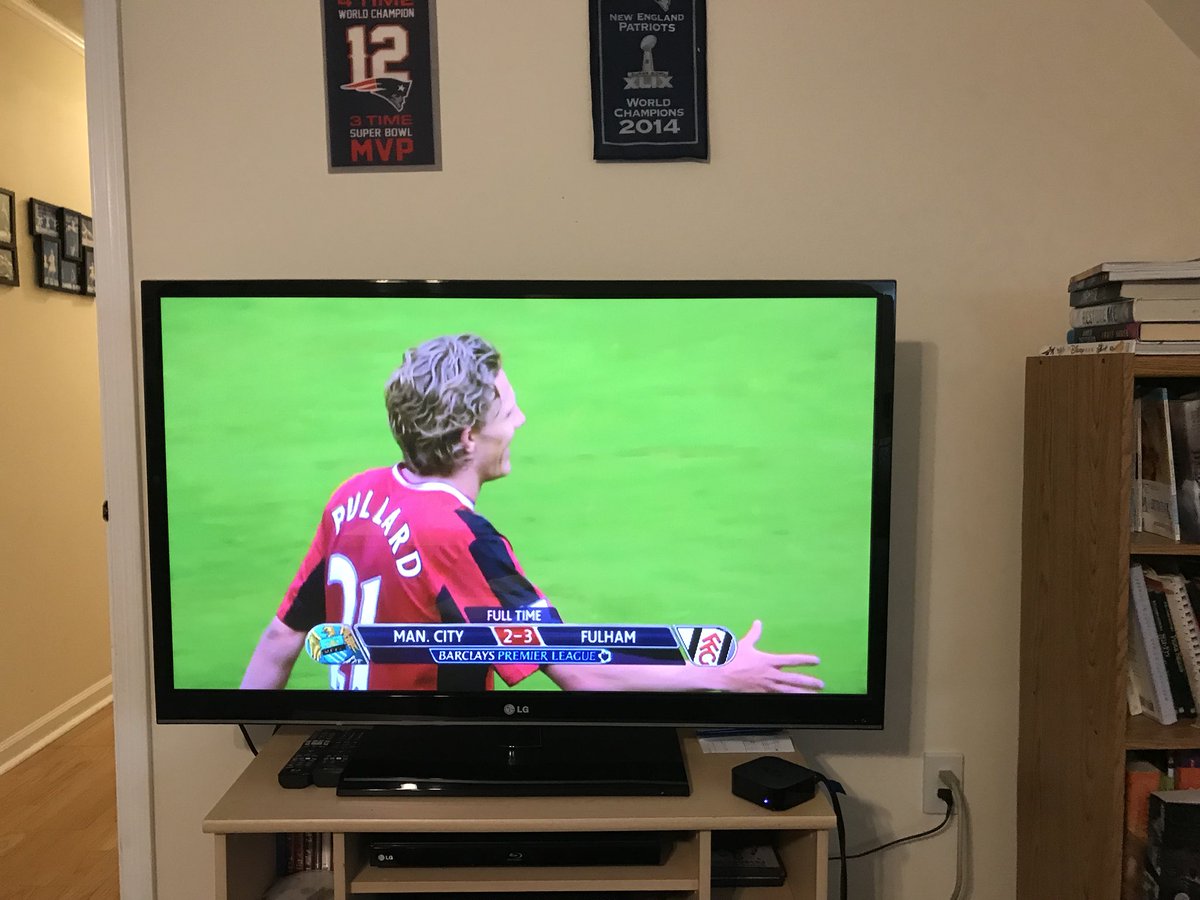 I just watched the comeback victory for Fulham against Manchester City in the Great Escape Season of 2007-2008. It still brings chills watching it. #FFC https://t.co/XPltBurCtl

Wigan are one of the most notorious escape artists in Premier League history, dancing with the devil for the majority of their eight-season stay in the division.

They would eventually succumb to the drop as FA Cup winners in 2013, though not before pulling off one of the most jaw-dropping runs of form we’ve ever seen 12 months before.

Admittedly, Latics still very much had survival in their own hands with nine games to play, sitting just three points from safety, but it was the nature of their run-in which earned them a place in this countdown.

Roberto Martinez’s men won seven of their remaining nine games, including recording their first ever wins away at both Liverpool (11/1) and Arsenal (10/1). To add to that, they dented Manchester United’s title hopes with their first ever victory over the Red Devils at the DW Stadium (8/1), and pulverised Champions League-chasing Newcastle United 4-0 in Lancashire - a correct score which would have paid out at an eye-watering 80/1.

Wigan followed the Newcastle result up with their first ever win at Ewood Park - which condemned Blackburn Rovers to the drop in the process - and a final day success over Wolverhampton saw them seal a comfortable 15th place finish.

Like Wigan two years before them, Sunderland produced a remarkable run of form to seal their Premier League survival under Gus Poyet - who had taken the reins from Paolo Di Canio earlier in the campaign.

However, Sunderland’s position in the table was much more bleak - and a run of seven defeats in eight matches meant that they were seven points from safety with six games remaining, with away games still to play at each of Manchester City, Chelsea and Manchester United.

The Black Cats had shown plenty of fight in the League Cup, reaching the final against Manchester City, and a battling 2-2 draw at the City of Manchester Stadium showed that Poyet’s men hadn’t given up on survival, either.

Sunderland would go on to win each of their next four games to secure safety in remarkable circumstances, winning 2-1 at Stamford Bridge (40/1 correct score) and sealing a 1-0 success at Old Trafford (20/1 correct score) - a run which even afforded them a defeat to Swansea on the final day of the season. 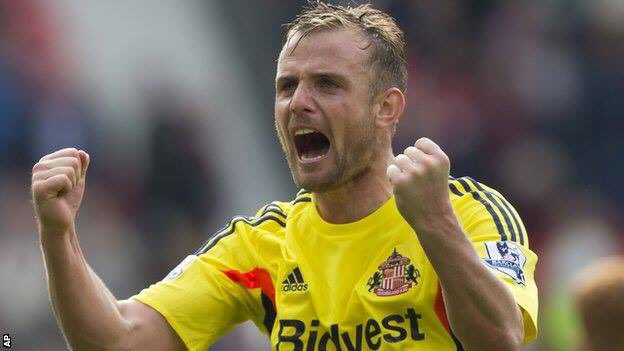 #onthisday in 2014 #SAFC continued to defy the odds in their 'great escape' with a 1-0 victory @ManUtd https://t.co/fOiXyQlkHx

It seems hard to believe now, but for the first decade of this century Leicester City struggled to even establish themselves in the Premier League - dropping down as low as the third tier for a season in 2008.

However, they returned to the top division after a 10-year absence in 2014 under Nigel Pearson, having won the Championship in convincing fashion the season before.

Leicester found the step up to Premier League level tough, though, and they sat seven points from safety at the bottom of the table with nine games to play.

Following a 4-3 defeat to Spurs in March, Leicester became the 1/6 favourites for relegation, with the bookies giving them just a 14.3% chance of staying up.

Pearson’s men discovered title-winning form at the beginning of April, however, and began a remarkable run which saw them win seven of their remaining nine games to seal safety - losing only to champions Chelsea.

They had already clinched their survival by the time their final game at home to already relegated QPR rolled around, but they celebrated in style, hammering the London side 5-1 - a result which was available at odds of 40/1.

Little did we know, this run would set the foundations for a title-winning team, and under the newly-appointed Claudio Ranieri, the Foxes defied 5000/1 outright odds to win the title the following season. 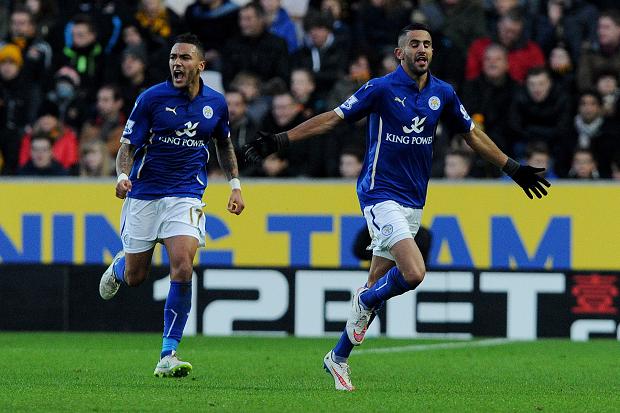 Watch the goal that set Leicester dreaming of the great escape in 2015. http://t.co/ZjwXUj2OQZ (PA) http://t.co/YI3WCjGtXu