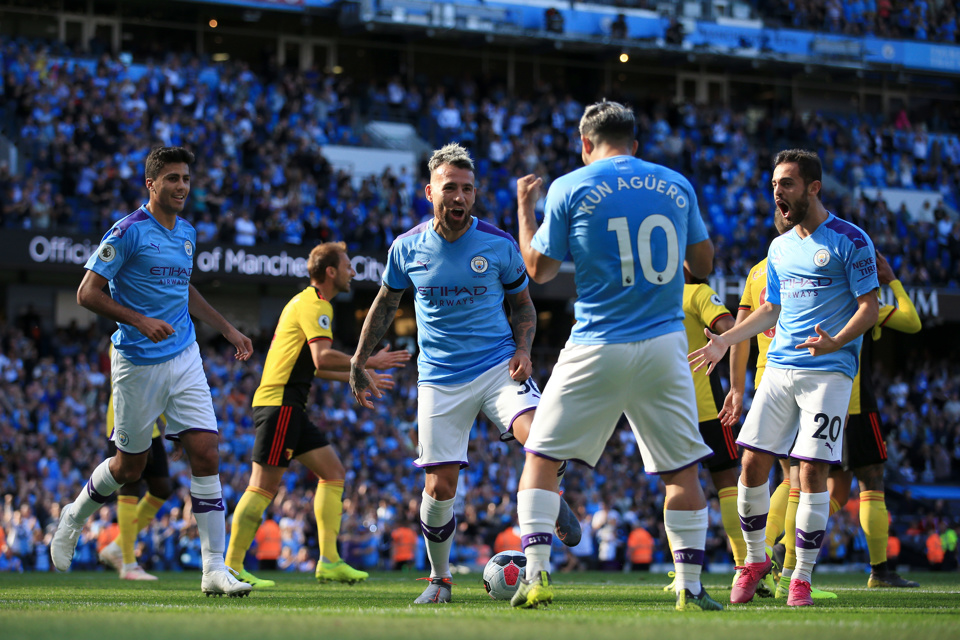 Landslide victories are rarely seen in top-flight football across the world. The strength of each team usually prevents a multitude of goals being scored by one side during any given individual fixture. Indeed, occasionally, the rules are broken. Provided they are not inflicted on the team you support, thrashings are one of the most satisfying things any football fan can witness.

There is nothing quite like watching your beloved club stick five or six past a helpless opponent who find themselves out of sorts and down on their luck, while the satisfaction gained from watching one side you care nothing about absolutely tank another side you have no allegiance towards is also one of football’s major plus points.

A decade ago today, Chelsea clinched the Premier League title after an 8-0 demolition job on Wigan Athletic. With this in mind, BettingOdds.com thought we’d take a look at five of the biggest thrashings in Premier League history, while discussing the odds behind each victory.

These really were the glory days for Southampton. Under the watchful eye of Ronald Koeman, a squad packed full of top-class players which included the likes of Graziano Pelle, a prime-time Victor Wanyama, Dusan Tadic, Nathaniel Clyne and Toby Alderweireld (I can keep going) welcomed a hapless Sunderland to St Mary’s in what turned out to be a completely one sided affair on the south coast.

Helped by no more than three (yes, three) own goals from the treacherous Blackcats, the Saints continued to pour misery on their north east opponents throughout what must have felt like the longest Saturday afternoon in history for Sunderland. Five more goals from the hosts’ actual players - Pelle (2), Jack Cork, Dusan Tadic and Wanyama - rounded off an emphatic victory for Koeman’s men, the biggest in the club’s Premier League history.

Southampton’s odds to win 8-0 that day were a colossal 500/1, which means there was only a 0.2% chance of the correct score actually landing - perhaps understandable when you assess the Saints’ usual domestic form.. 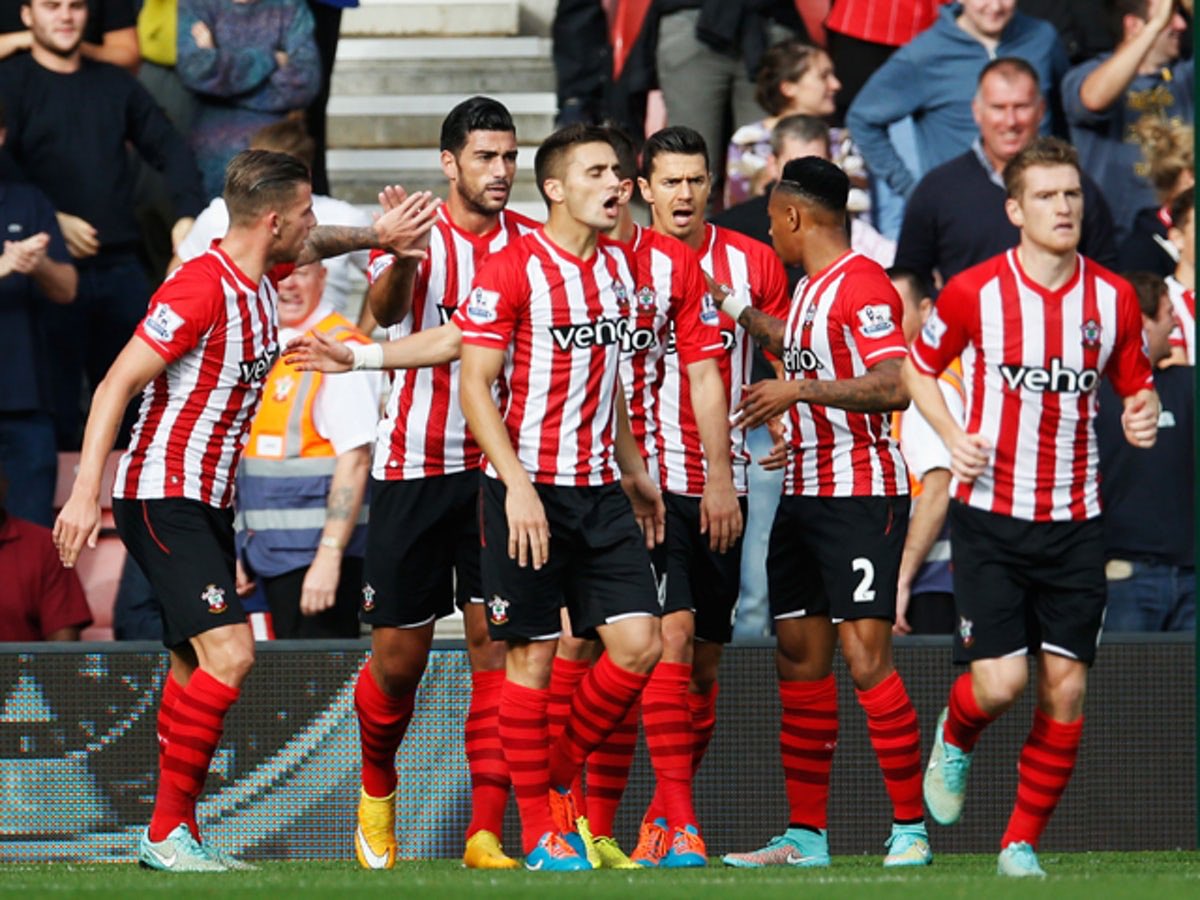 One of the most bizarre games I've ever been to.

The game has SEVEN different scorers, which included a bullet from Sunderland's Vergini 🤣

Tottenham’s annihilation of Wigan back in 2009 is one of the most well-documented drubbings in Premier League history. Jermain Defoe proved to be the star of the show for Spurs, netting five goals throughout an extremely one-sided clash at White Hart Lane. Peter Crouch, Aaron Lennon and Niko Kranjcar also got in on the action for the hosts, who were helped by an own goal from Latics shot-stopper Chris Kirkland late on.

Paul Scharner did manage to grab one back for the visitors early in the second-half, though it was nothing more than a consolation goal during an incredibly forgettable afternoon for Roberto Martinez’s side. Threatened by relegation throughout the most-part of the campaign, Wigan actually managed to avoid the drop by finishing 16th, much to the surprise of many after they had capitulated so badly against a ravenous Tottenham side on a fateful outing in north London. 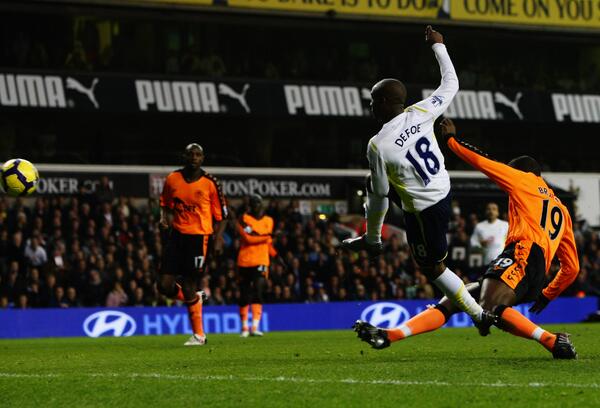 Moving to more recent times, Manchester City’s 8-0 drubbing of Watford this season won’t be forgotten in a hurry, by fans of either club. After just 18 minutes the scoreboard at the Etihad read 5-0 in the hosts’ favour; by the hour mark it was seven.

David Silva opened the scoring inside the first minute, before a flurry of quick-fire goals from Sergio Aguero, Riyad Mahrez, Bernardo Silva and Nicolas Otemendi put the game out of reach before the 20th minute. Bernardo Silva claimed the hat-trick ball after the break with two more goals, before Kevin De Bruyne rounded off a memorable win for the Cityzens five minutes from time.

The correct score was priced up at 66/1 before kick-off, with bookmakers giving it an implied probability of 1.5% in landing. That is actually extremely short for a scoreline of that magnitude, especially considering City had fallen to a surprise defeat against Norwich the week before. A throwback to the mid-90s here, as Manchester United take Ipswich Town apart at Old Trafford. Just like Defoe against Wigan, Andy Cole was the star of the show in this one, scoring five goals for the Red Devils to heap misery on the travelling Tractor Boys. Roy Keane, Paul Ince and Mark Hughes (2) also found their way onto the scoresheet, in what holds the record as the joint-largest defeat in Premier League history.

Ipswich didn’t have the best of seasons that year (you might have guessed), and were relegated from the Premier League after finishing rock-bottom. They are yet to return.

Find out where we ranked him in our list of the 100 greatest sever Premier League player 👉 https://t.co/5uNcvXy6fC

If you’re a Southampton fan, prepared to be brought crashing down to reality. Presumably you were reading this article with an extremely smug grin on your face, but perhaps wary about what was about to come. Well, here it is. We couldn’t mention Ipswich’s mauling in ‘95 without talking about the complete disaster which occurred against Leicester on a cold, wet and windy Friday evening - in front of the Sky cameras - back in October 2019.

Ben Chilwell’s 10th-minute goal set the precedent for the Foxes, before Ryan Bertrand’s instant dismissal for a reckless foul on Ayoze Perez saw Southampton completely fall apart. Youri Tielemans added a second for the visitors in the 17th minute, before Ayoze Perez made it three just two minutes later. Perez notched his second of the evening just before the break, before completing his hat-trick just before the hour mark. Jamie Vardy also bagged himself a second-half hat-trick, while James Maddison also got in on the act with a goal near the end.

A tragic night for the Saints, but a phenomenal performance from a Leicester side who have been incredibly impressive throughout the whole campaign. Weirdly enough, though, Southampton actually managed to beat the Foxes 2-1 in the reverse fixture at the King Power in January. So, not all bad.

Leicester ran riot against ten man Southampton. Bertrand was sent off in the 12th minute leaving them vulnerable for over 80 minutes as the Foxes flexed their attacking muscles with Perez taking home the match ball. https://t.co/oYLGOu5yqV