Delving into the odds behind some of Gareth Bale's finest moments 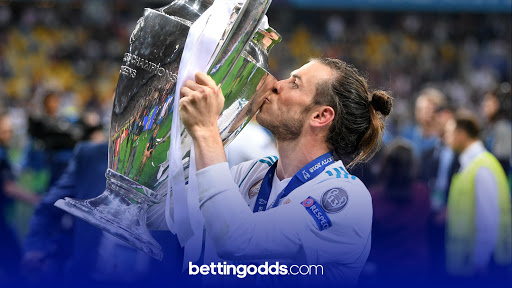 On Gareth Bale's 31st birthday, we take a look at the odds behind some of the best moments of his career
By Callum Pragnell
17:02 Wednesday 15th July 2020 - 6 minute read

As Gareth Bale turns 31, BettingOdds.com takes a look back at five of the Welshman’s best ever games for club and country, and dives into the odds behind those special moments.

After joining Tottenham from Southampton in 2007, it took Bale a while to settle in at White Hart Lane. Indeed, as it has been well documented, the Wales star found himself on the losing side for Spurs in his first 24 appearances which left plenty of room for ridicule from rival supporters.

However, moved from left-back to a more advanced position on the left hand side of midfield by then-manager Harry Redknapp, Bale really started to kick on. This group stage clash against holders Inter Milan in the 2010-11 Champions League, where Bale effectively ended Maicon’s career, is synonymous when you think of the Welshman in a Tottenham shirt.

Gliding effortlessly past the Brazilian full-back with his blistering pace and unstoppable power like a freight train travelling at full speed, Bale notched two assists in a 3-1 win for his side on home soil, boosting their chances of qualification from Group A. The correct score was 18/1 that evening, and Spurs ended up winning their group before being knocked out of the competition by Bale’s future club Real Madrid in the quarter-finals.

Throwback to Gareth Bale's performance against Inter Milan in the Champions League. 🔥

One of the most iconic performances from a player on the big stage. He destroyed Maicon during that tie. 😲

Wind on four years, and Bale has made it to his first Champions League final. Now at Real Madrid following his record-breaking £85m move from Spurs in 2013, Los Blancos lined up against bitter rivals Atletico Madrid in Lisbon looking to obtain their 10th European Cup.

It was Atletico who took the lead in the first-half through Diego Godin, though, and the trophy appeared to be heading to the Vincente Calderon with no more goal scored as the clock struck 90 minutes.

That was until Sergio Ramos headed home from a corner in the 93rd minute to force extra-time. With just 30 minutes standing between Real and the unforgiving lottery of a penalty shootout, Bale stepped up to the plate and put his side in front on the 110th minute, opening the floodgates for Madrid to score two more and win convincingly 4-1.

Real were solid 6/5 favourites to beat their 3/1-priced rivals before kick-off, but were given a monumental scare until Ramos bailed them out of trouble right at the death, and Bale provided another vital goal in extra-time to lift the first of his FOUR Champions League trophies with the Spanish titans. 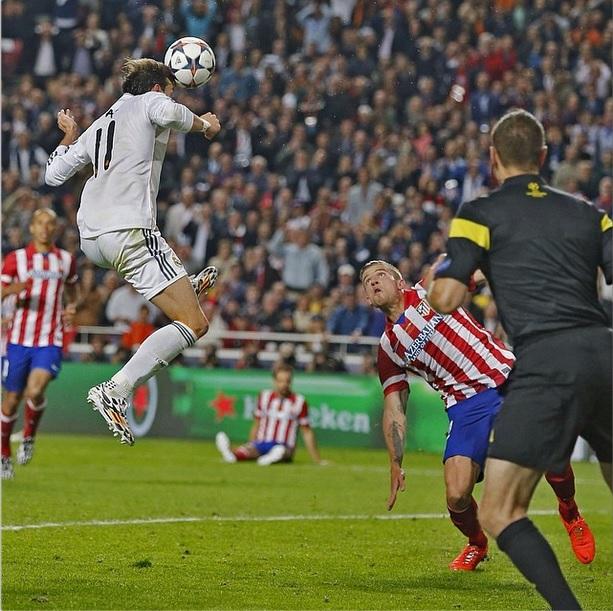 ON THIS DAY: In 2014, Gareth Bale scored the winning goal in the Champions League final to help Madrid win La Décima. http://t.co/UfQ2Y0mcOh

Real Madrid often steamroll their far-inferior opponents in La Liga, but this 10-2 drubbing of a helpless Rayo Vallecano back in December 2015 just took the mickey.

Granted, Madrid’s opponents did end the match with nine men, but the hosts did not view that as an opportunity to take their foot off the gas, especially a ravenous Bale who completely stole the show by scoring four goals for the first - and so far the only - time in his illustrious career.

I’ve had a rummage around in the archives and due to 10-2 being a completely unheard of scoreline in modern football, no bookmaker actually offered odds on the game ending in the way it did.

10-1 was priced up at a rather slim looking 150/1, however, although I struggle to comprehend anyone who’d have actually backed it. If you did, please let us know on Twitter @BettingOddsUK and i’ll send you the money for a deserved pint! 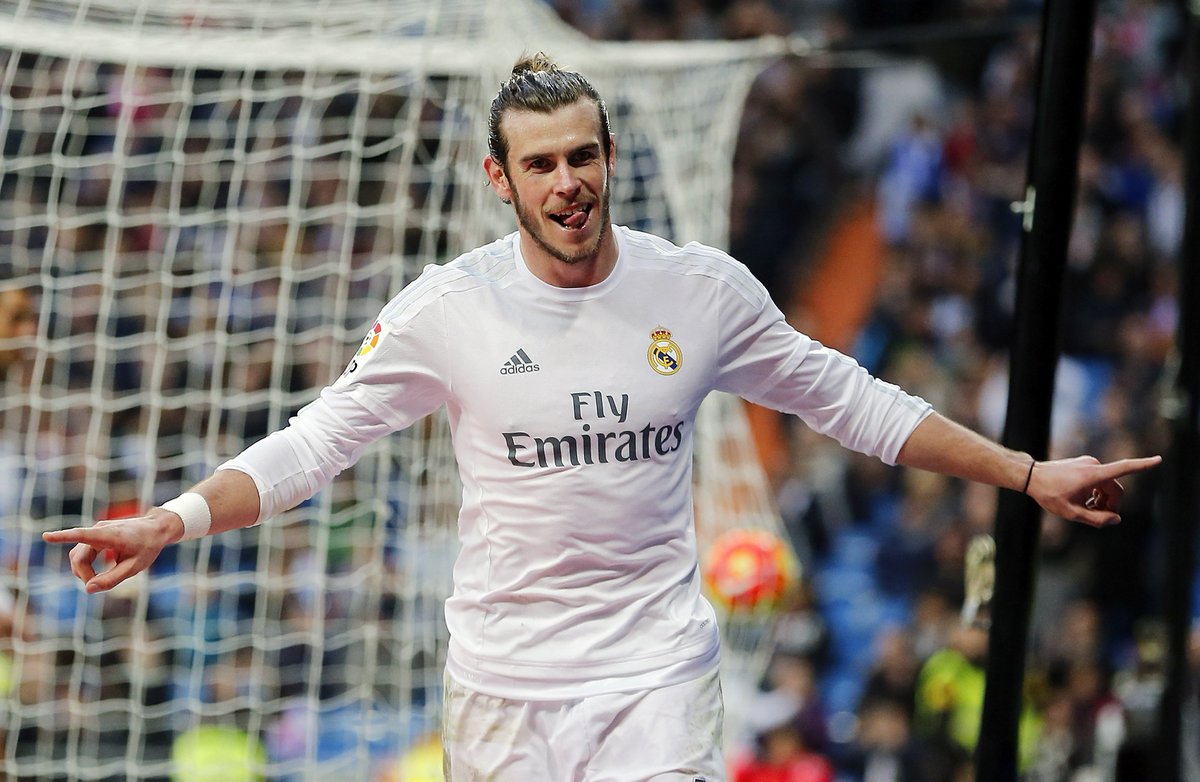 Wales’ journey at Euro 2016 was full of unprecedented highs, as the Dragons made it into the semi-finals of the competition for the first time in their history.

Bale’s scintillating performances throughout the qualification process were pretty much the sole reason why his beloved country even made it to the tournament in the first place, and he carried that form in the finals in France by scoring three goals (who can forget that free-kick against England) as the unfancied Brits became one of the stories of the whole competition.

After pipping rivals England to top-spot in Group B, Wales beat Northern Ireland 1-0 in the last-16 to book their place in the quarter-finals against Belgium. Priced at 4/1 just to win that match against Marc Wilmots’ European heavyweights, Wales stunned the footballing world by beating Belgium 3-1 thanks to goals from Ashley Williams, Hal Robson-Kanu and Sam Vokes - the correct score was a huge 50/1!

After the Belgium game, Wales' European Championship winner odds were cut to as short as 6/1 from 25/1, which was massive considering they were a gargantuan 80/1 to win the tournament before it started.

Bale was the driving force behind his country’s fairy tale journey to the semi-finals of Euro 2016, where in the end they would lose 2-0 to eventual tournament winners Portugal.

This free-kick in Wales’ tournament curtain-raiser against Slovakia was certainly one of his best highlights from the tournament...

A list of Gareth Bale’s defining moments would not be complete without this absolute wondergoal now, would it? Few players can say that they’ve scored a goal in a Champions League final, even fewer can say that that goal was a world-class overhead kick. Gareth can.

I vividly remember watching this goal live, crammed into a tiny pub, waiting far too long for a moody barman to pour me an overpriced pint, peering over the 6ft 5 individual standing directly in front of me (of course he was).

Arguably the best goal ever scored in a Champions League final, and one which helped Madrid win their 13th European Cup by beating Liverpool 3-1 - the correct score was 16/1 - this work of art will live long in the memory, even if I could only see about a third of the screen at the time.

The greatest goal EVER scored in a final.

With Bale’s future at Real Madrid looking all but over, we could well see the Welshman finally depart the Spanish capital ahead of next season; below are a list of the 31-year-old’s prospective clubs alongside each of the odds. 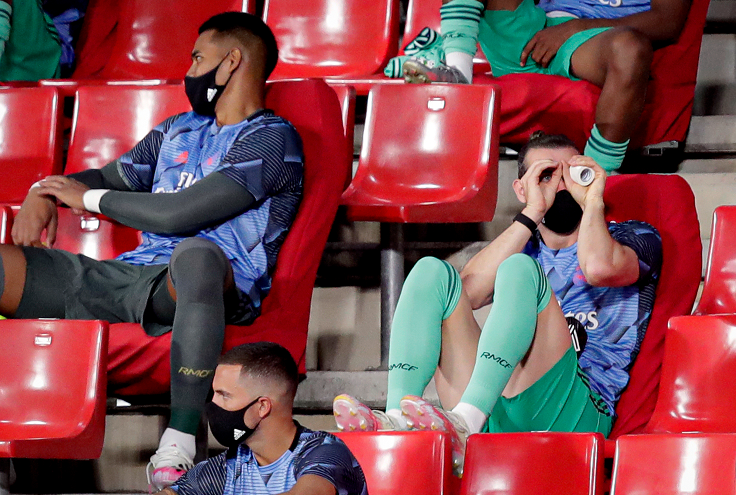 Gareth Bale is at it again already for Real Madrid

He really doesn't care at this point... 🤣 https://t.co/Q2hgtXPwMO