2022 World Cup Fixtures: When the matches will be played and latest betting 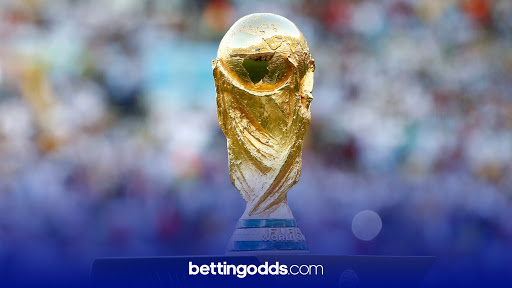 FIFA have today announced the official dates for the 2022 World Cup in Qatar. The tournament will kick-off on Monday 21 November 2022 and will run right through to the final on Sunday 18 December 2022.

For the first time in the competition’s history, the World Cup will take place in winter due to the searing heat in the Middle-East making it impossible to play football in during the summer months, with leagues across the globe pausing domestic action midway through the campaign to cater for the four-week tournament.

Here is all you need to know about the 2022 World Cup in Qatar, from the qualifying phase to the dates of the finals.

Qualifying for the tournament began last June, as minor nations from the Asian confederation played their first round of matches, with Mongolia beating Brunei Darussalam 2-0 in the opening qualifier for the 2022 World Cup.

Indeed, European qualifying for the 55 nations hopeful of representing their country in Qatar - including England - will not start until March 2021, with the draw being made for said qualifiers on 29 November.

The South American leg of qualifying was initially meant to start in March, but due to the coronavirus pandemic that was postponed until September. Matches are likely due to be held behind-closed-doors as the COVID situation continues to be monitored worldwide. 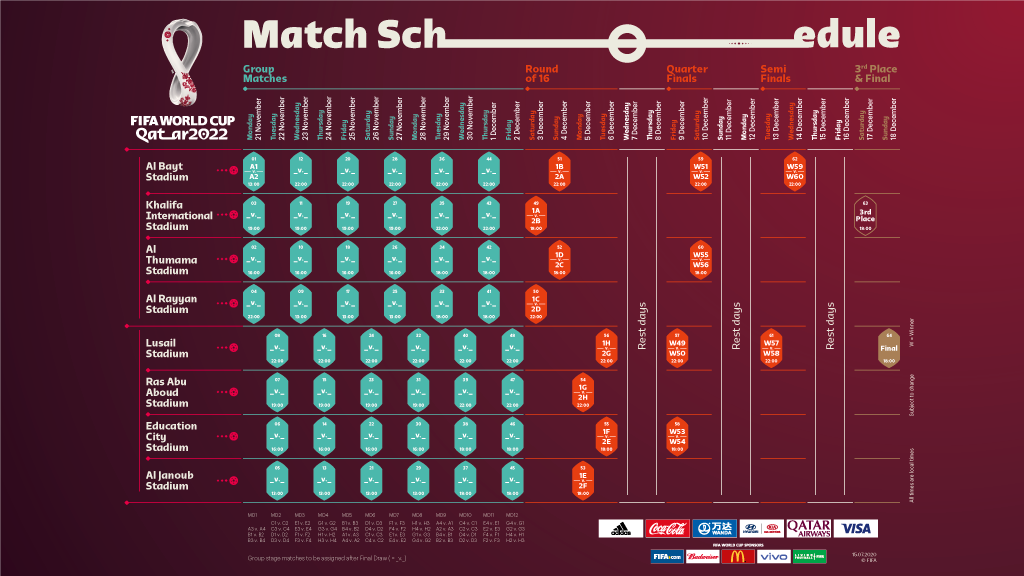 As mentioned above, the group stage phase for the 2022 World Cup will begin on Monday 21 November and run through until Friday 2 December. During these twelve days there will be a total of four games played on each day (48 games in total), so plenty of chances for us all to get engrossed in the World Cup betting.

Each group stage match will be hosted in one of the eight brand new state-of-the-art purpose-built stadiums.

The 16 teams who qualify from the group stages will each play each other in the first knockout phase. The first two round-of-16 matches will take place on Saturday 3 December, then there will be another two played on Sunday 4 December.

The dates for the quarter-finals have been confirmed for Friday 9 & Saturday 10 December (two games on each day), while the semi-finals will take place on Tuesday 13 & Wednesday 14 December (one game on each day).

The final of the 2022 World Cup will be held on Sunday 18 December at the Lusail Stadium, while the third-place play-off will take place the day before on Saturday 17 December at the Khalifa International Stadium.

Brazil are current favourites to be crowned the World Cup winner in 2022 at odds of 9/2 - an 18% chance of going the distance for the first time since 2002 - while holders France follow up in the betting as second-favourites, given a 17% chance of repeating their 2018 exploits.

Germany are an 11/2 chance, while Spain are currently priced at 6/1 and Argentina are 8/1.

England’s price to win their first World Cup since the late-60s currently stand at 10/1.

The 2022 #WorldCup starts on the 21st of November and Brazil are the current favourites...