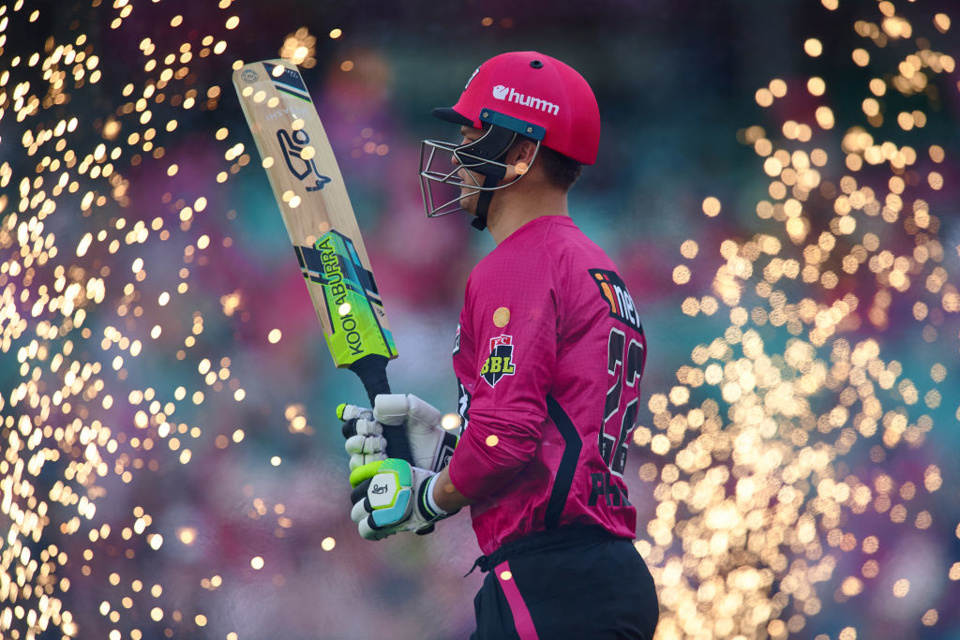 We may not see fireworks from Josh Philippe on Wednesday due to Covid
By Neil Monnery
16:04 Tuesday 25th January 2022 - 3 minute read

With it being a quiet week in terms of football previews, Neil Monnery has decided to spice up his Wednesday morning with a bit of Big Bash action. The Sixers have Covid related issues and they may be missing one of their best players and that has changed his mind for who will come out on top...

Covid-19 may be the key factor as we head into the BBL Challenger on Wednesday morning (UK time) as Mickey and Jack Edwards have both already been ruled out having tested positive for the disease. The news that star wicketkeeper Josh Phillippe is expected to be put in Health & Safety Protocols as well though is the big one.

The opening batsman is undoubtedly the key man for the Sixers at the top of the order. Three scores of 72 or above in the first four games of their campaign showed just what a destructive player he can be. 57 has been his top score since but he’s always one you have to plan for. Should he not play then the men in magenta will be without both of their openers from last year’s run to the title as James Vince is currently in Barbados playing for England.

There are reports that Steve Smith could play but Cricket Australia are reluctant to allow him to and they barred his return for the Qualifier a few days ago. 20 year-old Paddy Rowe is expected to fly up to Sydney to be the Covid replacement should the former Australian captain be held back.

It is only just over a week since the Strikers thrashed the Sixers by eight wickets. It was Englishman Ian Cockbain who blasted 71 that day and the 34 year-old replacement for Rashid Khan smashed 65 last time out against the Thunder to help get his team to this point. I like him to continue his red hot form and top score for Adelaide. At the time of writing BetFred offers the best price in this market with odds at 18/5.

Matt Short has been one of the most consistent players throughout BBL 11 as the 26 year-old is the second highest scorer for the competition. 487 runs in 15 innings with a Strike Rate of 156.09 is excellent. Three half-centuries so far is good but more importantly he’s only twice failed to notch up double digits in terms of runs.

These two teams also have the bowlers with the most wickets in edition of the tournament. It is former Australian international Peter Siddle who leads the way, the Strikers’ acting captain has taken 29 wickets, which is five more than the second most - Sixers’ Hayden Kerr.

Alex Carey and Travis Head both returned from international duty last time out and will be available for Adelaide. Sydney have Nathan Lyon back in the fold and are still hopeful Steve Smith joins him.

I’m not sure that the bookmakers have caught up with the Josh Phillippe news as yet as the Sixers are still favourites with several bookmakers. You can get Evens with bet365 and SBK as of the time of writing and I like them to pull off the surprise and beat out the back-to-back champions.

Pakistan Super League 2022 Prediction as BettingOdds.com preview PSL 7 and offer up their best Betting Tips for…