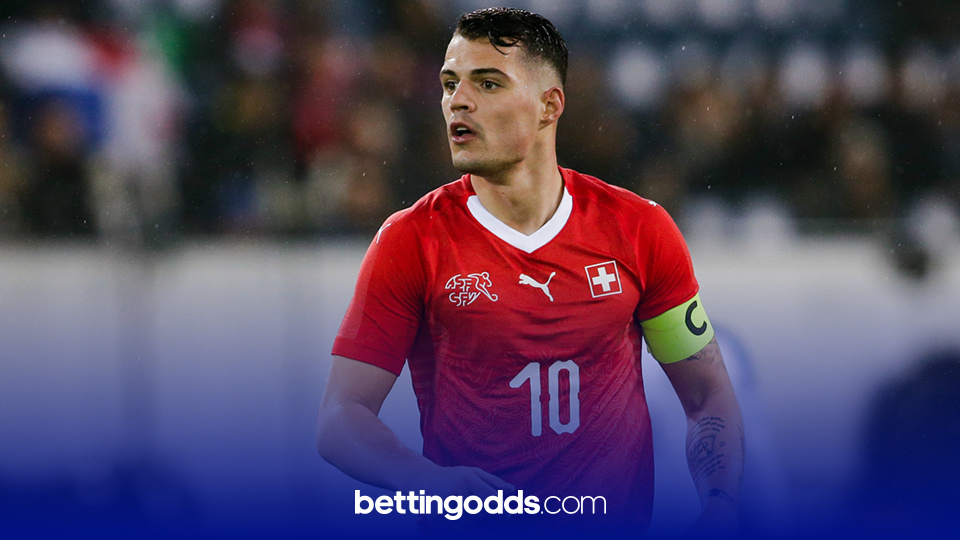 Switzerland are fairly inexperienced when it comes to the European Championships, having only qualified for the competition four times in their history - and one of those was because they hosted the tournament in 2008. The furthest they have ever reached is the last-16 five years ago at Euro 2016, so it would be hugely surprising to see them go too far at Euro 2021.

Although, they have a decent chance of qualifying for the knockout phases - most likely as runners-up to Italy in Group A - if they can overcome Wales and Turkey during the group stage. Personally, though, I think that both of those teams are stronger than them and their journey will end relatively early.

There aren't too many consistent goalscorers for the Swiss national team at present, aside from Benfica front man Haris Seferovic. The 29-year-old has notched 22 times for club and country combined this term and will undoubtedly be his country's biggest goal threat at Euro 2021. Seferovic is a hugely experienced player having turned out 73 times for Switzerland, scoring 21 goals in that time, and is certainly the player to get behind if placing a Shots on Target bet on the Swiss (averaging just under 1 p/g this term) at this summer's competition.

Xherdan Shaqiri may only be a bit-part player for Liverpool but he is still one of the key men for his country. The Reds forward - who combined has 42 career Premier League goals and assists to his name - brings a touch of class to this Switzerland side, alongside a wealth of experience having turned out 86 times for his country (23 goals). He has averaged 2 shots per game for Switzerland this time out, so could be a worthwhile consideration in the shots markets for your upcoming Bet Builders.

Death, taxes, Granit Xhaka being booked. The three certainties in life. While the Arsenal midfielder may be well-known for his ill-timed challenges and ability to pick up cautions, he is often a calming influence in the centre of midfield, especially at international level. His booking stats are unavoidable, and somewhat mouth-watering when you think of the betting opportunities they often lead to, but it must be said that without Xhaka's experience and know-how in the centre of the park, this Switzerland team would be severely weakened.

22-year-old attacking-midfielder Ruben Vargas is definitely the player to watch for Switzerland at Euro 2021. The Augsburg starlet has scored six goals and provided three assists in the Bundesliga this season and will provide the Swiss with a cutting edge in the final third. He has averaged 1.2 shots per game in 20-21, showing just what a forward-thinking player he is, and will hopefully flourish at his first major tournament this summer.

Switzerland are huge outsiders to win their first ever European Championship in the summer, priced at 80/1 with several firms. The likes of Paddy Power and bet365 go a fair bit shorter, however, offering 60/1 and 66/1 respectively.

Switzerland's manager is Vladmir Petkovic, who has managed the national team since 2014. Prior to taking charge of the Rossocrociati, the 57-year-old had managed Lazio, Sion and Young Boys among several other club teams in Europe.