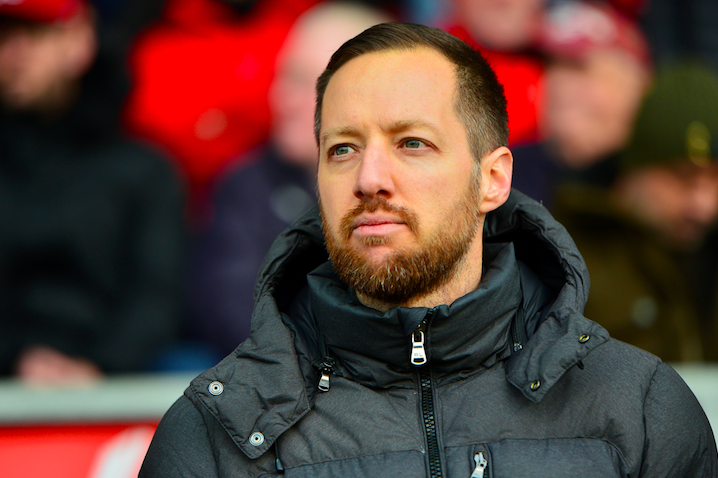 Swindon vs. Port Vale: Ben Garner will have his men fired up in front of a sell out County Ground
By Adam Roberts
12:00 Saturday 14th May 2022 - 4 minute read

It's play-off season people! Yes we're at the time of the year when the EFL end of season show piece matches become front and centre in the hearts and minds of the average football fan. We've asked our lower league ligger @OddsT3rrier to preview the League Two first leg match between Swindon Town and Port Vale and he's given us his best two bets.

We've the treat of an early kick off on Sunday in the League Two play-offs and the County Ground will be full and rocking. Swindon come into this fixture in supreme form, winning their last four and five of their last six. Expected wins over Hartlepool, Barrow and Walsall were sandwiched either side of an extremely impressive win over champions Forest Green. Ben Garner's men will go into this fixture full of confidence of taking a lead into the 2nd leg at Vale Park.

Port Vale kind of stuttered into the play-offs; at one point they looked a real contender for the top 3 spots, after a superb run of nine unbeaten, but three straight losses (including one against eventual 3rd placed Bristol Rovers) condemned them to the harder route of the end of season knock out show piece. A win on the final day against already promoted Exeter, will at least give them a bit of a bounce heading into this massive two-legged affair.

Garner has no new injury problems and should stick with an unchanged line up for this one.

Port Vale boss Darrell Clarke is sweating on the fitness of Chris Hussey after he came off against Exeter.

The first pick is for The Robins to win this one in the 90 minutes. As previously mentioned, Swindon are the form team heading into these play-offs whilst Vale have been poor of late. Honours were even in the league between with Vale 2-1 winners at the County Ground back in September and Town 3-1 winners at Vale Park in January. Garner has his men playing with a swagger in recent weeks though, in part due to playmaker Jack Payne (more on him later) and leading scorer Harry McKirdy.

I think this one will be close but I see Swindon just nicking a narrow lead for the second leg.

As I hinted to above, the second pick is based around the 27-year-old Swindon playmaker Jack Payne to score. The Englishman has had a stop start career, starting out impressively at Southend United which earnt him a move to Championship club Huddersfield Town back in 2016. Things never really clicked at the John Smiths Stadium for Payne and after a succession of loan moves he was signed by Lincoln City. He joined Swindon in 2020, but it's this season which has really started to see his talent flourishing.

Payne has 18 goal involvements with 13 goals and 5 assists this campaign and I was initially drawn to a Payne assist. Four of those five assists have come in his last six games in the league and he is a threat with through balls, whist also being an excellent dribbler of the ball. William Hill have him at 3/1 to pick up another on Sunday.

However, it's his ability in front of goal that swayed me towards a to score anytime bet. Payne is second for goals (13), shots (88) and shots on target (36) , behind only McKirdy this year and has picked up three in his last three matches, including a brace against Walsall. He is also their designated penalty taker which increases our chances. Bet365 have boosted the price on Payne all the way out to 11/4. He's as short at 2/1 at Boylesports.

If you are following either selection then good luck and gamble responsibly.