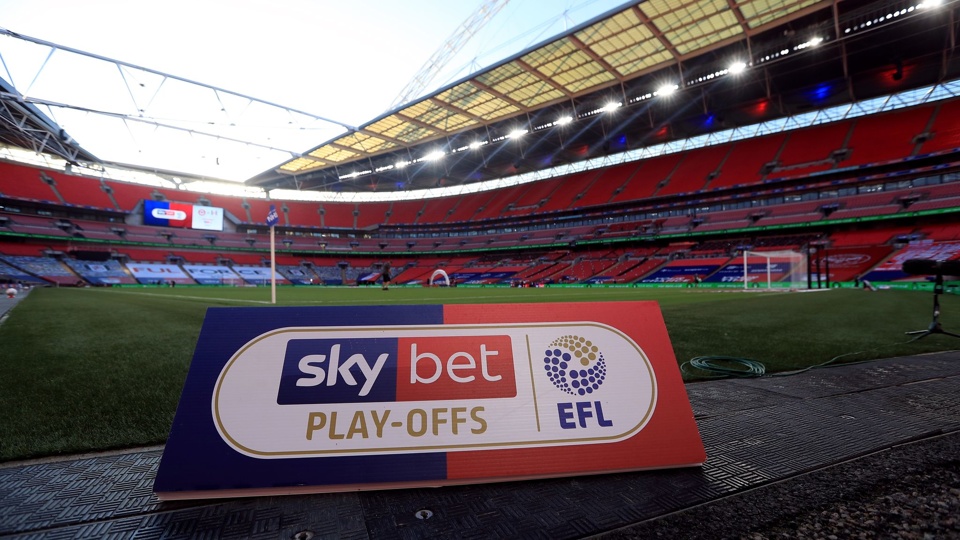 Sunderland vs. Wycombe Wanderers: Wembley Stadium will be the host to the climax to a brilliant League One season
By Adam Roberts
14:27 Thursday 19th May 2022 - 4 minute read

It's the big one! League One comes to a thrilling climax on Saturday afternoon with a play-off final between Sunderland and Wycombe Wanderers at Wembley Stadium. We've asked our EFL egghead @OddsT3rrier to preview this massive occasion for the two clubs and he's provided us with his two best bets.

Without using too many clichés this really is a clash of polar opposites. The long time Premier League sleeping giants of Sunderland take on the former non-league minnows of Wycombe Wanderers. The Chairboys reached the hallowed land of the Championship for the first time in their 135-year history, just two years ago and are hoping to bounce back there at the first time of asking. Manager Gareth Ainsworth is amongst the favourites for the next Blackburn Rovers job and what better way to sign-off, than to take the club he has played for and managed since 2009 back to the Championship.

They will have to beat a side though, that has huge pedigree and support. The Black Cats have won six top-flight titles and finished runners-up five times early in their formation, but in recent years have fallen on harder times, spending almost half of the last 75 years out of the top flight and five years in the third tier. They badly need to start moving back up the Football League and will hope to do that in front of their fanatical support. They will have over 46,000 fans there on Saturday - more than double that of Wycombe and boss Alex Neil will hope the partisan atmosphere will drive his men forward to victory.

At the time of writing there are no new injury issues for either team and Alex Neil will be hugely encouraged by the potential return of midfielder Carl Winchester and star loan-striker Nathan Broadhead.

It's time to put my neck on the chopping block and I'm backing Sunderland to win this one in regulation time. The Black Cats are unbeaten since the 19th February and dispatched an excellent Sheffield Wednesday in professional style.

Wycombe literally held on by the skin of their fingers at Stadium:MK in the 2nd leg - registering just two shots to Milton Keynes 29 and 0 shots on target to six. The Chairboys had just 32% of the possession but the Dons just couldn't find that crucial second goal to level the tie.

I foresee a similar story here, with Sunderland having the majority of the possession and playing the better football. Wycombe will look for quick feeds on the counter into frontman Sam Vokes as their primary source of creating chances.

If Sunderland can get an early goal here, then I predict a fairly comfortable afternoon for them at Wembley. Although, don't forget that Sunderland have been unsuccessful in their last six play-off campaigns, so nerves will no doubt be present!

Football Tips
Sunderland to win, Nathan Broadhead to score anytime and Joe Jacobson to be carded
14/1
Odds correct as of 2022-05-19 14:10 Odds subject to change.

My second selection is a bet-builder treble with bet365: Sunderland match result, Nathan Broadhead to score in the 90 mins and Joe Jacobson to be shown a card. It pays 14/1 at the time of writing.

Broadhead has been superb on loan from his parent club Everton this season. Most people will know that Ross Stewart is Sunderland's  biggest scoring threat but the 24-year-old has been the danger man over the last few months since returning from injury, notching five goals in his last seven appearances. He was on a great run back in December too before missing three months with a hamstring injury. Neil didn't risk the young man in the Semi-Finals (bar a last minute 2nd leg substitute appearance) but all the signs point to him starting here.

The last segment if based around the Wycombe left back Joe Jacobson. The 35-year-old Welshman has had a storied career, playing numerous times for Bristol Rovers, Shrewsbury and now Wycombe. He's also been in League Two and League One team of the years, showing his defensive pedigree.

However, Jacobson commits fouls often and has picked up 13 yellow cards this season - the joint most in the league. He has four in his last four, including both playoff semi finals.

If you like the look of either selection then good luck and gamble responsibly.