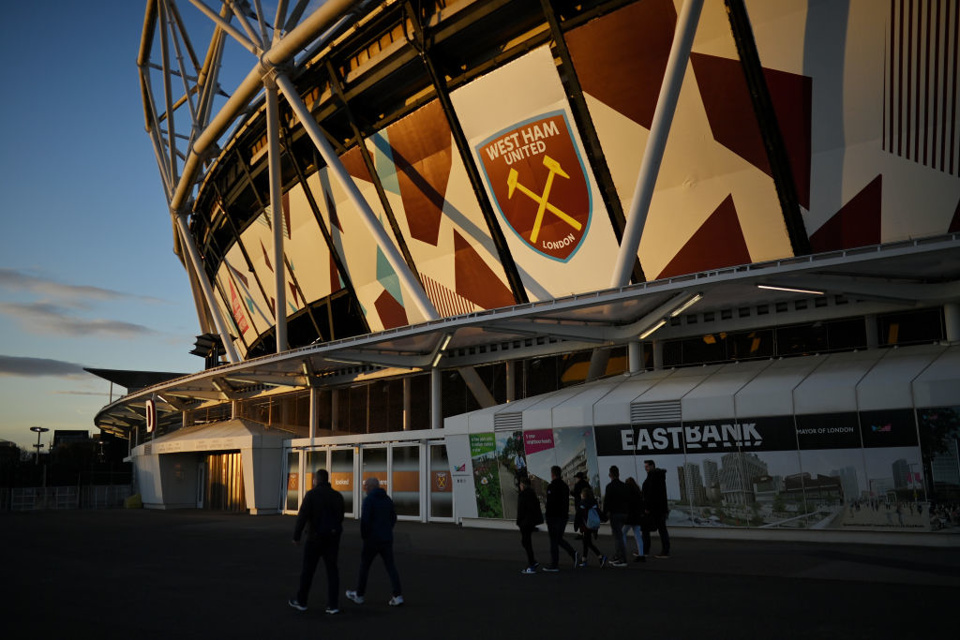 We’ve put together our best accumulator tips that combine for a 4-fold, that pays just short of 11/1 with bookmaker bet365.

We head to the King Power to kick off the Sunday selections, which this week all come from the shots on target market. Bryan Mbeumo is the first player we are targeting here, with his Brentford side travelling to the Midlands, to take on The Foxes. It’s been a strange week for Leicester with the departure of Kasper Schmeichel, with Wesley Fofana and Youri Tielemans both reported to be on their way out of the club.

I don’t think it’s been an ideal few weeks for Brendan Rodgers and I think there is scope for Brentford to take something here hopefully with Mbeumo leading the charge. Only 14 players in the division let off more shots last season than the Frenchman (77) last season, and when it comes to hitting the target, he did so at least once in five of his final six away fixtures. That includes a trip to Leicester in March, when he recorded two shots on target. With this in mind 5/6 looks an appealing price.

Next up we are off to Old Trafford where Manchester United take on Brighton. The Red Devils are another side who have had a far from ideal preparation in terms of off the field transfer rumblings concerning their star players. Jadon Sancho is the player who I’m siding with to have a shot on target in the game, with 10/11 available as a stand-out best price with bet365.

On first glance this appears to be a price that looks too big, but a reason for that could potentially be down to Sancho’s shots statistics from last season. The 22-year-old only let off 26 shots last term, with even Scott McTominay(27) bettering that total despite only playing one game more than his teammate. However, I’m expecting a big improvement in terms of shooting output from Sancho under new manager Erik Ten Hag and it’s worth pointing out that when it comes to hitting the target, he managed to do so in 7 of his final 10 starts in 2021/2022. 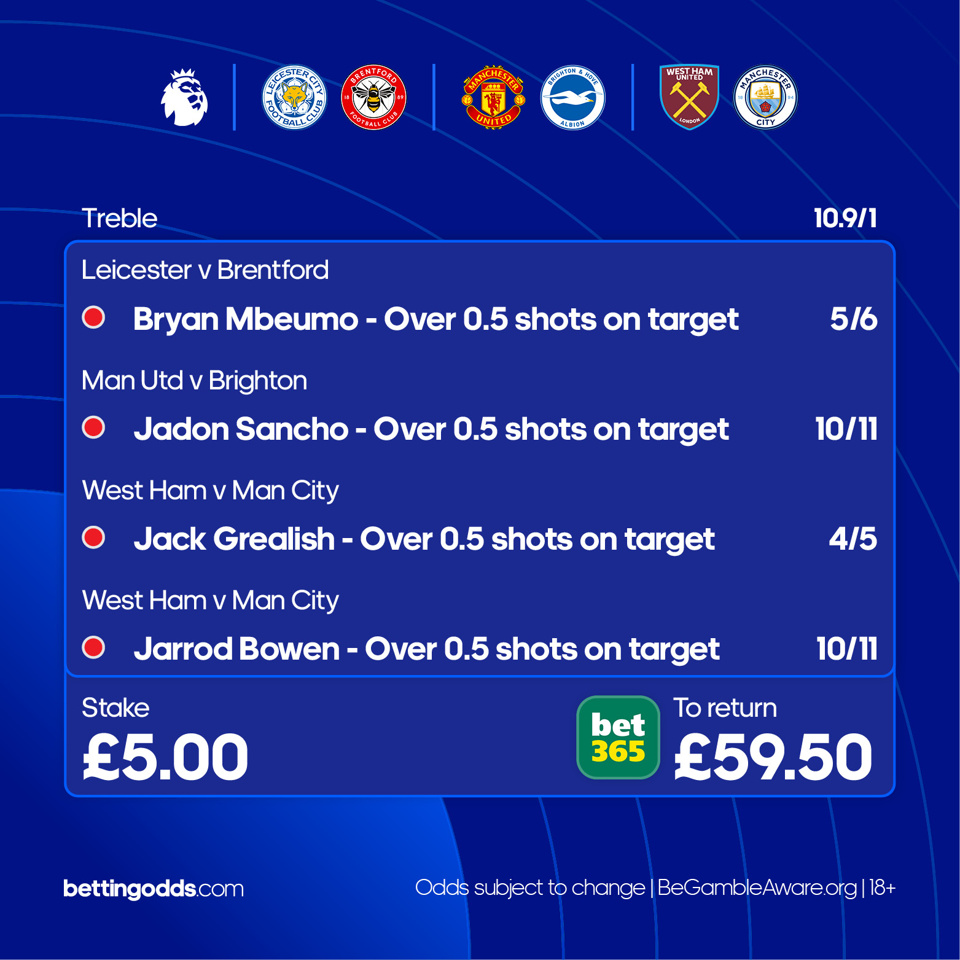 The final two of our selections come from the 4:30pm kick-off where West Ham host champions Manchester City. By using bet365 you can add both these players into a bet builder and combine them into an accumulator with selections from other matches.

Jack Grealish is the first of two players we are backing to once again have a shot on target, and he’s another who I’m expecting an improvement from this season. With Raheem Sterling and Gabriel Jesus exiting the club, Grealish should have more gametime in the coming months and he’s expected to start as part of a front three with Erling Haaland and Riyad Mahrez on Sunday.

The former Aston Villa man averaged 0.8 shots on target per 90 minutes last season, and when City played West Ham in this stadium in the penultimate game of the campaign, Grealish let off six shots, with one of them hitting the target.

Rounding off the quartet on Sunday is Jarrod Bowen. It’s been a really strong couple of years for Bowen who has excelled in West London since arriving from Hull City. Bowen managed 34 shots on target in total last season and is currently on a streak of nine consecutive home league matches where he has managed 1+ shot on target. Bet365 go 10/11 on him hitting the target on Sunday and it’s also worth noting again that in this fixture back in May, he let off four shots, with two of those resulting in goals.