Study: A Breakdown Of The Top 200 Football Transfers Of All Time 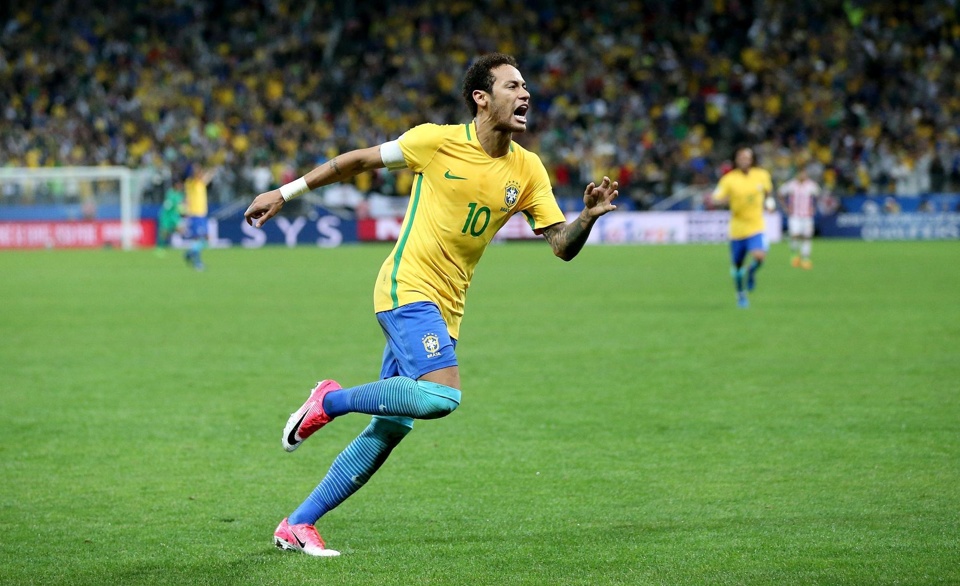 Neymar's Brazil are miles ahead of any other nation in terms of transfer fees
By Steven McQuillan
08:55 Wednesday 17th August 2022 - 3 minute read

The fees we see in the transfer market these days are nothing short of astronomical compared to let’s say around 10 years ago. We have stunning fees such as £200m for Neymar and £162m for Mbappe that was unthinkable back then, but these days, most of us can predict a fair enough estimate for your average joe in the Premier League and it doesn’t get you as much as it used to back in the day.

It’s often said there’s an English tax in the transfer market, or at the very least, a Premier League tax, basically, it’s tough to get a good deal on most English players from the Premier League, but is the English tax really a thing? Or is it just a big myth? In all fairness we’ve seen some ludicrous sums paid for English players, I think we can all agree Jack Grealish was never a £105m player and Harry Maguire was never a £78m player, but are these fees due to a certain ‘English tax’ or are they simply situational signings. Well I’m not quite sure on how severe the situation must be to spend £78m on Maguire but I don’t quite think Manchester United have got their money worth just yet, so maybe this tax is a thing.

All of this got us curious and normally when that happens we have a gander through the stats to check it out. This time we’ve gone through the top 200 most expensive signings in football history and broke down each nation and how much of the top 200 they take up. You’ll be surprised to know England actually rank fourth when it comes to players in the top 200 signings of all time with Brazil topping the list by a decent margin.

The signing of Neymar to PSG definitely aided their figures in this situation, but even after removing him, they’d still be ahead of France who are in second place. In third place is Portugal who’s most expensive player is Joao Felix who joined Atletico Madrid, taking up 2nd and third in their list is Cristiano Ronaldo and his moves to Juventus and Real Madrid. England are in 4th and only have 15 players in the 200 transfers of all time, the most expensive of course being Super Jacky Grealish. Below will be a full breakdown of the spending including a pie chart so you can see exactly who is dominating this study.

Top 15 nationalities in the top 200 transfers of all time 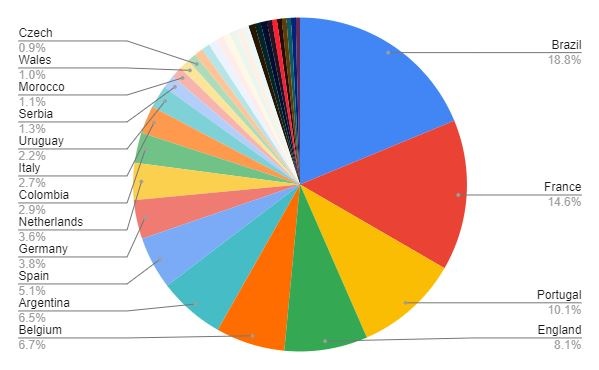 Players in the top 200 transfers of all time