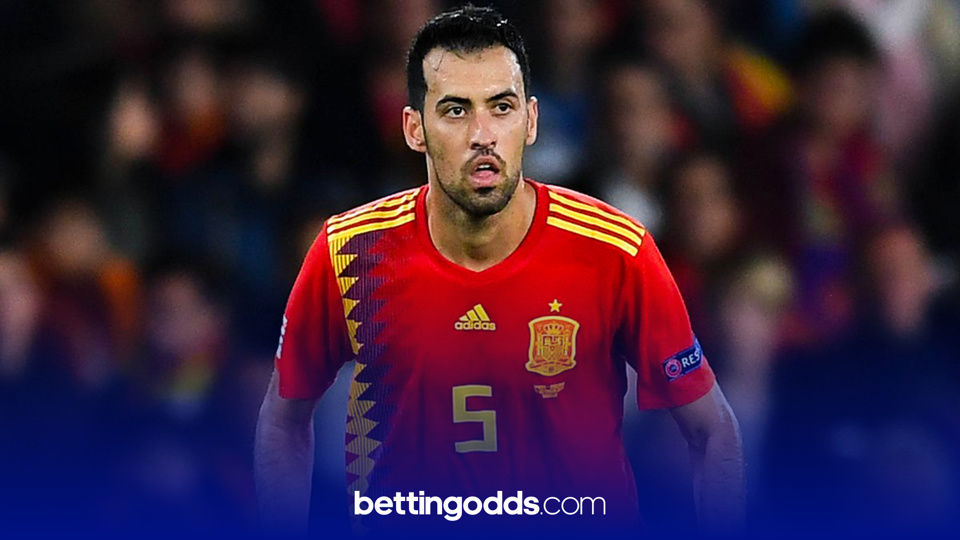 Due to their fantastic record at the European Championships - where they have won the tournament twice in the last 12 years - it is no surprise to see that Spain are one of the favourites in the Euro betting odds market, priced at 8/1. However, after La Furia Roja's performance at the 2018 World Cup, where they bowed out at the group stage after a string of poor performances, significant improvement is required if they are to lift the trophy next summer.

Promising signs throughout their Euro 2021 qualifying campaign suggest that Spain will carry a huge threat into the forthcoming Championships. Luis Enrique's side topped Group F after winning eight of their ten games; drawing the other two. Spain found no issues in scoring throughout qualifying, either, finding the net 31 times while conceding just five goals in the process - form which perhaps shows that they are returning to their best after what was a hugely disappointing turn out in Russia back in 2018.

After a period of transition which played its part in hindering their success at the 2018 World Cup, Spain have now integrated an array of talented young players into their senior squad and I feel they have a great chance of going the distance at Euro 2021. Experienced players like Sergio Busquets and David de Gea should compliment their youthful personnel well, and placed in a fairly weak group, you'd certainly expect them to make it to the knockout stages at the very least.

Stalwart Sergio Busquets is arguably the most important player in this Spain squad, packed full of youthful exuberance. With 122 caps to his name (and counting), no player in the current crop has made more appearances for Spain than the Barcelona midfielder. His experience at major tournaments, having represented the national side at three World Cups and two European Championships', will be vital for Spain this summer.

Atletico Madrid striker Alvaro Morata - who is currently on loan at Juventus - will be Spain's key attacking threat at the Euros. The experienced front man has a very good goalscoring record for his country, netting 18 goals in his 36 appearances, one every two matches. This season he has netted 16 goals and provided 11 assists for Juve in all competitions, so he enters the tournament in good form, ready to help steer his country towards their first Euros triumph since 2012.

Thiago hasn't quite had the impact many expected him to since joining Liverpool from Bayern Munich last summer. The 29-year-old is still an immensely talented player, though, and will be paramount to Spain's potential success at the Euros. His distribution in the middle of the park is second to none and he will be one of the main players tasked with controlling the tempo and supplying the team's attacking players in the final third.

Since the retirement of David Villa and Fernando Torres, Spain have struggled to find an out-and-out goalscorer to rely upon up front. Diego Costa and Alvaro Morata have both stepped up to the plate and had fairly sizeable impacts in recent years, but it is Man City striker Ferran Torres who looks the most like carrying the baton forward for La Furia Roja.

With four international goals this season - three of which came in the same game as Spain thrashed Germany 6-0 in the Nations League in November - it is clear that the 21-year-old has the ability to bear the brunt of the country's goalscoring responsibilities at Euro 2021.

Torres is a 16/1 shot in the 'Best Young Player' betting, which could be worth a play if you fancy Spain's chances.

Spain's outright odds for Euro 2021 are 8/1, making them joint-fourth favourites behind France, Belgium and England and level with Germany.

Spain are the heavy favourites to win their group, priced at 1/3. They are even shorter just to qualify from Group E, priced at 1/100.

In Luis Enrique the Spaniards also have a manager of huge experience. The former Real Madrid midfielder is a serial winner having laid claim to La Liga titles, Champions Leagues, Copa del Reys and Club World Cups during his time in charge of Barcelona, and that is something that the national team have really been lacking at recent major tournaments. With Enrique at the helm, though, you feel as if Spain should be better equipped to go far at the upcoming Euros.