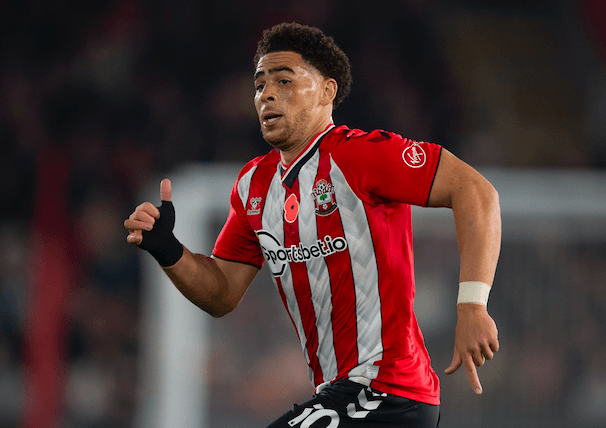 Frank Lampard will be looking to build on a comprehensive first Premier League win at Everton on Saturday, but his travel-shy side face a tough task away to a Southampton side enjoying a cracking run of form...

Ralph Hasenhuttl has constructed a young, talented, and hungry squad with a new found resilience and fighting spirit, personified in a terrific comeback victory at Spurs and draws against both Manchester clubs. They are now unbeaten in six games against those three sides this season, with their latest points haul propelling the club into the top-half of the table.

The Saints have lost just once in 10 league and cup matches and given their impressive form coupled with their home record - one defeat this season - they will be full of confidence that they can bag all three points against Everton.

Everton have only claimed two league wins from 16 games since September. Under new boss Frank Lampard, his side have thumped Brentford (4-1) and Leeds (3-0) at Goodison, in between which they suffered an abject 3-1 defeat to Newcastle. It’s therefore difficult to predict which team will turn up at St Mary’s this weekend.

Everton’s nine game drought on the road is a huge concern, with the visitors out at 27/10 to pick up only their second away win of the season. Hosts Saints are the 28/25 favourites for all three points, while a draw is available at 53/20.

Southampton have hit the back of the net in each of their last 10 games in all competitions, in part due to the excellent partnership between strikers Armando Broja and Che Adams. The duo have proved to be a real thorn in the side for defences and will both be itching to take to the field on Saturday against an Everton defence which has conceded in all but one away game this season.

Adams has scored five goals in his last 10 league appearances for the Saints, netting twice in the last week away to Spurs and Man Utd; firing in three shots in each game.

The Scottish international has scored in two of his last four home games and can be backed at 9.8/1 to find the back of the net in a Southampton win, with both teams scoring: a bet that’s landed in each of Southampton's last two wins.

Anthony Gordon loves a shot and Mohammed Salisu loves a card, so it makes sense to piece these together for a 7/1 double with Paddy Power.

Gordon has had 25 shots in 11 Premier League games this season, he’s averaging over a shot on target per game (12 in 11), and has three goals on the board.

His stand-out performance came last weekend in Everton’s 3-0 win at home to Leeds during which he scored, while his tally of five shots on target against Marcelo Bielsa is the same amount Richarlison has had all season.

The 20-year-old is in cracking form and can be backed at 8/11 to have another SOT against a Southampton side that have conceded in each of their last 10 games.

Now over to Mohammed Salisu who has, for the most part, been a rock at the back for the Saints this season. His recent performance against Man City was absolutely superb and won him widespread plaudits.

The defender is, however, rather prone to a card. In fact, he ‘s joint-second in the yellow card count in the Premier League this season with seven to his name, plus a red card too.

Salisu has three yellows and a red in his last nine league games, and is 11/4 to revisit the little black book on Saturday.