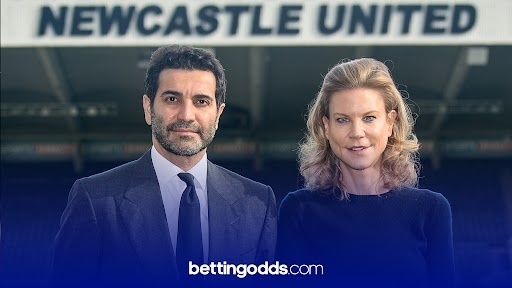 What do Amanda Staveley, Mehrdad Ghodoussi and the rest of the consortium have in store for Newcastle United?
By Jack Porter
13:17 Monday 18th October 2021 - 4 minute read

Fourteen years of the despised Mike Ashley regime are now over in the north-east, and an exciting future seemingly now lies ahead. Newcastle United finished 12th in the 2020/21 season, exactly the same position that they finished in the 2007/2008 campaign, the first full season they were under the control of Mike Ashley. At the conclusion of that season, whilst finishing a modest 9th, Manchester City were about to embark on their own renaissance thanks to the riches of Sheikh Mansour and the Abu Dhabi United Group and prepare for five Premier League titles, two FA Cups, and six League Cups (we won’t mention the Champions League...) for the most successful age of the 140-year-old club’s history. The silverware speaks for itself, and the template is there for Newcastle United to follow.

Using Man City as the model Newcastle United are most likely to follow, with their obvious parallels, BettingOdds.com has predicted the Toon trajectory across the same period of time from 2021 across the next 14 years. By the end of the decade, Newcastle’s squad value should be teetering close to the £Billion mark, (estimated value: £957.17m). By 2032, we could be dissecting a £1,898.64m unit. Take a look at how City’s project has developed to reveal the stratospheric numbers Newcastle United could reach. 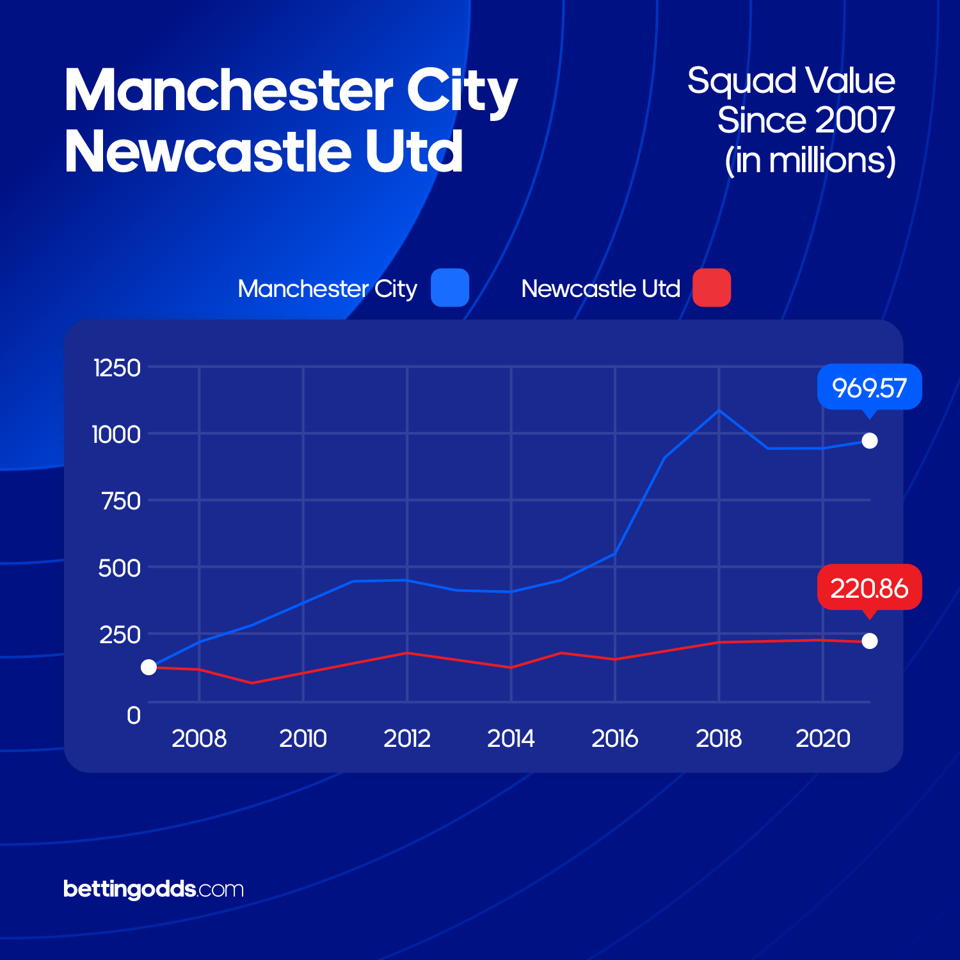