Stoke City's relegation from the Premier League in 2017 has had a detrimental effect on their player sales
By Jack Porter
08:55 Tuesday 21st September 2021 - 3 minute read

BettingOdds has examined every single transfer since summer 2017 - nearly 1500! - to calculate which current (2021/22 season) Championship club has generated the greatest profit from players sold to the price they were originally bought at. Academy players brought through the individual system have also been considered.

Bristol City tops the list of current Championship clubs for profit from player sales in recent years. The Robins have sold players since summer 2017 for a total of £77.079m, with this contingent having been bought for an original accumulative of £27.343m, for a total profit of £49.74m. Luton Town, however, have the greatest profit percentage, with an astonishing 6242.54% increase on the value of players sold, for £11.48m from a mere £0.181m purchase.

Conversely, Stoke City are understandably rock bottom of this particular study, having been relegated into the division in this period (2018). The Potters have sold £71.316m worth of player since summer 2017 from an initial outlay of £165.499m, not only leading them to the greatest loss in sales of any current Championship club, with -£94.18m, but also worst profit percentage, with -56.91%.

The results were compiled from data provided by the EFL and Transfermarkt. 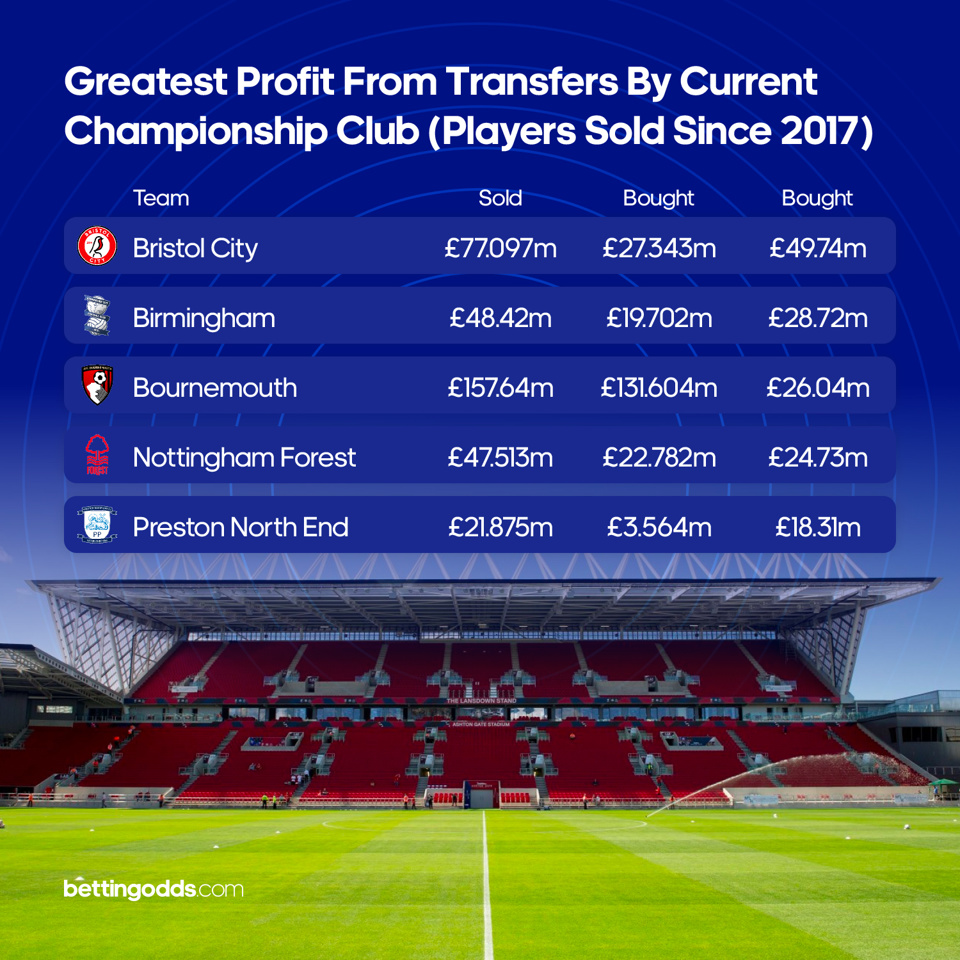