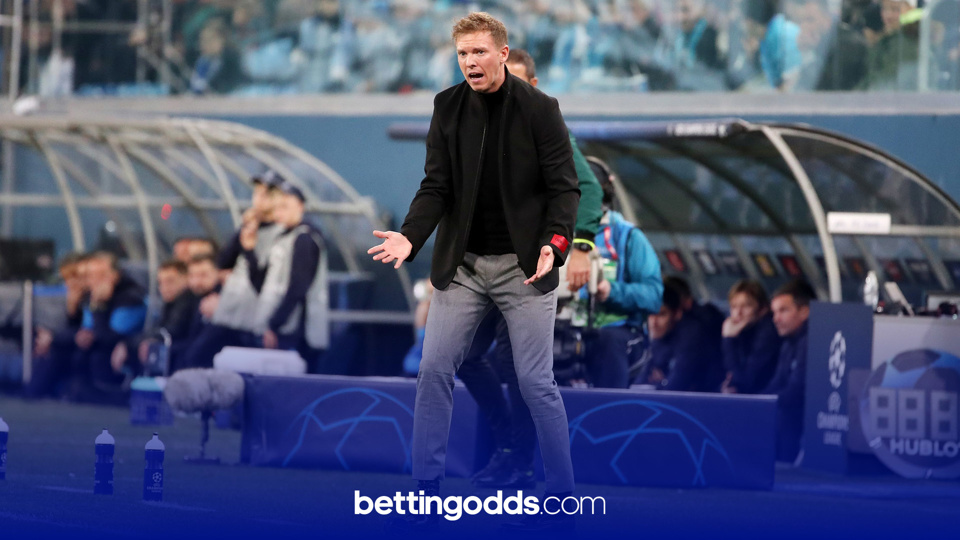 RB Leipzig v Bayer Leverkusen Tips: Julian Nagelsmann's side can close the gap at the top with a win
By JimmyThePunt
10:30 Saturday 30th January 2021 - 2 minute read

The cynosure of matchday 19 in the Bundesliga takes place on Saturday evening as Bayern Leverkusen head to Saxony to lock horns with RB Leipzig.

Both sides will be hoping to bounce back from disappointing defeats last weekend but as they are level on goal difference, with just one place and three points separating them it looks impossible to tout a winner. The bookies do not seem to be struggling though. They have RBL as clear favourites at around 91/100 with Leverkusen at 3/1.

However, there may be a smidge of value in opposing the hosts as they have only won 42% of games at these odds!

Having seen the standard of performances Florian Wirtz has maintained this campaign it is hard to believe that he is just 17 years of age. Die Werkself’s youngster has an average xA/xG of 0.4 per game and has accumulated four assists and scored three in the Bundesliga this season.

However, it is Betfair's price of 7/5 for him to have two attempts at the Red Bull Arena that has caught my eye. Wirtz met this line when the sides met in the reverse fixture and averaged 1.39 in the league this season so I expect him to take aim tomorrow.

You can combine the selection above with Angelino to have two shots, Bailey to hit the target and Upamecano to try his look at odds of 18/1 with Paddy's.

With four league goals to his name, no RBL player has scored more goals this season then Angelino. The Spanish full back averages 1.6 SpG and hit the line times this season!

Leon Bailey has had a total of 38 shots in the Bundesliga this season with a SoT percentage of 31.6% and an averaged 0.83 SoT per 90. He has started 15 league games and only failed to register at least one shot on one occasion, vs Bayern Munich.

Finally, Upamecano has averaged 0.51 shots per 90 this season - a staggering amount for a centre back - as the Frenchman is a threat from set peices and not against a pop from range.

Best of luck if you are backing any of these selections and please gamble responsibly!