Raheem Sterling is enjoying a scintillating campaign at Euro 2021. The England forward has bagged three goals in five outings so far, with his latest contribution in front of goal coming in the 2-0 last-16 win over Germany last Tuesday.

Sterling is England’s joint-leading goalscorer at the tournament alongside Harry Kane (three each). He has proven a large number of critics wrong by upping his game and is the main reason why Gareth Southgate’s side find themselves preparing for a semi-final clash against Denmark on Wednesday evening.

His performances at the Euros has seen his price in the Best Player of the Tournament betting slashed from 66/1 to as short as 7/2, making him the current favourite in the market ahead of his England teammate Harry Kane, who is now a 5/1 shout following his brace against Ukraine on Saturday night.

Sterling ranks second-highest for shots (10) and joint-highest for shots on target (5) for England as things stand, and put in another scintillating performance in Saturday's win, providing the assist for Harry Kane's opener early on.

With England having such a favourable route to the final, the chances of Sterling winning this award are given a significant boost. Whilst nothing is a foregone conclusion when it comes to tournament football (especially when England are involved), the odds favour them to beat Denmark on Wednesday to progress through to their first major tournament final since 1966.

If the Manchester City wide man continues with this level of performance and England do indeed make it to the final as many predict, it is difficult to look past Sterling winning the prestigious award. It is also worth noting that the very same reasons could be applied when assessing his chances of winning the Golden Boot award, which he is also 12/1 to do in the Euro top scorer betting.

With only two goals separating himself from leading men Cristiano Ronaldo and Patrik Schick (five each) - both of whom are no longer in the competition - Sterling has a good opportunity to overtake both of those players should England go the whole hog. Indeed, it is now Kane who poses the biggest threat for the Golden Boot now that he has found his shooting boots, with the Spurs forward now 8/1 third-favourite in the market ahead of this week's semi-finals. 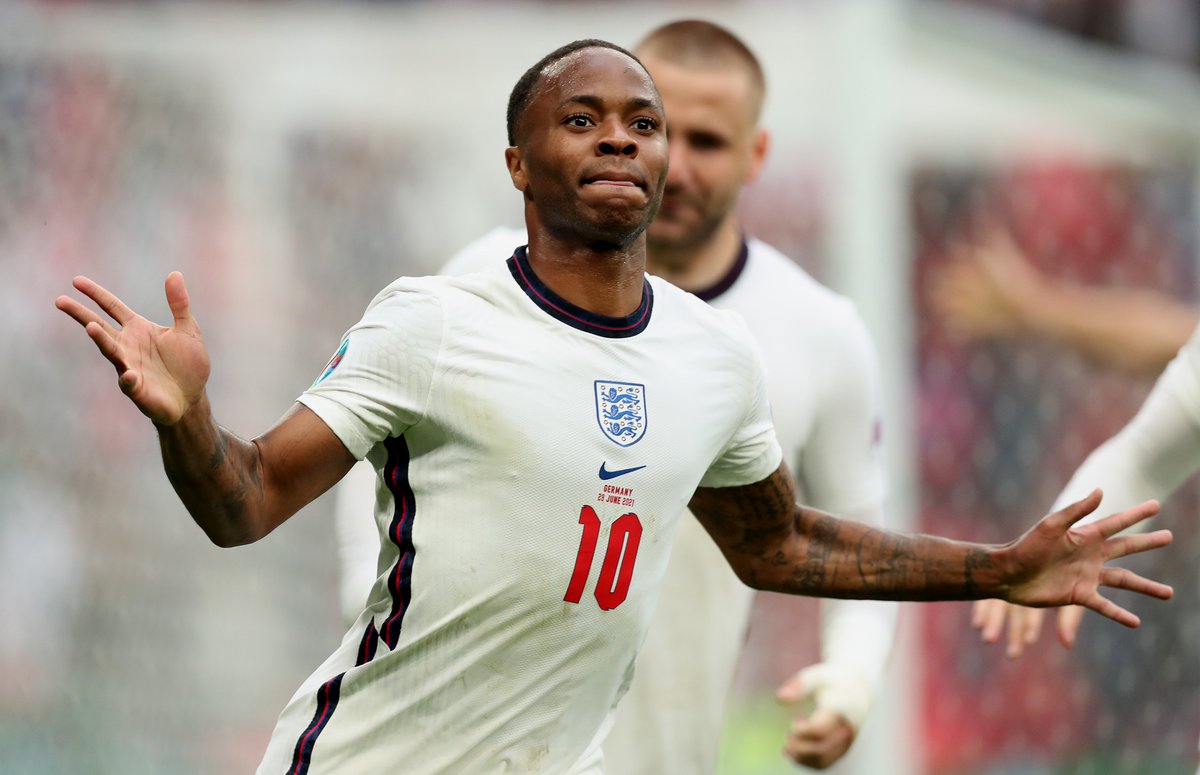 Kane is also Sterling's main rival in the Best Player betting. After experiencing a slow start at Euro 2021, the England skipper has shone in the Three Lions' last two outings, scoring three goals. His performances against Germany and Ukraine have seen his odds cut drastically and punters can now back the 27-year-old to be crowned the tournament's best player at 5/1.

Simon Kjaer is third-favourite in the market at 7/1. The AC Milan defender has been Denmark's lifeblood at the Euros; first to pick up his team after the terrifying events surrounding Christian Eriksen during the tournament's curtain-raiser against Finland, before leading by example and assuring the back line in every match since. He has been so impressive and certainly deserving of the award as things stand, though will have to make it through to the final at least if he is to stand a chance of winning it.

Lorenzo Insigne (9/1) is also a player to keep your eye on. The Napoli winger scored a stunning goal in Italy's 2-1 win over Belgium on Friday night to take his Euros tally to two goals and help the Azzurri into the semi-finals. He has been a constant bright spark for Italy this summer and should they make it past Spain on Tuesday, will more than likely see his price shorten with another solid performance at Wembley.