The Premier League Weekend In Numbers: All the best stats and data from Gameweek 9 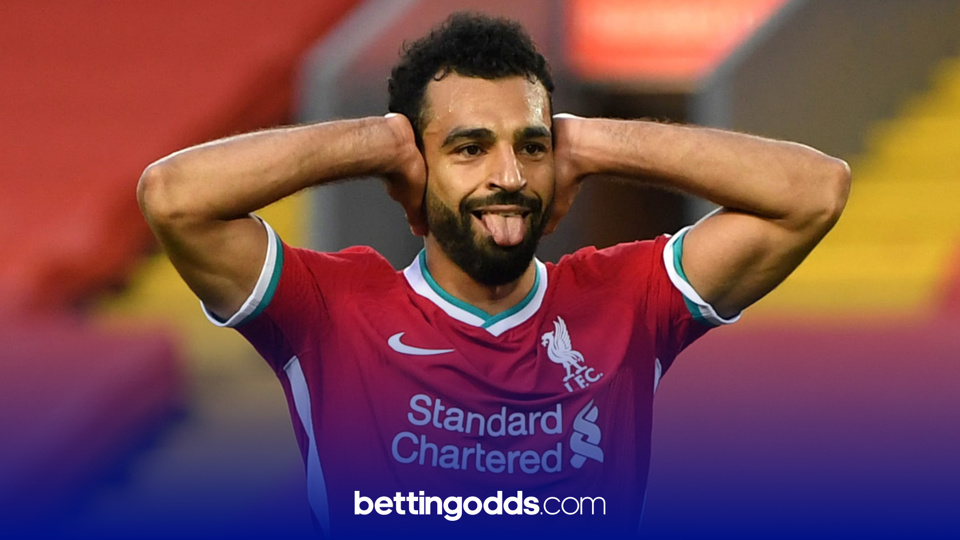 40 goals were scored in the Premier League in gameweek 9, with Chelsea, Liverpool and Man City all racking up impressive wins to cement their title credentials. Here at BettingOdds.com, we’ve taken a look back at the data and picked out some impressive stats in our Premier League weekend in numbers series.

200 - Jurgen Klopp celebrated his 200th victory as Liverpool manager with the club’s biggest ever win against Man Utd since 1925. Liverpool have won consecutive league games by 5+ goals for only the second time in the top-flight, and first time since winning 5-0 vs Stoke City and 6-0 vs Chelsea on consecutive days in April 1935.

107 - Mo Salah’s first goal at Old Trafford made him the highest goalscoring African in Premier League history. Salah is now on 107 Premier League goals, with Didier Drogba behind him on 104, and Sadio Mane on 102.

40 - A whopping 40 goals were scored across the 10 Premier League games this weekend. With Chelsea, Watford and Liverpool all scoring 5+, it’s only four goals short of the Premier League record for a gameweek.

10 - Mo Salah continued his ridiculous goalscoring form by scoring for the 10th consecutive game for Liverpool. In his last 10 games in all competitions, Salah has scored 14 goals and assisted three.

5 - Watford won 5-2 at Everton on Saturday, with their last five Premier League away wins coming under five different managers (Gracia, Sanchez Flores, Pearson, Munoz & Ranieri). The correct score for The Hornets’ win was a whopping 450/1. 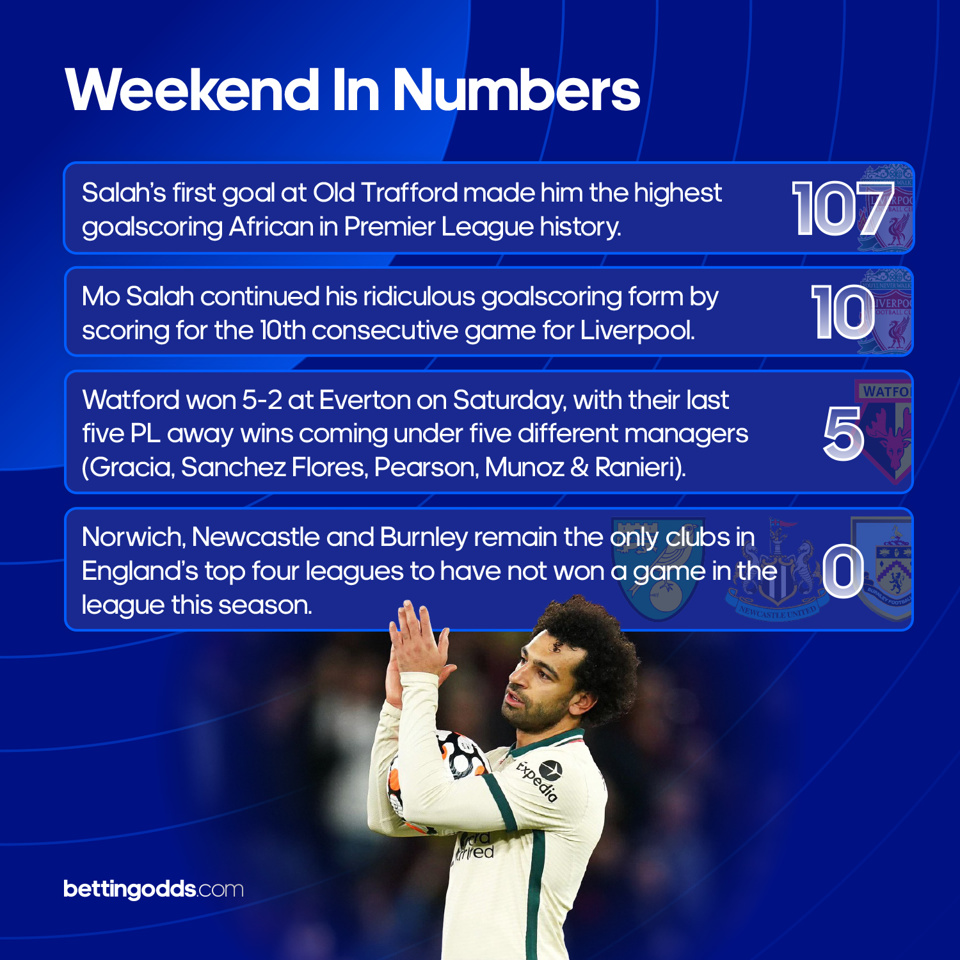 4 - West Ham’s win over Spurs now means that they are outright 4th in the league this season. The Hammers have already beaten the likes of Tottenham, Man Utd and Leicester in all competitions, and sit at the top of their Europa League group.

0 - Norwich, Newcastle and Burnley remain the only club in England’s top four leagues to have not won a game in the league this season. This is the first time in Premier League history that three sides haven’t won after nine matches. The last time three sides hadn’t won after eight games, two of them ended up being relegated (Huddersfield & Fulham in 2018/19).