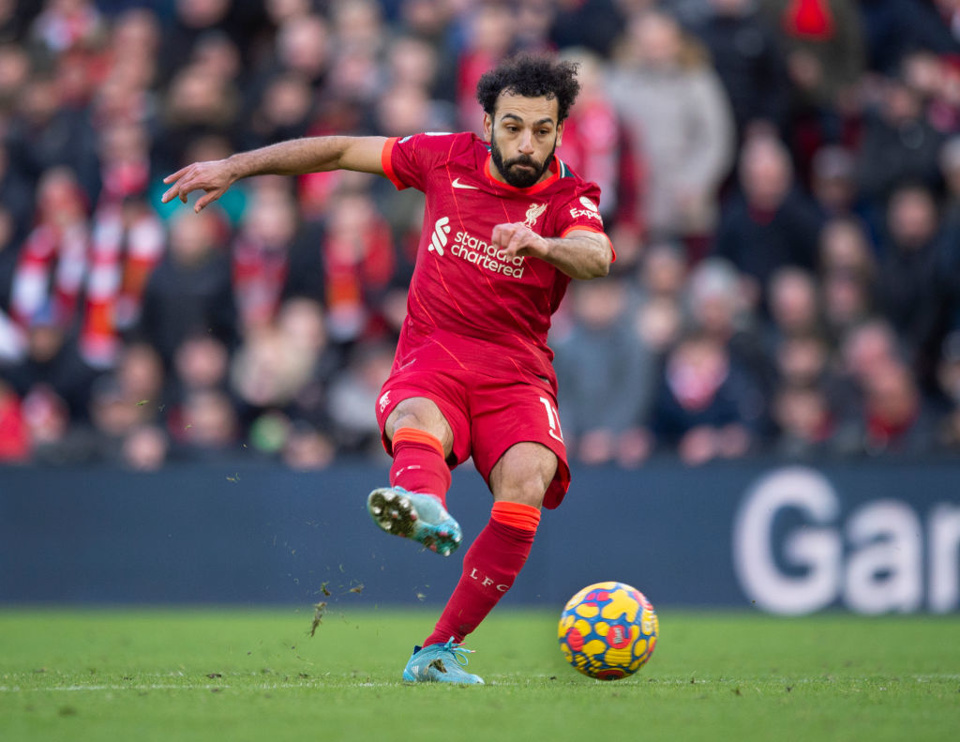 Mohamed Salah and Son Heung-min shared the Premier League Golden Boot award last season after each scoring 23 goals, and today at BettingOdds.com we’ve decided to take a look at the top goalscorer market for the forthcoming campaign.

Below, we’ve taken a look back at the top performers from last season, along with the favorites for 2022/2023, as well as highlighting a few selections we like the look of. It’s also worth remembering that most bookmakers are offering four places each-way at 1/4 odds on this market. 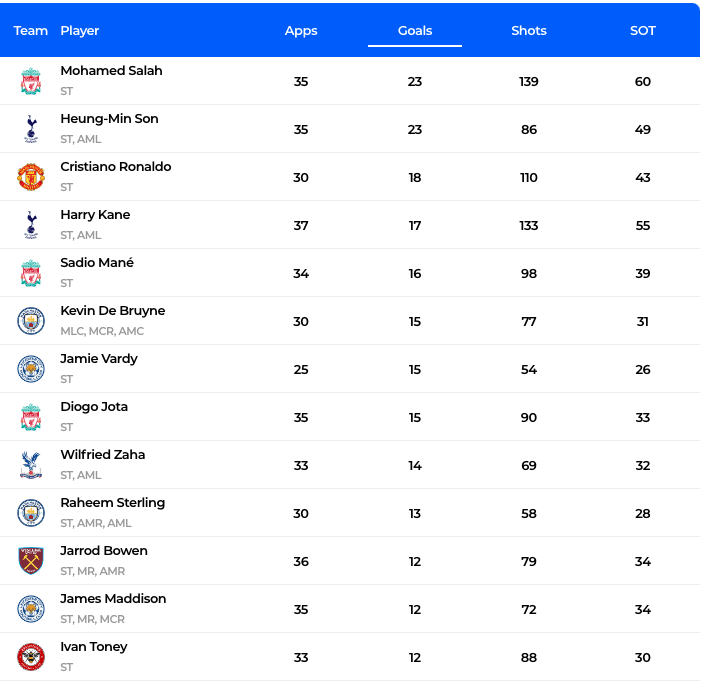 The favourites this time round

Favourite to score the most goals in the season ahead is Manchester City’s new signing Erling Haaland. The Norwegian superstar boasted a superb record of 62 Bundesliga goals in just 67 appearances for Borussia Dortmund, and there's a level of excitement around his transfer that only certain players can command, when making the switch to our shores.

There’s a few questions that need to be asked before backing Haaland at a rather short looking 3/1. Will he play every game, or will Pep rotate heavily in the second half of the campaign? Will he take penalties? One thing for certain is that City are getting one of the most sensational talents in world football and another pointer worth considering is that Haaland will not be playing at the World Cup Qatar, giving him a nice break in the winter.

Next up we have Liverpool’s Mohamed Salah at 9/2 with Paddy Power. Over the last two seasons, Salah has scored five more goals than any other player, with 45 in his last 72 appearances. The Egyptian enjoyed a sensational campaign last time out and ticks all the boxes in terms of being a penalty taker and the first name on the team sheet for Jurgen Klopp when deciding his front three.

Harry Kane comes next at 6/1, and although he has three Golden Boot awards to his name, we’d be avoiding this price. Kane’s creativity and assist figures have exploded in recent years and as his pace deteriorates, we feel the deeper role will become more common. Richarlison and Dejan Kulusevski’s arrivals may also give a more even spread for the goals scored by the Spurs forwards.

Son Heung-Min can be backed at 10/1 after his highest scoring season in 2021/2022. Cristiano Ronaldo’s future at Manchester United is in doubt, with rumours of a move away from Old Trafford rife. The five-time Ballon d’Or winner is available at 11/1, while Liverpool new boy Darwin Nunez can be found at 14/1. Gabriel Jesus has scored 58 Premier League goals in his career and can be backed at 20/1 after making the switch to Arsenal. Liverpool forwards, Luis Diaz and Diogo Jota round off the names at the top of the market, both available at 25/1. 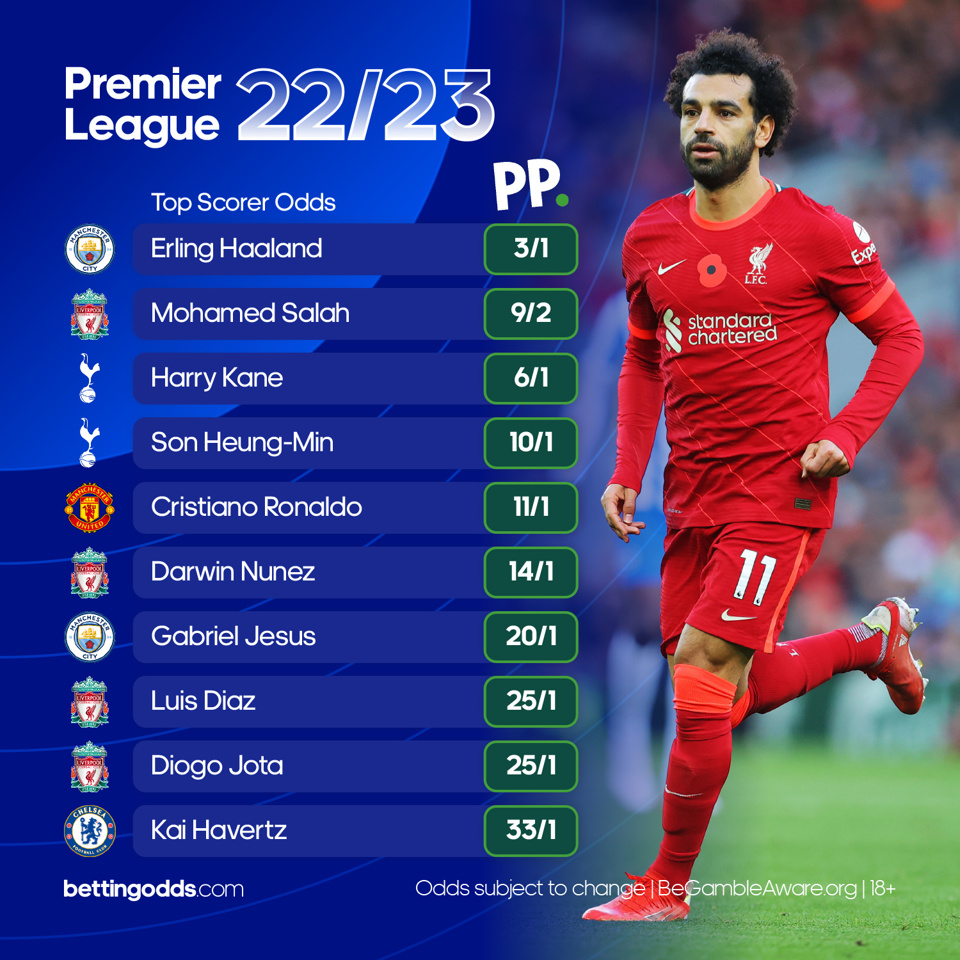 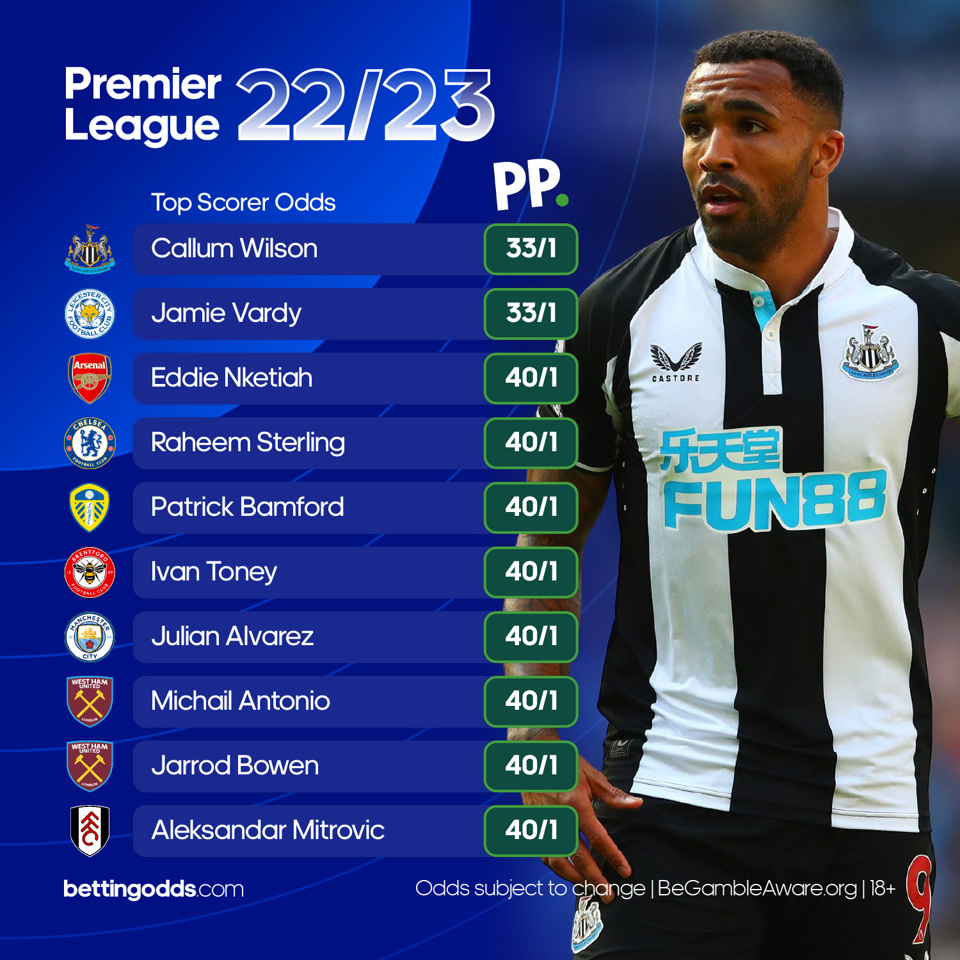 Put into its most simplest form, xG or expected goals is the probability that a shot will result in a goal. This is based on the characteristics of the shot that is taken and the events leading up to it. It might not be for everyone, but Expected Goals (xG) can allow us to make projections and below we’ve included the players who amassed the most xG last season.

Who to back this season?

The first player who we think is worth highlighting here is Mo Salah. Five more goals than anyone else across the last two campaigns, and just like Erling Haaland, he will also benefit from a break in the winter, with his native Egypt having not qualified for the World Cup in Qatar. Betfred go 5/1 on Salah to claim his fourth Golden Boot which looks a solid play considering his credentials, that he is guaranteed to be the penalty taker and a permanent fixture in Liverpool’s front three.

Next up, we think Jamie Vardy could be worth some consideration at 33/1 each-way. The Leicester striker has scored 13+ goals in his last seven seasons in the top-flight and managed 15 last season in just 26 appearances. Although last term may have felt a rather underwhelming campaign in comparison to some of those during the last decade for Leicester, they still managed to finish just four points behind West Ham, as well as having to compete in the Europa Conference League, where they reached the semi-finals. With no distractions for Vardy and him being on penalty duty, we fancy him to finish in the top-four scorers this time round.

Another player at a big price who could be worth an each-way punt is Raheem Sterling at 50/1 with bet365. The 27-year-old is on the verge of signing for Chelsea and is a proven Premier League goalscorer having racked up 109 top-flight goals across his time at Manchester City and Liverpool. There’s a certain amount of uncertainty around Chelsea under new owner Todd Boehly but with more big signings expected, they could potentially outperform their current odds in ante-post markets. Sterling amassed 0.61xG per 90 minutes last season with only Mo Salah bettering that ratio. 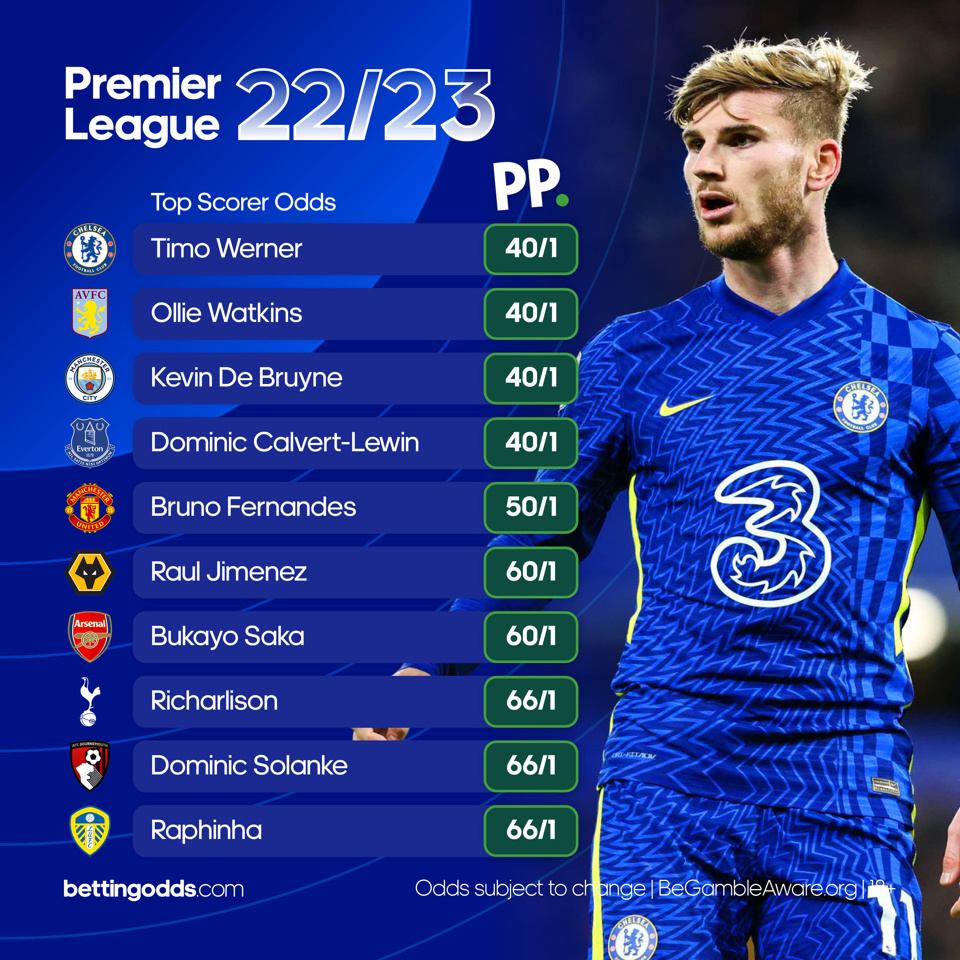