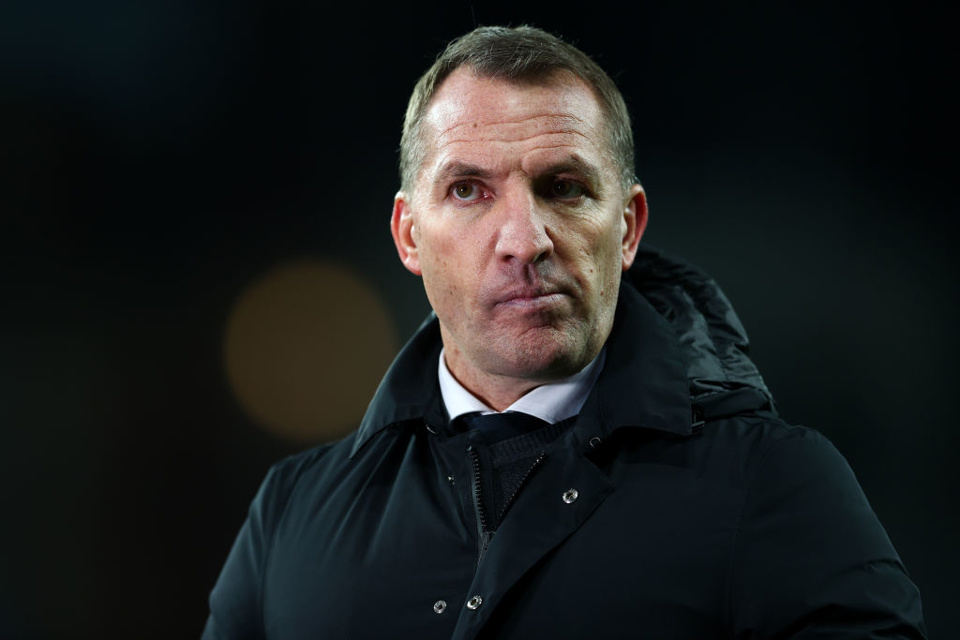 So far this season we’ve already seen eight Premier League managers jettisoned from their hot-seats, surely a ninth isn’t on the horizon?

After suffering a shambolic defense of their FA Cup trophy in a 4-1 defeat to Midlands rivals Nottingham Forest, Leicester City manager Brendan Rodgers has been installed as the new favourite in the Premier League Sack Race.

Previously out at 14/1, Rodgers can now be found at 9/2 with Paddy Power (5/1, Bet Victor) to be sent to the managerial guillotine.

After back-to-back 5th-place league finishes and a historic maiden FA Cup triumph, the current campaign has been challenging, arduous and at various points thoroughly underwhelming.

Not only have the Foxes been dumped out of the FA Cup early doors, but their Europa League campaign also ended prematurely in the group stages, while they are 10th in the Premier League table with a negative goal difference; 12 points adrift of the top-four.

"Our players have to look at themselves in the mirror and prove they are good enough to be here," Rodgers said in the aftermath of the Forest loss.

"A lot of players have to improve. It was an awful performance. I have to apologise to the fans. We needed physicality and authority and lacked it.

"There was a lack of hunger and you get destabilised when you make errors. That's the first time since I've been here that I was embarrassed."

Brendan Rodgers questions why the Leicester City players have lost the hunger that once existed in the squad https://t.co/wDjMcvCkkJ

The former Liverpool and Celtic boss does of course have a lot of credit in the bank: the aforementioned 5th place finishes - which could even have been Champions League spots - and the memorable win over Thomas Tuchel’s Chelsea in the FA Cup final last May.

The Foxes also have a potential lifeline in the form of the Europa Conference League play-off against Randers.

Since his appointment, Rodgers' leadership, man-management, tactics, and brand of football have won widespread praise. He’s also been hotly linked with moves to Tottenham and Man Utd.

Even this season there have been stand-out results against Man City (Community Shield), Liverpool, and Man Utd yet it’s a campaign that has been plagued by inconsistency, frequent mistakes, and defensive woes.

Criticism of Leicester’s leaky defence is fully justified. Rodgers will be determined to find a formula to transform his brittle backline from porous to watertight, having seen a hefty 37 goals conceded in the league, which is the most of any side from 13th upwards, and 10 more than rock-bottom Burnley.

The manager himself did not hold back when it came to the future of some of his players at the King Power. ​​

"Too many players think they are top players but are a long way off," he said on Sunday.

"Some players may have achieved everything they can here.”

Going down the Jose Mourinho route of blasting your players so publicly is always a dangerous game. Especially when the next game is away to Liverpool, followed by tricky clashes with West Ham and Wolves, as well as the Randers tie.

Should the players respond, then Rodgers’ public lambasting will be justified, however it could also have the opposite effect, causing disharmony and disruption within the squad. Losing the dressing room rarely, if at all, ends well for a manager.

Rodgers needs to find a way to rejuvenate, inspire and instigate change in order to get Leicester back on an upwards trajectory and salvage the season. If Leicester’s slump continues over the next couple of months then the pressure will mount and patience wear thin.

It is, however, worth noting just how poor Leicester were prior to Rodgers’ arrival, while his contract doesn’t expire until 2025 meaning it would cost a lot to sack him.

Elsewhere, Paddy Power have no more Premier League managers to leave at 3/1. Burnley boss Sean Dyche, with just one win all season, can be backed at 6/1 in the market, new Watford boss Roy Hodgson is already priced at 9/1 despite overseeing one game, while Antonio Conte is as short as 5/1 with Bet Victor (but 14/1 elsewhere).