Premier League Referee Appointments: Who are the four new officials for the 2021/2022 season? 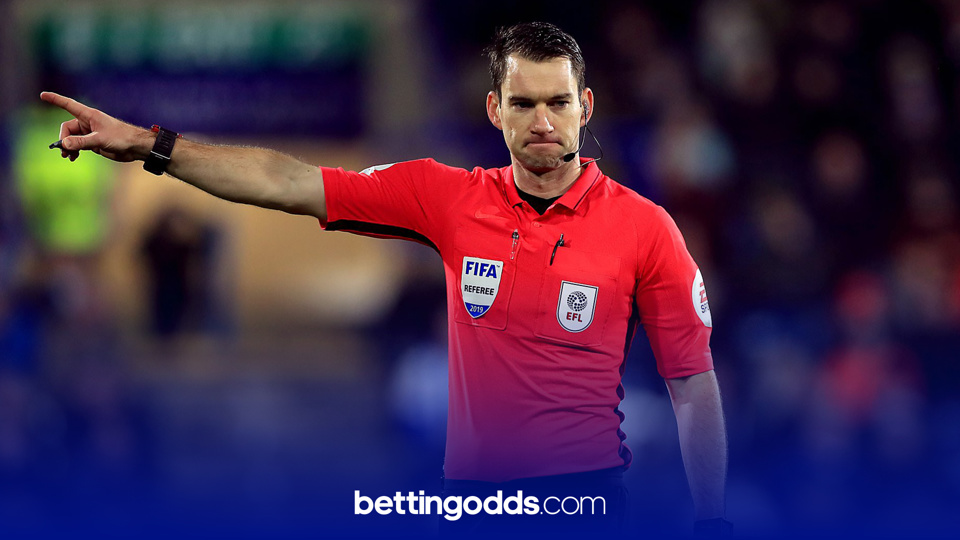 The four new officials now make a group of 22 select Group 1 referees and we’ve listed a few details on each below. We’ve also looked at their data from last season relating to cards shown and free-kicks awarded.

John Brooks has previously been an assistant referee in the Premier League after first taking up the whistle in 2004. At 31 Brooks is one of the younger referees and spent most of last season taking charge of games in the Championship where he ranked 12th of 40 referees for yellows shown per game with an average of 3.3

Since 2012 Tony Harrington has been officiating in the Football League and prior to that he spent four years as an EFL assistant and four years as a National League referee. The majority of Harrington’s matches that he took charge of last term came in the Championship where he gave out a rather high 12 penalties in 32 matches.

Based in Penwortham Lancashire, Michael Salisbury is the son of Football League referee Graham Salisbury, who retired on the final day of last season with son Michael as his fourth official. Michael gave out just 1 red card in 17 Championship games last term and had one of the lowest yellow card averages, with 2.24 shown per game.

The first foreign referee to officiate in the Premier League will be Australia’s Jarred Gillet. A high-profile name in the A-League, Gillett has taken charge of five Grand Finals and has been named A-League referee of the year on five occasions. The 34-year-old has been taking charge of EFL games since 2019 and possessed the lowest fouls per game ratio of any referee with 10 or more appearances in the Championship last season.

This season at BettingOdds.com we’ll be providing you with all the weekly referee appointments and will have a complete guide to all the Premier League referees this campaign.

He had a live mic for his final game before leaving for the Championship, and it was a brilliant insight to how he works 👏 https://t.co/1edNBx3ipG

#AD Max £20 refund on first bet. Bet must be placed in first 7 days of account opening. Only deposits made via Debit Card will be eligible for the promotion. T&Cs apply. 18+ begambleaware.org
Free Betting Offers