Premier League Ref Watch: All the appointments for Gameweek 15 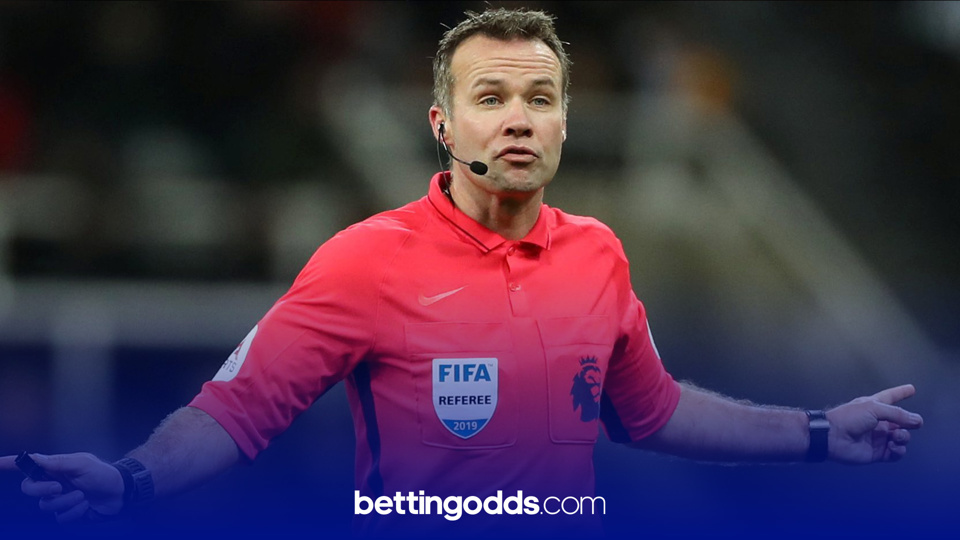 Christmas is the time of goodwill, but that doesn't always apply to the football pitch. There's a busy Christmas period in the Premier League and as always, BettingOdds.com have taken a look at which referees will be where this week over Boxing Day and the rest of the weekend, alongside offering a card-based treble for all of the action.

Who's in charge of what in Gameweek 15?

Our card tips for your weekend Same Game Multis

The only Christmas cards we’re interested in are the ones that will be dished out during the festive football so we’ve put together a 7/2 treble with Bet365.

Mike Dean takes charge of the early KO on Boxing Day and we’re banking on him to not leave his Christmas cards at home. Leicester have received the most yellow cards this season and Dean has dished out 24 in his last four games.

Chilled out “Dre” will be fuming he’s having to work on Boxing Day, however it should be an easy shift for the experienced ref as Newcastle travel to the Etihad. City beat Newcastle 5-0 last time they met and judging by with EFL Cup quarter-final performances, we expect the Geordies to struggle to lay a glove on City once again.

Out of all the refs officiating on Gameweek 15, Tierney has the highest yellow card per game ratio this season with four per game.