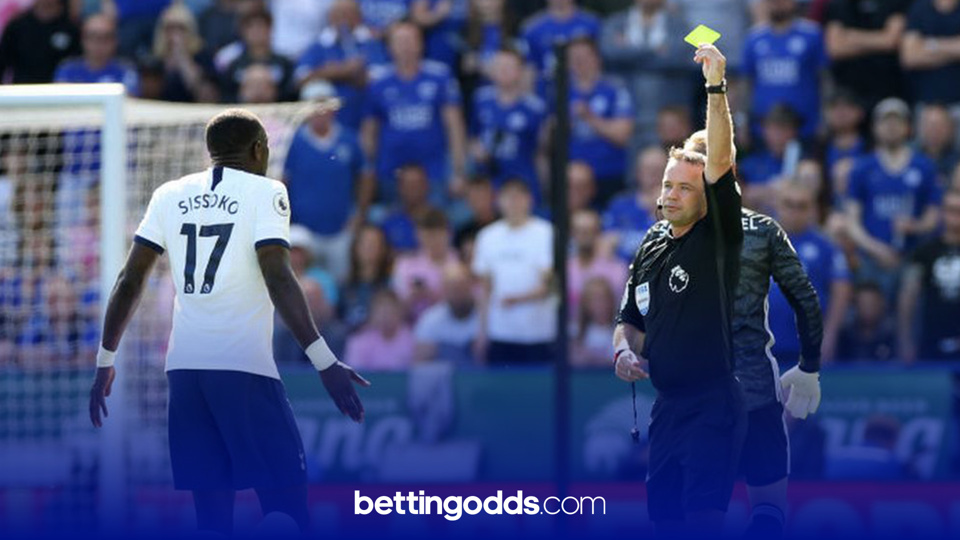 Moussa Sissoko was booked eight times in 29 games in the league last season and features in our card plays this weekend
By Anthony Eadson
15:08 Friday 11th December 2020 - 4 minute read

It’s Gameweek 12 in the Premier League and after a Conor Gallagher yellow card gave us profit last weekend @AnthonyEadson is back with three players he likes the look to find their way into the notebook. Once again for those playing the singles it will be profit if either of the three are carded, while the treble currently pays best with Bet365 at 191/1. We’ve a variety of stats based football tips on BettingOdds.com this weekend and after a flurry of winners over the last ten days let’s hope the good run continues.

I felt like we dodged a bullet in avoiding Saturday’s Premier League when selecting players to be carded last weekend with three out of the four games producing zero cards, madness. The first up in Gameweek 12’s trio however comes from Molineux at 12:30 on Saturday as Wolves take on Aston Villa.

The player I’m targeting to pick up a card in this is Aston Villa’s Matt Target. The left-back has been booked three times this season in nine league appearances and will be up against the pace of Adama Traore on Saturday. With his direct opponent having such a prominent history in drawing fouls, Targett looks a fair price to pick up a booking here at 22/5 with BetVictor, or slightly bigger at 9/2 with bet365 for those playing the singles.

Another bonus here is that Mike Dean will be the referee in charge of this game. Last season dangerous Dean ranked second of 20 referees for yellows per game, with an average of 4.15. The Tranmere fan hasn’t been quite so card happy this term with an average of 3.25 yellows per game but with his proven track record, I’m happy to get involved here.

It’s almost a 24 hour wait for the second selection, which comes on Sunday in the lunchtime kick-off between Southampton and Sheffield United on the south coast. Sander Berge was on my hit-list last weekend and although he was not carded against Leicester, I’m going back in on the Norwegian midfielder to pick up his fifth of the season on Sunday.

6/1 looks an attractive price here with bet365 with betfair and Paddy Power going drastically shorter at 15/8. A large reason for that discrepancy in price could be due to the fact that Sander Berge has actually been booked in his last four Premier League away matches! That’s during visits to Arsenal, Liverpool, Chelsea and West Brom that the 22-year-old has been booked and with a tough visit to St Marys on the cards I can’t keep away from the 6/1 offering.

A duo Jose Mourinho has enjoyed starting together this season is Pierre-Emile Hojbjerg and Moussa Sissoko. The pair have brought solidity to the Spurs side this season and I’m fancying Sissoko to pick up a booking against Crystal Palace on Sunday, which is priced as 4/1 as a single. The French midfielder picked up eight yellow cards in 29 appearances in the league last season but is yet to get off the mark this term.

A significant part of my way in here comes due to the majority of Crystal Palace’s attacks coming down the left, where Sissoko should cover to help take care of Eberechi Eze and Wilfried Zaha. The pair rank 3rd & 4th in the Premier League for fouls drawn this season racking up an impressive 55 between them.

Having a look at some team statistics and no team in the league has focussed their attacks on a certain area of the pitch more than Crystal Palace who have seen 46% come down the left side of the field. With such emphasis put on the attacks from the left and due to the trickery of Eberchi Eze and Wilfried Zaha, Sissoko looks set to be breaking up the play and moving out to cover the flank when needed.

For those playing the trixie it will be at least five times the stake that will be returned should two out of the three selections land. Best of luck to anyone following this weekend and please always gamble responsibly. 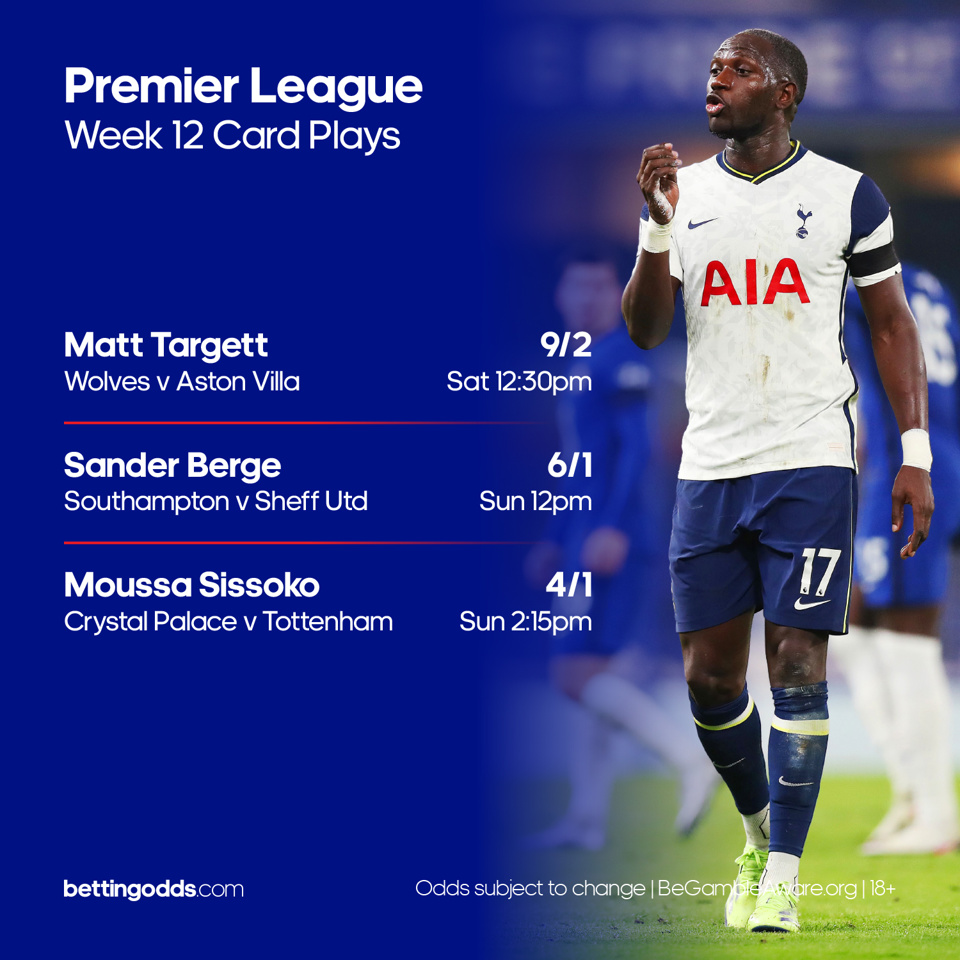