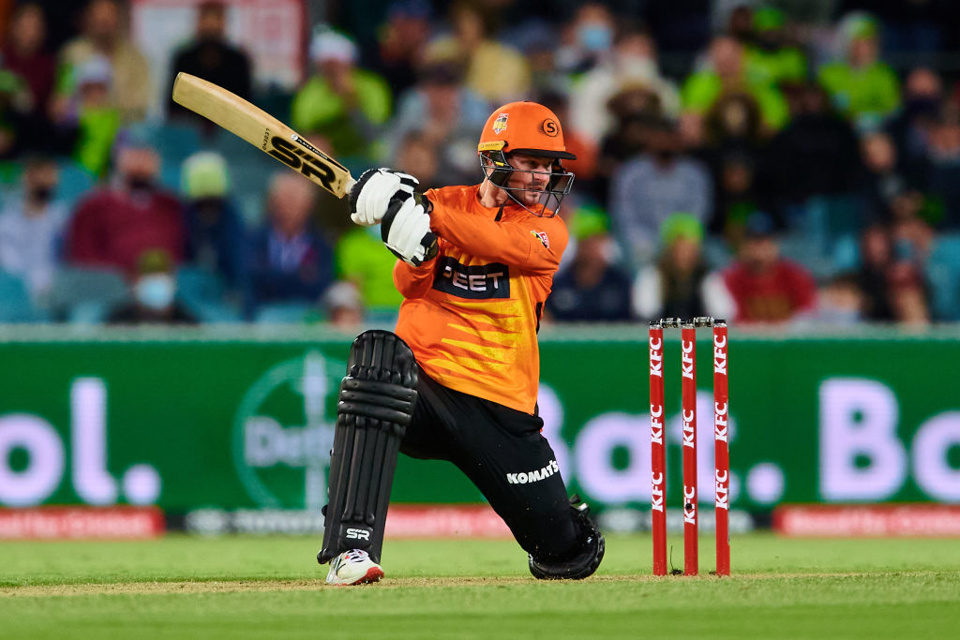 Going into BBL 11, the two cricket writers here at BettingOdds.com had differing views of how the tournament would play out. Adam had the Perth Scorchers winning their fourth Big Bash title whilst Neil had the Sydney Sixers going back-to-back-to-back. Well they both still have hope that they will be proved right but the bookies don’t see it as an even contest as they face-off in the final on Friday...

It would be fair to say that Perth have had a dominant campaign, topping the ladder with 11 wins and only three losses. They were undefeated through their first six and apart from the Strikers doing the double over them, they failed to win on only one other occasion.

Mitch Marsh has been in scintillating form in this edition of the Big Bash, scoring 342 runs at an average of 68.4 and a 147.4 Strike Rate in just seven innings. The Australian international known for his big hitting has been a doubt having picked up a slight hamstring injury a week ago but all signs point to the 30-year-old suiting up and playing on Friday.

When it comes to good news about injuries however, look away Sydney Sixers fans. They stumbled over the line against the Strikers on Wednesday to qualify for this match but did so with three players from their starting XI picking up knocks during the game. Both Steve O’Keefe and Jordan Silk look extremely unlikely to play against the Scorchers with captain Moises Henriques commenting after the match that he didn’t know if he would be able to go.

With Josh Philippe out for Covid related reasons along with the Edwards brothers, it prompted Dan Christian to cheekily tweet out looking for any able bodies who might be able to play.

Shout out to anyone* in Melbourne that wants a game of cricket tomorrow night. My team is struggling to get 11 covid free, fit players on the park. Warm up starts at 6.30pm at Marvel Stadium.

Free beer afterwards, potentially out of a large cup.

One person who could still make a sensational return for the men in magenta is former Australian Test captain Steve Smith. Twice the Sixers’ appeals to Cricket Australia have been turned down to let him play but with such a severe injury situation, they are bound to ask for a third time.

If both teams were fit and firing I think this would be an extremely even contest. Sadly though that isn’t what we have heading into the BBL Final. The Scorchers are a very short price to win and when you consider they beat the Sixers twice in the regular season - when they weren’t plagued by injuries - you can see why they are such strong favourites. I've been on Sydney all season long but this would be a quite astounding performance should they be able to down Perth with all their injury and Covid related issues.

This is why I’m looking at the Prop markets and I love the price for Colin Munro to be the top scorer. Paddy Power are offering 8/1 that the former Kiwi international tops the run scoring charts. His 48.62 average is third only to Marsh and Hayden Kerr among those expected to play and he's joint-sixth in this market (along with Kerr for the record). I like big names to step up in big games.

Speaking of that, should Henriques play then the 4/1 for both him and Mitch Marsh to get 30 or more runs seems like a good bet. He's been the man in key moments for Sydney and Mitch Marsh is just dynamite. This bet though is very much predicated on the health of the Sixers captain.

Pakistan Super League 2022 Prediction as BettingOdds.com preview PSL 7 and offer up their best Betting Tips for…

Sydney Sixers vs Adelaide Strikers Predictions as BettingOdds.com provide Betting Tips and Match Odds for the…