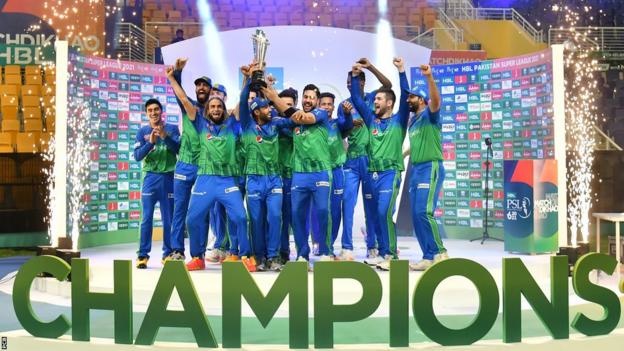 Sunday 5th December sees the return of the Pakistan Super League and our resident cricket guru @OddsTerrier has all the info you need for this exciting T20 competition from the sub-continent. We'll be regularly updating the page with info, odds and tips so bookmark it for all your PSL betting needs.

What is the Pakistan Super League?

When does the competition take place and where can I watch it?

PSL7 runs from the 27th January right through to the final which is due to take place on the 27th February. All games will be shown live and exclusively in the UK by Sky Sports

What is the Format?

Six Franchise teams will play each other home and away, comprising 30 regular season matches, staged at two venues in Pakistan. They are listed below:

Who are the Franchises?

Our first pick is for the tournament winners. Unlike the IPL and BBL the odds on this one are ridiculously tight. All six franchises are separated by only a few ticks. The favourites are the 2020 champions Karachi Kings who are priced at 7/2. The outsiders are the Quetta Gladiators who are only as big as 13/2.

However, we are going to pick a winner and we're siding with the Lahore Qalandars. Not only do they have home advantage for the early rounds but have an exceptional squad. No one has a better bowling line up with T20 WC stand out Shaheen Shah Afridi and all round best spinner in the world in white ball cricket Rashid Khan. They also possess all-rounder David Wiese who starred for Namibia in the T20 world cup. Phil Salt and Harry Brook can cause serious damage at the top of the order and they have some great home-grown talent.

Next up is a fairly obvious pick. Babar Azam is unstoppable right now. The 27-year-old captains the national team in all formats and is ridiculously good in this tournament. He is the all time top scorer at the PSL with 2070 runs at 43.12 av and won the Top Runscorer award for the last two seasons. His only other close competitor is his opening batting partner at Pakistan, Mohammad Rizwan who is 2nd in the betting at 4/1. I think The Kings will go very deep in this competition and expect Azam to come out on top again.

Lastly we're taking a bit of a punt on our old friend Rashid Khan to be top wicket taker. Back in our Big Bash preview, we tipped up Khan to be top wicket taker but we didn't take into account he would be leaving early to join his national team and for this tournament. At the time Khan left the Adelaide Strikers, he was topping the wicket count with 20 victims. In his last innings he recorded career best figures of 6-17 to sign off in style. No spinner has ever won this award in the PSL but we think Khan is in the sort of form to do it.

The Afghani maestro is 6/1 to head the pile here.

Enjoy the cricket and remember to bet responsibly.

Sydney Sixers vs Adelaide Strikers Predictions as BettingOdds.com provide Betting Tips and Match Odds for the…