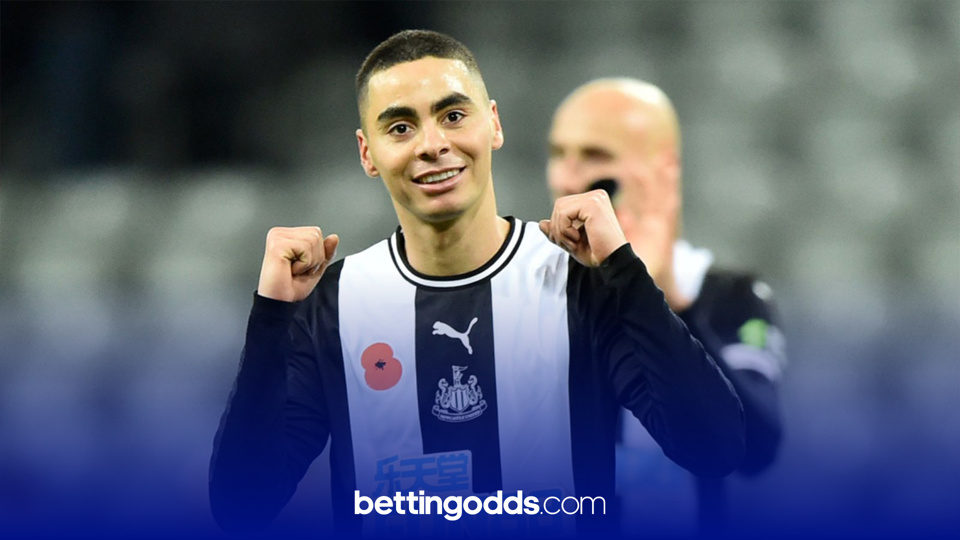 There are five Premier League games on Saturday including a televised battle for fourth between Arsenal and Man Utd and a London Derby between Brentford and Spurs. We've tasked our staffer @OddsT3rrier with previewing one of the 3pm kick offs and providing you with his best two selections.

Newcastle are on a superb run of form right now. They've picked up more points in 2022 than any other team, bar Liverpool and have won their last six straight games at home. Here they travel to East Anglia and a match against bottom of the table Norwich City. Eddie Howe and his men will be hoping to keep up their winning streak and take three more points in their battle to finish in the top half - a remarkable transformation considering it was themselves who were bottom and winless when Howe took over.

Norwich look doomed; eight points off safety with just six games to play and simply have to start winning games and quickly. That seems unlikely considering they have won just one of their last 10, lost seven in that time and have managed just 22 goals in 32 games this season. Their recent luck was summed up when scoring two away at Old Trafford, yet still taking nothing from the game due to a Ronaldo hat trick.

Dean Smith is without Adam Idah, Ozan Kabak, Josh Sargent and Andrew Omobamidele, but does have Brandon Williams back for selection after missing the game against his parent club.

I have to admit I was surprised at the odds on offer on Newcastle to win this one. Odds against versus a side that is rock bottom, devoid of confidence and that has won just once (against a dreadful Burnley) since January. Contrast that with a United side that are on the crest of a wave and have won nine of their last 13 games. New signing Bruno Guimaraes has been a revelation since signing, yet perhaps the biggest compliment you can pay to Eddie Howe is how much he has improved Newcastle's existing players. Previous failures such as Joelinton and Miguel Almiron look like completely different players.

The aforementioned Almiron forms part of my second bet. I have taken him to have a shot on target and doubled it with Newcastle right back Emil Krafth to receive a yellow card.

Almiron went on a tear against Crystal Palace in mid-week, mustering up seven shots, two on target and his first goal of the season. He's managed 29 shots and seven shots on target in just 15 starts and is in a much more advanced role under Howe as part of a front three. Against possibly the worst team in the division, he should have plenty of chances here.

Krafth has seen his opportunities increase under Howe and now is first choice starter at right back for most games. He has picked up a bit of a reputation as a walking card however, picking up five yellows in just 14 starts. He averages 1.8 tackles per game and 1.3 fouls per game, so is always in the thick of the action.

The two bets combined pay 11/1 at William Hill and i'll be taking a small stake on it as our longshot.