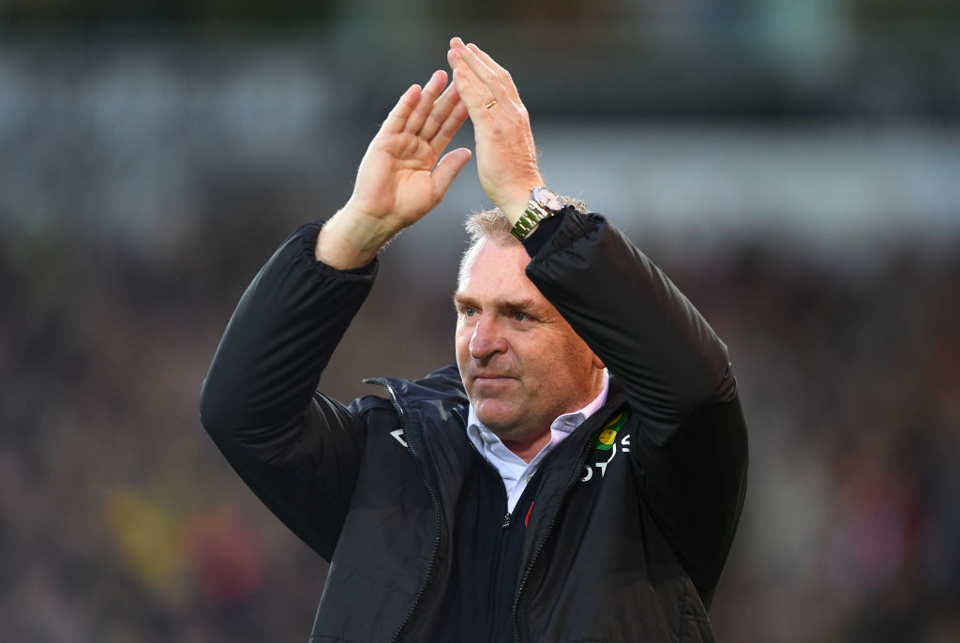 Dean Smith's side grabbed their first win of the season on Tuesday and our man fancies them to get the three points against Millwall on Friday
By JimmyThePunt
13:00 Thursday 18th August 2022 - 4 minute read

The first fixture on this weekend's Championship slate takes place at Carrow Road on Friday evening where Norwich host Millwall at 20:00 live on Sky Sports.

Dean Smith will not be thrilled with his side's start to the campaign. It may be early days but two defeats, a draw and a victory is not the form of a side chasing promotion, especially considering the calibre of the opposition they have faced.

The Ante Post favourites for the title picked up their first three points of the season on Tuesday against struggling Huddersfield. Teemu Pukki missed out with a bruised foot and this clash is expected to come too soon for the Finnish talisman. Josh Sargent stepped up in his absence though, scoring, drawing the red card and racking up five shots. The American should continue to lead the line here flanked by Todd Cantwell and Danel Sinani.

As for the visitors, they do not know when they are beaten. Twice in as many games have Millwall come from two goals down securing three points against Coventry at the weekend and a point at the Liberty Stadium on Tuesday.

There was an element of fortune in the Lions' latest comeback, with their two injury time goals coming courtesy of Swansea defenders, nevertheless it perfectly encapsulates this squad's indomitable attitude.

Gary Rowatt’s side will be riding the crest of a wave up to Nofolk and their supremo could name an unchanged squad.

Last campaign, Fulham and Bourenemouth- the two sides that went up automatically- were the only two teams to rack up more points at home (46) than the Lions, who won 45 points.

If Rowatt’s side could have emulated that form on their travels then they would be plying their trade in the top flight right now, however, they did not. In fact, only the three relegated clubs- Derby, Peterborough and Barnsley- won fewer away games than Millwall who won just four times on their travels.

It is not hard to see why they only picked up 24 points from a possible 69 away from home, they averaged less than a goal a game and failed to score in just under a third of their 23 fixtures.

This campaign, they were outplayed in a 2-0 defeat at Bramall Lane and- as previously mentioned- were extremely fortunate to come away with a point against Swansea. It is also worth noting that, given their poor start to the season, that this is a game Norwich really have to be winning.

All things considered, I think at a shade under evens backing the hosts to secure the three points is worth a play.

Using Bet365’s ‘Bet Builder’ feature, you can combine the following at 10/3; Josh Sargent over 2.5 shots, Marcelino Nunez over 0.5 shots, Norwich to win and the game to feature over one goal.

The Norwich victory is explained above and combining it with over one match goal only excludes the 1-0 home win, a result that Norwich last won by 45 league games ago.

As for the shots, the Canaries have racked up 68 shots in their opening four league matches, topping the charts for shots per game (17) and shots from open play (54). The majority of their efforts- 91% to be exact- have come in their last three games.

Sargent had five shots in midweek and Nunez has had nine in his three starts, meeting this line in each of those appearances.