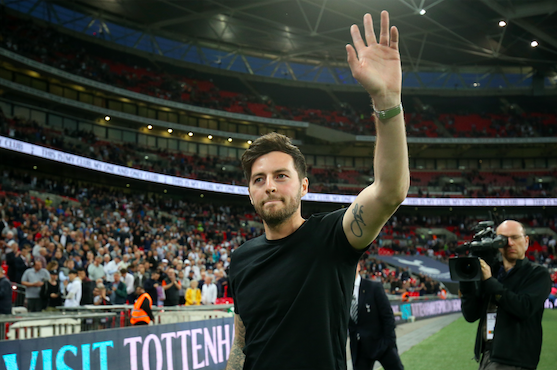 After weeks of speculation, rumour, and uncertainty Ben Garner has swapped Swindon for Charlton, where he's replaced Johnnie Jackson.

The former Bristol Rovers boss was only appointed at Swindon last summer - replacing John McGreal after his 30 day stint - but after a single season at the helm - plus a puzzling post-season negotiation period - he's made the decision to move up a tier into League One.

As a result, Swindon are searching for their fifth manager in less than two years.

Swindon were just the one penalty kick away from the play-off final last season and while there will now inevitably be a deflating feeling following Garner’s surprise exit, they will be expected to challenge for promotion once again next term meaning it's a tempting opportunity for an incoming manager.

Without further ado, we've taken a look at some of the names in the frame for the position - scroll down for full odds.

Former Swindon loanee Ryan Mason (2/1) has emerged as the favourite for the position. The Premier League’s youngest ever manager - as Spurs interim in 2021 - has remained at the club as First Team Coach under Conte. In truth, it’s difficult to see him leaving right now - unless there’s a sudden summer switch-up at Spurs - but if he’s hungry to step out alone in the managerial arena then the Swindon job could represent an ideal first permanent opportunity for the 30-year-old.

Michael Carrick (20/1), who also had a brief spell on loan at Swindon, has long been linked with a return to the County Ground as manager. However, unlike in previous times, the young coach is now out-of-work having left his post at Man Utd back in December. The 40-year-old has since featured in a fair few next manager markets, including Salford, Blackburn, Blackpool, and most prominently Lincoln, while he'd no doubt be a popular choice at Swindon given his profile and contacts book.

The bookies' have previously been confused by 'Matt Taylor' in manager markets given that this is the name of two managers. So on this occasion they've priced up both men at 3/1: that's the Matt Taylor at Exeter, who is extremely unlikely to drop back down to League Two after winning promotion, and the far more likely former Swindon player Matt Taylor, who previously managed Walsall, coached at spurs, and was briefly Swindon's interim boss in 2018.

Similarly, Luke Garrard (33/1) has been linked with several EFL vacancies over the course of the last season, a season which saw Boreham Wood reach the FA Cup fifth round, while he's twice taken his side to within touching distance of League Two. The 36-year-old has only just signed a new three-year contract, yet the chance to manage a club the size of Swindon would surely turn his head. Especially considering his connection to a club where he was an apprentice at, then went on to make his professional debut; making 17 appearances in total.

Daryl McMahon (Dagenham & Redbridge) could also be worth paying attention to, as could England U18s boss Ryan Garry, and former Swindon player Paul Caddis (7/2) who is currently coaching at Fleetwood.

Mark Delaney is available at 6/1 after leaving his post as Aston Villa's U23s boss, Brighton U23s boss Andrew Crofts has been touted, whereas Gianfranco Zola is a surprise name in contention at 10/1.

Luke Garrard, Boreham Wood boss since 2015, has transformed his side into National League promotion contenders and over the weekend upset League One outfit AFC Wimbledon in the #FACup

Here he is belting out Teenage Dirtbag! 🗣️

We’ve already seen the League Two duo of Garner and Rob Edwards change jobs, so could Swindon have one eye on re-appointing their former title-winning manager Richie Wellens? The 42-year-old, 16/1, previously left the Robins for Salford, then moved to Doncaster, while he’s been in charge of fellow League Two side Leyton Orient since March. Stranger things have happened.

He may have managed - and been successful at - Swindon’s rivals Oxford, but the now available Michael Appleton (33/1) is an intriguing one to ponder. As are the likes of ex-Sunderland boss Jack Ross, Crewe's former promotion-winning manager David Artell, and Darren Ferguson who has twice led teams up to League One and also has three promotions up to the Championship on his CV.