Tottenham have made a managerial change for the third straight season after they decided to pull the plug on Nuno Santo’s four month stint in charge.

Mauricio Pochettino departed in November 2019, then Jose Mourinho was axed in April 2021 in the week leading up to the League Cup final, as Ryan Mason took over as interim manager until the summer.

Santo, who is the third Premier League casualty of the campaign following Xisco Munoz and Steve Bruce, now leaves Spurs 8th in the table with 15 points from 10 matches.

Fans will undoubtedly hope that Daniel Levy and Fabio Paratici don’t repeat the summer shambles when it comes to appointing a new manager, although many of the names that were in the frame then have unsurprisingly catapulted back into the running.

Below, we assess the chances of each of the leading contenders getting the job this time around…

Was one of multiple managers to come close to an appointment in the summer but ultimately decided against a move to Spurs as he wasn’t convinced by the project.

Is Antonio Conte's stance likely to have changed 10 games into the season?

Given how poor Spurs have been, you’d think not, but there are rumours from the Italian media that the club are planning to try their luck again on tempting the serial-winner, although Conte may well use an approach as leverage to spark a move to Man Utd into life.

Back in May, Daniel Levy revealed the characteristics he wanted in the next Tottenham manager: “free-flowing, attacking, and entertaining football”.

After a farcical search Levy then surprisingly went against his comments and appointed Nuno Santo, who unfortunately never fit the bill. A few months later and the club are back to square one.

There are many fans who believe that Levy should chuck absolutely everything at Graham Potter.

If the Brighton boss was hot property in the summer, he’s now absolutely scorching following his side’s brilliant start to the season. He's tactically versatile, intelligent, progressive, and surely an ideal candidate for the vacancy.

Had supporters in the summer but it didn’t feel like the right time.

Scott Parker then switched Fulham for Bournemouth and is currently the only manager in the EFL yet to suffer a league defeat this season: The Cherries are top of the Championship with 37 points from 15 matches, conceding just eight goals so far.

Parker has played and coached at Spurs, could he now complete the hat-trick and become manager?

There are higher-quality, more experienced managers out there at this moment in time, but don’t rule out an approach if Spurs miss out on their top targets.

Roberto Martinez gets an absolute hammering on Twitter, often unfairly.

Yes, he’s not yet won anything with Belgium’s Golden Generation but third-place at the 2018 World Cup followed by a quarter-final Euro 2020 defeat to eventual winners Italy, and a Nations League semi-final isn’t exactly disastrous.

At the time of writing he has a win rate of 75.8% from 66 games in charge. That's pretty impressive.

The Spaniard, who adopts an attacking and free-flowing style, is reportedly keen to return to club level. He’s been linked with Barcelona, is currently the favourite for the Newcastle job, and can be backed at 16/1 for Spurs.

He probably wouldn’t be the appointment most fans crave though, with an appointment at the Toon perhaps more likely.

Could the dream for many soon become a reality?

There’s been some shouts that Mauricio Pochettino is under pressure in Paris. However, he’s opened up an eight point lead in the league after just 12 games, with his side also top of their Champions League group having recently beaten Pep Guardiola’s Man City.

Deep down Poch is likely to crave a return to Spurs at some point, but the timing is difficult. Maybe in the summer…

Swatted away rumours in the summer and he will do so again this time around. Simply not happening.

After smashing a rejection pie into his face in the summer, could Tottenham go back in for Paulo Fonseca?

The former Roma manager employs an exciting and attack-minded brand of football, and remains available for hire, despite being hotly linked with the Newcastle job.

Is sure to attract attention given that he’s leaving River Plate next month after an immensely successful seven years.

The two-time Copa Libertadores victor could be set for the perfect finish as his side close in on the elusive league title, which for one reason or another has so far escaped his grasp.

To many he is a natural fit for Barcelona, however the club look to be opting for Xavi instead.

Given that Ryan Mason is likely to oversee Spurs for at least a few weeks, perhaps an agreement could be settled for Gallardo in the New Year.

Yet another boss who appeared to be on the cusp of joining Tottenham in the summer, only for the Dutchman to pen a new deal with Ajax.

There’s no chance he’s leaving six months later considering that his in form troops are flying both domestically and in europe.

We do, however, hope to see the excellent Erik ten Hag in the Premier League sometime in the future!

Over the years Ajax have become well accustomed to losing their young starlets to the European big guns, but now the club could face a fight to hold onto their manager, Erik ten Hag, who continues to blossom in Amsterdam. The…

An interesting outsider to contemplate at 33/1.

Kasper Hjulmand is an excellent manager who continues to do a fantastic job at Euro 2020 semi-finalists Denmark who have already bagged their place at the 2022 World Cup.

He’s probably unlikely to leave the Danes before then, but he should definitely be on Tottenham’s radar. 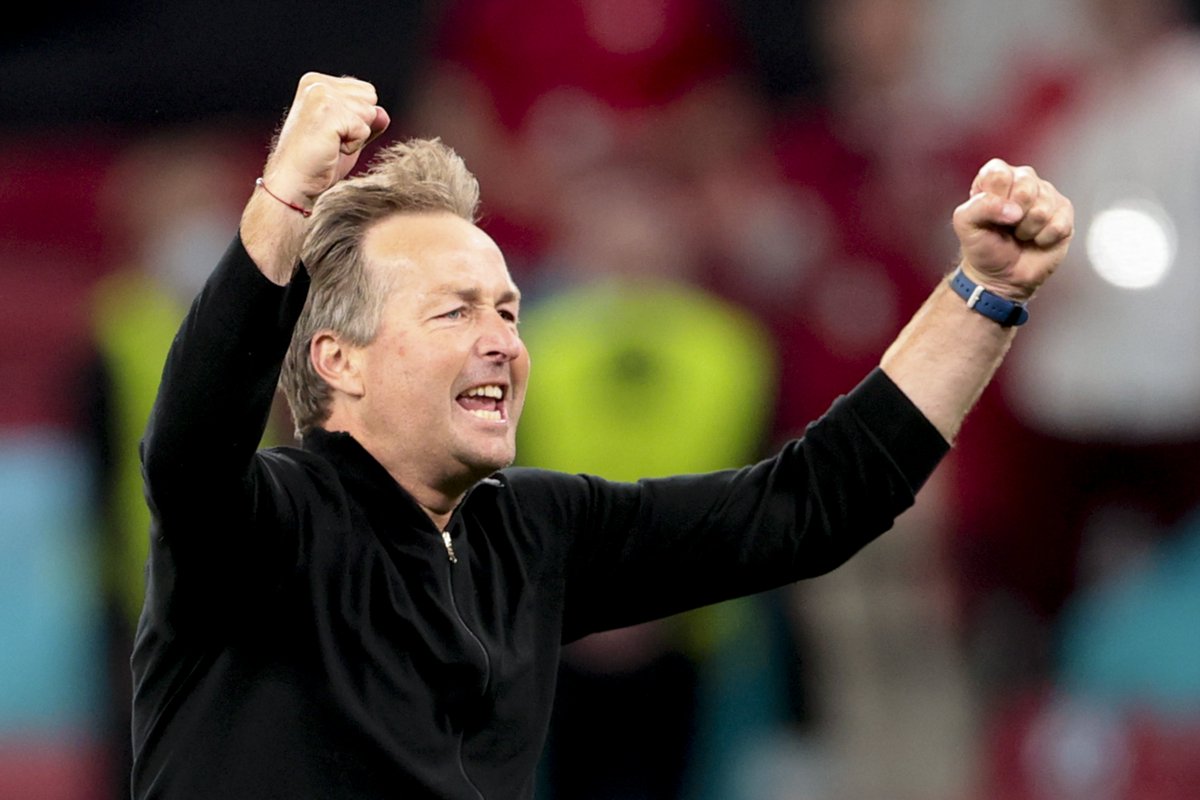 For some reason the former Barcelona boss doesn’t get much attention these days in next manager markets.

Ernesto Valverde has back-to-back La Liga titles on his CV from his time in Catalan, he led Athletic Bilbao to their first trophy in three decades, and thrived in Greece. He’s also previously said a move to England is something he’s considering - back in the summer we wrote a piece on why he could be an attractive option for Tottenham.