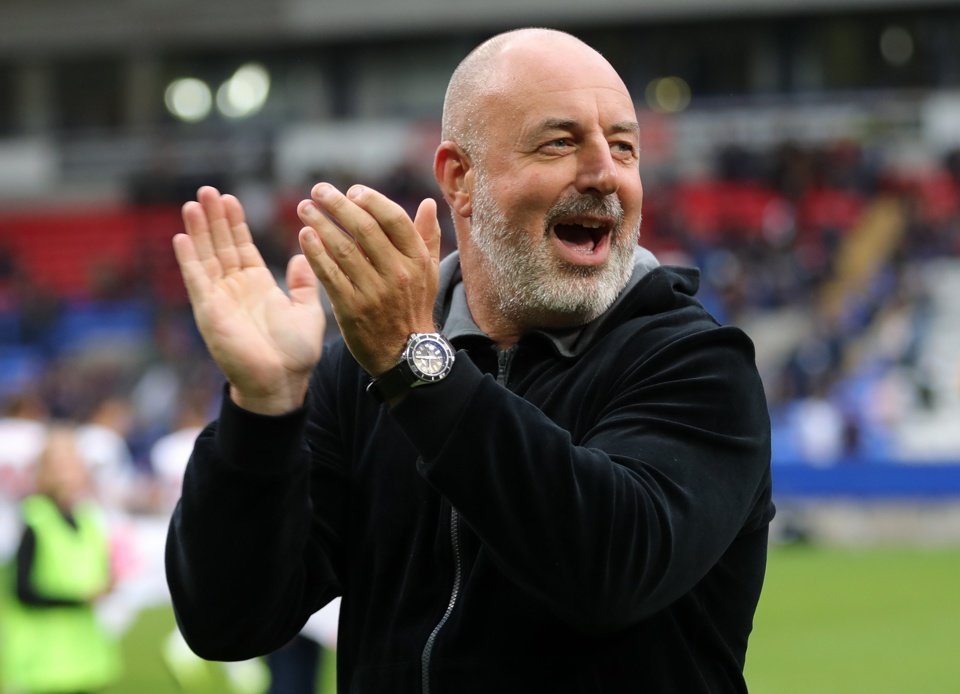 Scunthorpe look to be closing in on a new manager after Keith Hill’s odds were slashed to 1/10 with Sky Bet, while Bet Victor have suspended the market.

The Iron parted ways with boss Neil Cox on Monday following a 2-1 defeat to Colchester, a result which left the club bottom of League Two with just two wins from 15 matches so far this term.

Coach Tony McMahon and goalkeeping coach Paul Musselwhite were then placed in interim charge of the first team and for the moment at least the duo are still expected to oversee the weekend’s FA Cup first round clash against League One side Doncaster Rovers.

Former Scunthorpe boss Nigel Adkins has been linked, as have the likes of Chris Beech and Andy Crosby, however at this moment in time all signs point to Hill taking over.

Since leaving Tranmere in May, Hill has been the bookies’ favourite for the Carlisle job - who appointed Keith Millen - and currently features in the betting to succeed Dave Challinor at Hartlepool, who lost their manager to Stockport earlier this week. However, his sudden move in the Scunthorpe market has seen his odds for the Pools job drift way out to 50/1.

In his first job at Rochdale he propelled a team struggling in the League Two relegation zone to an impressive 9th place. Back-to-back play-off finishes followed, before he orchestrated an automatic promotion up to League One, then 9th in their first season back at that level; their highest finish since 1970.

This caught the attention of Championship side Barnsley, who avoided the drop in his only full season in charge.

Hill returned to Rochdale, who by then had fallen back into League Two, but he once again inspired a promotion up to the third-tier, where he delivered three top-10 finishes through to his exit in 2019.

Up next was a spell at his financially troubled hometown Bolton, who started the 2019/20 season with a 12-point deduction and subsequently suffered relegation down to League Two, leading to Hill’s exit. “I felt very hurt, I must admit,” he later said of his departure.

The 52-year-old returned to League Two a year ago with Tranmere, whom he took to the EFL Trophy final and a top-seven finish, however he was sacked before the play-offs took place due to a combination of fan unrest, a drop in performances, and that interview.

If the latest in the betting is believed then Hill could now be on the cusp of becoming Scunthorpe’s 15th manager in the last 11 years.