Sacking Season: Three Premier League managers down in a month, who could be next?

The Sacking Season has exploded into action over the course of the last month.

Xisco Munoz was given the boot by Watford at the start of October, then Newcastle’s Steve Bruce followed a few weeks later in the aftermath of his 1000th match in management.

Nuno Santo became the latest Premier League casualty on Monday after Tottenham lost faith in his methods after all of four months. Antonio Conte has since made a sensational return to England.

So, that’s three top-flight managers burnt to dust in the space of four weeks, and with the international break on the horizon more victims could soon be swallowed up; four of whom we take a look at below...

Aston Villa manager Dean Smith has been installed as the new 7/4 favourite (Paddy Power). He was 20/1 a couple of days ago.

Losing your star man and nucleus of your team is never easy, but expectations were still high heading into the new season after cash was splashed on exciting talents such as Emiliano Buendía, Leon Bailey, and Danny Ings.

Yet Smith’s squad have so far failed to adjust to life in the post-Jack Grealish era, especially in recent weeks during which they’ve lost four straight games, leaving the club in a disappointing 15th; a far cry from their pre-season hopes of challenging for a European spot.

Smith definitely has credit in the bank given that he led his boyhood club back into the Premier League, saved them from relegation, then enjoyed an impressive 2020/21 season.

However, critics will point to just seven wins from 24 league games dating back to March. A fifth consecutive defeat on Friday to Southampton could see patience wear very thin, especially given reports that Villa have already sounded out Paulo Fonseca as a potential replacement. 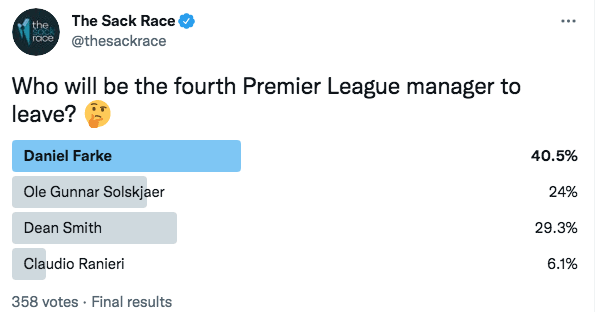 If Villa fans think that seven wins in 24 games is bad, then they should spare a thought for poor Norwich fans. The club’s incumbent Daniel Farke has scraped only five wins from his 48 matches as a Premier League manager, and is winless in 10 so far this term.

The Canaries are rooted to the foot of the table with just two points on the board, they’ve found the back of the net just three times (a league low) and already conceded 25 goals (a league high).

Farke is well liked at Carrow Road. He’s orchestrated two Championship winning campaigns, and at that level he’s overseen some cracking football. Yet there are understandable fears that he’s just not been able to cut it in the Premier League. Even the most patient and supportive of fans must be at least contemplating a change.

The outcome of the Brentford game ahead of the international break could prove pivotal to Farke’s future, with the German currently priced at 4/1 to be the next to leave. 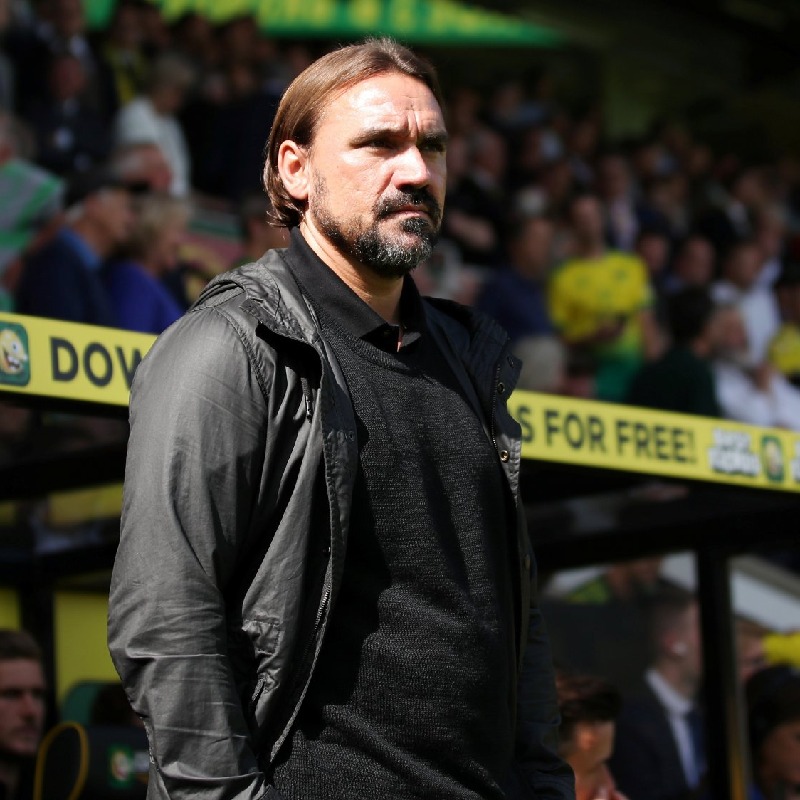 In his 48 Premier League games in charge of Norwich, Daniel Farke has only won five times

In truth, we thought Ole Gunnar Solskjaer - now 5/1 - was toast after the historic 5-0 pummelling at home to Liverpool. He somehow clung on, changed systems, and oversaw a fantastic 3-0 win at Spurs.

Ironically this then brought an end to the tenure of Nuno Santo, leading to the manager many thought would replace Solskjaer, now taking over at Spurs: Antonio Conte. Remarkable.

It now looks like Solskjaer’s stay at Old Trafford will be prolonged. In part due to the lack of available options. Yet they failed to convince against Atalanta on Tuesday - a point was saved thanks to Cristiano Ronaldo, again - ahead of this weekend’s Manchester Derby.

50/1 a few days ago, Rafa Benitez’s odds have been sliced to just 10/1 following Monday’s defeat to Wolves.

It was Everton’s third defeat in a row, and comes at the worst time with a tricky fixture schedule on the cards. The Toffees face Conte’s Spurs this weekend, then after the international break they face the likes of Man City, Liverpool, Arsenal, and Chelsea.

Those rumours of a return to Newcastle simply won’t go away either. Admittedly it’s probably an unlikely outcome but with Unai Emery reportedly no longer in the mix, it’s anyone’s guess who will succeed Steve Bruce at St James’ Park.

The Premier League is currently the epicentre of the managerial world. England’s top-flight is jam-packed with elite managers, high-quality coaches, and talented prospects. In the elite category we once again have Antonio Conte…