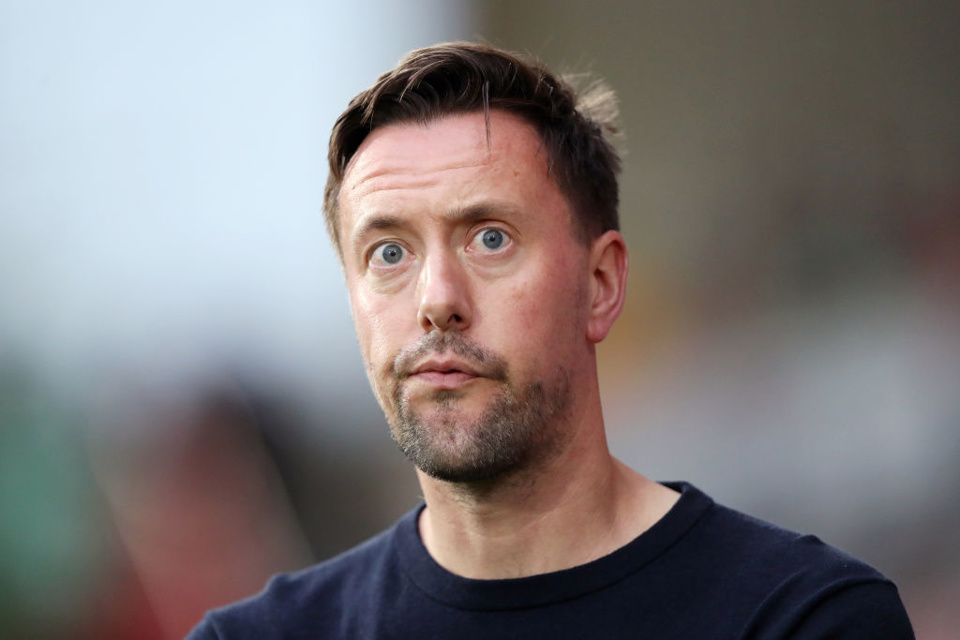 Last month Notts County suffered the double blow of missing out on promotion to League Two followed by the exit of their highly-rated head coach Ian Burchnall, who jumped up two divisions to lead Forest Green Rovers’ League One charge next season.

Burchnall replaced Rob Edwards, who himself was lured over to Watford shortly after Forest Green lifted the League Two title.

Burchnall spent 14 months in charge of Notts County, with whom he twice led to top-five National League finishes only to come unstuck in the frenzied play-offs - losing in extra-time on both occasions.

The Magpies have since told supporters that the process of recruiting a new head coach will take at least two weeks as the club seeks to find someone who suits their philosophy and can build on the foundations laid by Burchnall.

Danish manager Kim Engstrom originally emerged as the shock frontrunner in the next Notts County manager market, however it’s since been reported that he was never in contention and has subsequently drifted to 16/1 - the whole saga was a wind-up from a fan - while independent.ie state that Derry City boss Ruaidhri Higgins turned down the chance to talk with the club.

Mike Williamson is the current bookies’ favourite to replace Burchnall. Priced at 5/4 with BetVictor, Williamson was recently hotly linked with League Two side Hartlepool following his exploits this season just gone at Gateshead; a side he led into the National League after winning the North division title as player-manager.

Notts have already signed his Golden Boot winning striker, Macaulay Langstaff, now could Williamson be set to follow suit? No official approach has been made, as of yet, so we'll have to wait and see if this story progresses.

Considering how close Gateshead FC came to going out of existence, the fact the fans saved it & now the club are back in National League is remarkable. Mike Williamson has done a tremendous job (as well as being one of the nicest people in football)

Given the open nature of the market so far combined with Notts County’s revelation that they will take their time in recruiting a new boss, it wouldn’t come as a surprise if a new name burst into contention at some point.

It could therefore be worth keeping an eye on various youth team coaches at national and domestic level. We’ve just seen Crawley Town appoint Kevin Betsy who was in charge of Arsenal’s U23s and had experience of working in the England set-up.

Luke Tisdale fuelled rumours that he was set to take charge of Notts after he left his post in charge of Coventry City U-23s last week, yet nothing substantial has happened since. Tisdale, 5/1, has a track record of developing young players and could utilise his knowledge and links to recruit talented young stars of the future.

Meanwhile, Neill Collins could be one to keep an eye on at 16/1. The former Sheffield United and Leeds centre-back has been managing USL side Tampa Bay Rowdies since 2018; finishing top of the table and reaching the Championship final in 2020, and was crowned Manager of the Year the following season after another Eastern Conference success.

Former Magpies manager Mark Cooper previously oversaw the club for the final 10 games of the 2015/16 League Two season. At the time he opted not to extend his contract, then swiftly became manager of Forest Green - a recurring theme here. Does Cooper have unfinished business at the club? He’s unemployed right now and is 5/1 to return for a second spell.

Another one of the club’s ex-bosses, Shaun Derry, features at 12/1. Derry began his managerial career at Meadow Lane in 2013 and won 26 of his 77 matches. He’s since had a spell in charge of Cambridge, coached at Oxford, and is now development coach at Crystal Palace.

It’s no secret that Notts County are desperate to return to League Two, could they lure an EFL veteran down to the National League to help them achieve this goal?