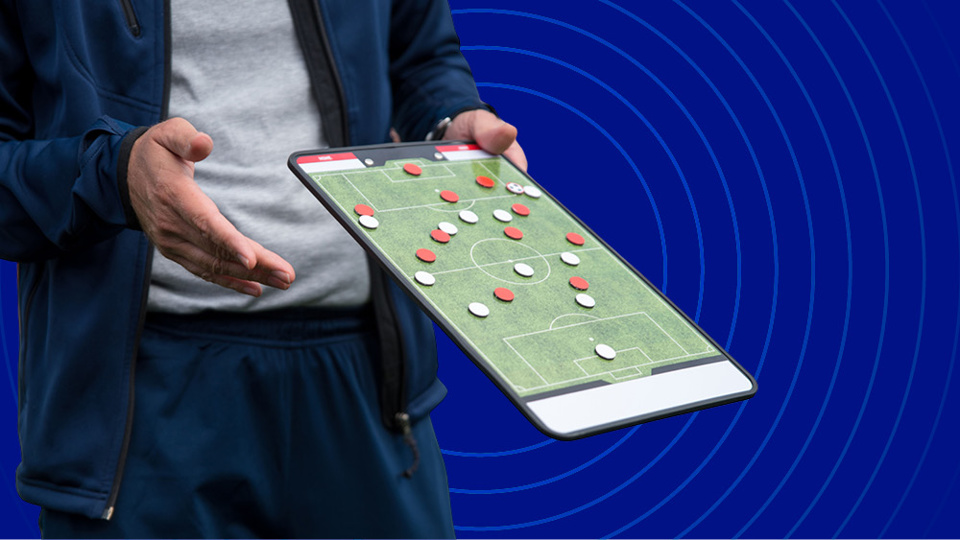 A look at the contenders in the next MK Dons manager odds market
By Jack Kitson
15:25 Tuesday 20th December 2022 - 4 minute read

Now the dust has settled a little on the sacking of head coach Liam Manning at MK Dons, we've taken a look at the contenders in the betting to take charge of last season's League One play-off finishers, who are currently trapped in the division's relegation zone...

MK Dons gave Manning the boot earlier in December following a defeat at home to Fleetwood, which left the club 23rd in the table with four wins from 20 games.

It proved to be a rapid unraveling for Manning, who back in the summer was one of the hottest young properties on the EFL's managerial circuit after he led the club to 3rd in his first season.

In the first game after his sacking, MK Dons sunk to a 4-1 cup defeat away to Bristol Rovers, but responded with an impressive 2-0 win at Portsmouth last weekend: their first league win since October.

The man responsible for leading the MK Dons to victory was long-serving player Dean Lewington - son of former England assistant manager Ray - who has been handed the role of interim head coach since Manning's exit. However, the 38-year-old does not wish to be considered for the permanent role:

Meanwhile, it's Bradley Johnson who will be in charge for Tuesday's cup clash against Leicester City as Lewington is having surgery on a hamstring injury.

So, who could be the full-time replacement for Manning in the dugout?

The next MK Dons manager market has been pretty open in the aftermath of Manning's departure on 11th December, featuring a range of different contenders.

At the time of writing, it's former Wigan boss Leam Richardson who is the 2/1 favourite with BetVictor to make a relatively swift return to management, with journalist Alan Nixon claiming that MK Dons are keen for talks with last season's League One winning manager.

Richardson was surprisingly sacked by Wigan in November, just a few weeks after he had signed a new three-year contract. The club's form had dipped but the timing seemed strange, especially given that he'd propelled the club into the Championship after lifting the League One title last season.

You'll then find Steve Morison and Brian Barry-Murphy locked on 4/1 in the market.

Steve Morison is looking for a route back into management after suffering the sack at Championship side Cardiff earlier this season, while former Rochdale boss Brian Barry-Murphy has overseen Man City's Elite Development Squad since the summer of 2021; leading his young side to PL2 title glory last season; while he was recently linked with QPR.

David Artell is priced at 6/1 to return to a division that he was relegated from last season with Crewe, a club he previously did a fine job at; firing a young and exciting side up from League Two then finished in the first-half in 2020/21.

Former MK Dons midfielder Peter Leven (8/1) could potentially be on the club's radar for a return as manager. The 39-year-old has held various coaching roles at Middlesbrough, Kilmarnock, and Dynamo Brest, as well as working as an assistant at Russian club FC Orenburg who he helped win promotion to the country's top-flight last season.

Also available at 8/1 is Oxford's boss Karl Robinson who spent six years at the helm of MK Dons between 2010 and 2016, during which he won promotion to the Championship.

Former Chelsea youth coach Jody Morris, who was Frank Lampard's assistant at Chelsea and Derby, has been frequently linked with EFL jobs over the last two years but has yet to nail down a job: he's 16/1 to take charge of MK Dons.

No stranger to taking up a place in next manager markets since leaving Peterborough, you'll now find Darren Ferguson at 25/1 after previously being introduced as one of the early frontrunners in the betting.

There are then a host of names located out at 66/1, including Marc Bircham, Craig Bellamy, Pete Wild, Luke Garrard, and Anthony Barry.