Next MK Dons Manager: A look at the early contenders to succeed Russell Martin 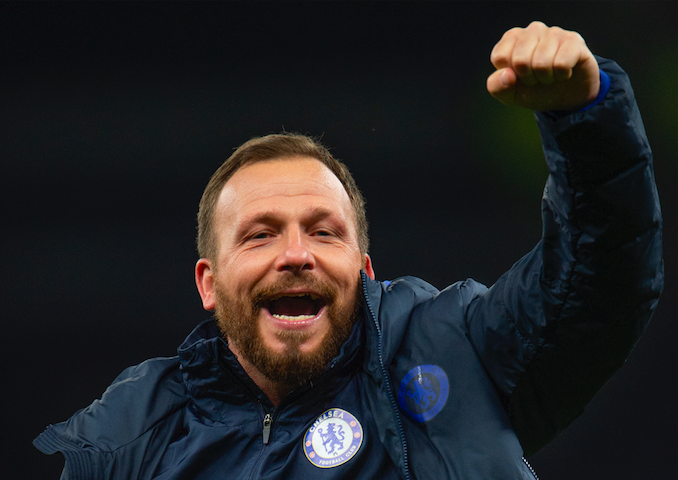 MK Dons have reluctantly opened up the search for a new manager after Russell Martin left for Swansea City.

The club have been dealt a triple-whammy in losing a highly-rated young boss, plus coaches Luke Williams, Matt Gill, and Dean Thornton, then there's the awful timing of the departures given that the club is currently attempting to prepare for their League One opener against Ian Evatt’s Bolton in just five days time.

"I think the fans should have confidence in the decisions that have been made at this club recently by me, Simon Crampton, the chairman - everyone. I would hope they feel confident in us to run this process smoothly,” revealed Dons' Sporting Director Liam Sweeting following the exits. “It will take as long as it takes and we'll make the right decision for the club.

"The process starts here. We've got a week until our first League One game. The challenge is tough, we'll have a short-term plan in place, the players will train ahead of the game. I've got full confidence in the guys here, the sports science guys, myself, Simon and his team. The new structure we put in place not long ago safe-guards us for this situation. We will prepare properly for this game.

"We will now begin the process to recruit a new manager. I won't sit on the disappointment longer than this interview because we've got to move forwards."

So, what direction to MK Dons head in next? We’ve taken a look at the early contenders for the new job according to the next MK Dons manager odds (courtesy of Bet Victor)...

Hotly linked with the Swansea job before the club opted for Russell Martin, Jody Morris now finds himself as the early favourite to be named as Martin’s successor at MK Dons.

His coaching pedigree is very impressive. The 42-year-old propelled Chelsea U18s to a treble and a quadruple in back-to-back seasons, then became assistant manager to Frank Lampard at Derby and Chelsea.

Believed to be keen to go alone in management, Morris could be an ideal choice to continue the impressive work Martin started.

Another prospective young boss touted as a possible Swansea manager was John Terry. Betting was briefly suspended on the ex-Chelsea skipper getting the Swans job after he surprisingly left his post as assistant manager to Dean Smith at Aston Villa. However, nothing materialised.

“It has always been my ambition to move into football management and, providing the right opportunity presents itself, I feel ready to take up such a challenge,” Terry revealed last week.

Could the new opening at MK Dons be that ‘right opportunity’?

READ: What Russell Martin said in his first Swansea interview

After working in the Championship then the Premier League, in truth it’s difficult to see Frank Lampard dipping down into League One.

Crowned League Two Manager of the Year after he led Cheltenham to title glory, Michael Duff’s managerial star is shining brightly as he prepares for life as a League One boss.

After securing the club’s first ever EFL title Duff is an absolute hero at Cheltenham so it would be a huge shock if he was to swap third-tier dugouts at this moment in time.

If MK Dons have plans to poach a promising young manager from the EFL then perhaps they could have a better chance in Stevenage’s Alex Revell.

Predicted by many to suffer relegation from League Two last season, in his first full campaign Revell overachieved in inspiring a 14th-place finish; with his troops nearer in points to the play-offs than the relegation zone, and the third-best defence in the division.

Revell also just so happens to be a former MK Dons player, and even saved a penalty after the striker went in goal after keeper Cody Cropper was sent off!

Throwback to when striker Alex Revell dramatically saved a penalty for #MKDons after goalkeeper Cody Cropper was sent off!!

The Stevenage boss is now being linked with a return to the club as manager... 🧤

The club appointed from within before in Russell Martin - which proved to be a brilliant decision - now could they repeat the feat with Lewington?

The son of former England assistant manager, Ray, is a 10/1 shot to make the step up into management.

Prediction: Jon Goodman and Dean Lewington will be the management team in the dugout for #MKDons on the opening day, as literally a one-game move. Russ Martin's departure will be a huge shock, it's all happened so quickly. I'd be surprised if the new boss will arrive in time.

Like the aforementioned Michael Duff, Mark Bonner enjoyed a promotion winning 2020/21 season after he led boyhood club Cambridge up to League One.

And like Duff, it’s difficult to see him swapping dugouts right now.

Out-of-work since leaving Preston in March, Alex Neil is now likely to have set his sights on a return to the touchline.

Neil spent four seasons at Preston but was unable to conjure up a play-off finish, but previously led Norwich into the Premier League and Hamilton into the Scottish Premiership.

Elsewhere you can find Newport’s Michael Flynn and former Colchester boss John McGreal at 14/1. Sol Campbell, Nicky Butt and Neil Harris are amongst those at 20/1, whereas Oxford’s Karl Robinson is out at 25/1 to return to his former stomping ground.