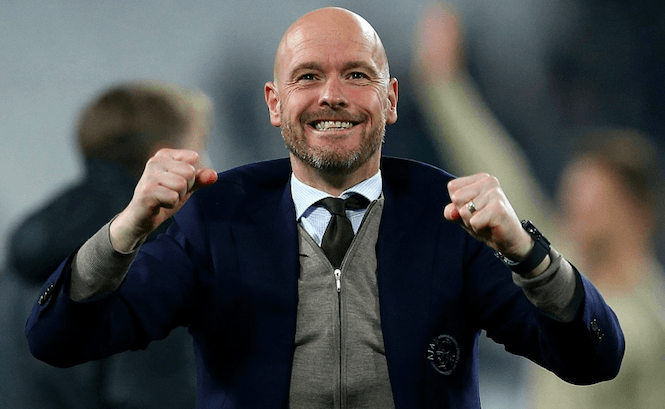 There’s a new favourite in the betting to become the next permanent manager of Man Utd after Erik ten Hag replaced Mauricio Pochettino at the top of the market with Paddy Power and Betfair.

Priced at 11/4 a week ago, both bookmakers now have the Ajax manager available as the 13/8 frontrunner to take over from interim boss Ralf Rangnick this summer, while PSG's Pochettino has drifted from evens to 5/2.

Thomas Tuchel is still in the mix at 4/1, although the Chelsea boss has so far been adamant he’s going nowhere. Spurs manager Antonio Conte is next in the running at 12/1, ahead of Inter’s Simone Inzaghi (20/1) and Man Utd’s Champions League conqueror Diego Simeone at 25/1.

The change in the betting comes after Pochettino’s comments over the weekend when he said he wanted to win the Champions League with PSG, who earlier this month were knocked out by Real Madrid.

“We are competitive by nature. This kind of challenge is an exciting one to take on…To give the possibility to fight for this (Champions League) title, it’s exciting.

“Beyond the sadness, to give PSG the possibility to fight to fulfil their objectives is always a great challenge. And yes, we feel capable of it. Afterwards, it’s a question of exchanges. We will have to sit down with the club to exchange. To find the best formula. To see the vision, the future, the ideas, the project.” (Quotes via The Athletic).

After his comments were made, Pochettino’s side were hammered 3-0 by Monaco. "The first half was unacceptable,” he fumed afterwards. “We had no fighting spirit. The way we played is not acceptable. This can't happen.

"We can't have this kind of attitude. It is unacceptable to start the game in this way. Respect for the club and our fans is fundamental. The important thing is to find solutions. Behaviour must be more collective than individual. We have moved away from that. We have to think collectively."

While the loss further fuelled speculation that PSG could opt to bring in a new manager in the summer - Zinedine Zidane is currently the odds-on favourite in the next PSG manager market - the club do look set to regain the Ligue 1 title given that they are 12 points clear with nine games to go.

Pochettino has also been linked with a return to Tottenham if Conte leaves, while there are rumours that Real Madrid could make a change in the dugout, even if Carlo Ancelotti wins silverware this season. Los Blancos have a nine point cushion at the top of La Liga despite a 4-0 hammering at home to Barcelona on Sunday, while they face Chelsea in the Champions League; a competition Ancelotti has won a joint-record three times.

Meanwhile Ten Hag, who like Pochettino and Man Utd exited at the last-16 stage of the Champions League, led Ajax to a thrilling comeback against title rivals Feyenoord to win 3-2. His side remain two points clear of PSV with seven games remaining.

As for Man Utd, they are now unable to win any silverware for the fifth season in a row, with just the top-four left to fight for. 11/2 priced United are currently four points adrift of Arsenal (4th) who have a game in hand.