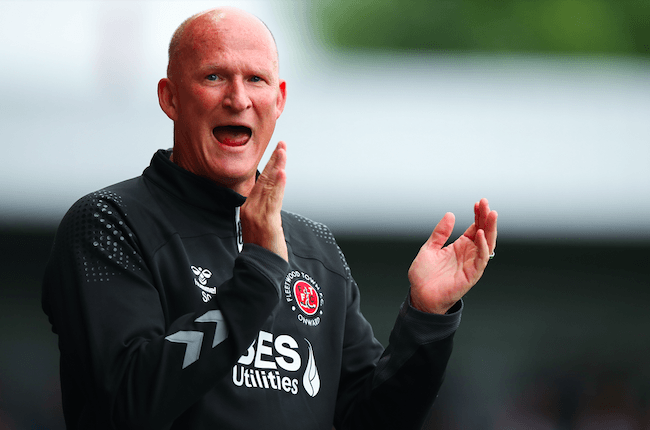 Simon Grayson (pictured) has plenty of experience and is available for hire
By Jack Kitson
14:57 Monday 16th May 2022 - 2 minute read

Hartlepool’s search for a new manager has heated up after two new names stormed towards the top of the betting market.

First up, in as the new frontrunner for the Pools post we have ex-Sunderland manager Simon Grayson at evens with BetVictor, cut from 12/1 in the next Hartlepool manager odds.

The experienced Grayson has spent the majority of the last 17 years employed in the Football League, having had seven spells at eight different clubs where he’s won four promotions.

However, while he enjoyed successful promotion-winning tenures in his first four jobs, he’s endured a rather tough time of late at Sunderland (18 games), Bradford (14), Blackpool (38), and most recently League One side Fleetwood (43), with whom he left in November following a run of seven defeats in eight matches.

The unemployed 52-year-old is now under consideration at Hartlepool, according to The Northern Echo journalist Matty Jones, but there have been reports that he could be set to jet off to India for a new experience in charge of defending champions Jamshedpur - formerly managed by Owen Coyle - while he features in the next manager markets for numerous clubs spread out across the EFL.

Over at the other end of the managerial spectrum we have 38-year-old ex-Newcastle defender Mike Williamson who is hot on Grayson’s heels at 2/1 in the betting - in from 16/1.

Gateshead’s player-manager, who is 3/1 for the Barrow job, has just come off a very successful season during which he became the club’s first manager to win a title in 36 years after he led his troops to National League North glory; they accumulated 94 points and scored 99 goals.

It would be quite the jump to go straight into League Two but it could be a risk Hartlepool are willing to take.

Elsewhere, Pete Wild features at 6/1, although he might not be available for a while given that Halifax Town are in the National League play-offs.

6/1 is also the price offered on Bromley boss Andy Woodman making the step up to League Two, Rochdale’s Robbie Stockdale is at 12/1 alongside former frontrunner for the job Tony Mowbray, whereas a whole host of names are located around the 25/1 mark.

It’s also understood that a mystery Scottish manager is in the mix too.