Everton are on the lookout for a new manager following the sacking of Rafa Benitez on Sunday. Benitez's tenure at Goodison Park was a short and not very sweet one and the 2-1 defeat against a Norwich side who hadn't scored a goal in the Premier League for six matches was the straw the broke the camel's back and it was reported the Everton hierarchy had an emergency meeting on Saturday night before confirming the decision to axe the Spaniard on Sunday.

Benitez's Everton won just seven matches from 22 games this season, with 11 defeats leaving them 15th in the Premier League and now on the search for a new manager.

The bookmakers have installed Wayne Rooney as short priced favourite.

The former Evertonian is currently working wonders at Derby County under difficult circumstances diue to a points deduction in the Championship.

The Rams would be 14th instead of 24th were it not for the -21pts deduction and Rooney has built a fantastic siege mentality at the club who have taken points from all of the top teams this season.

World Rooney be a popular appointment? I dare say he would given he's a Blue but he's still inexperienced in management let alone in the Premier League and could feasibly walk into a relegation battle. The bookies certainly seem to think Rooney is the man but we've seen plenty of market moves like this in the early stages of a manager market before. 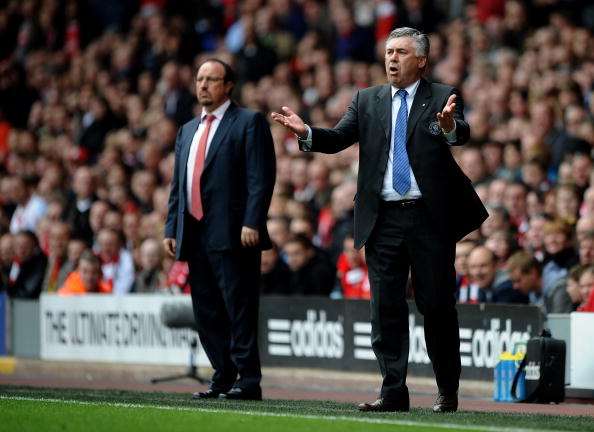 Also near the head of the betting to be next Everton Manager are Duncan Ferguson who might be once again tasked with taking caretaker charge of the team. Paddy Power go best price 7/2 about the Scot who was part of both Benitez and Carlo Ancelotti's backroom staff.

Roberto Martinez is also feature high in the betting. The Belgium head coach is a 4/1 chance with Paddy Power but would Everton fans welcome him back to Goodison Park with open arms and would he go?

Frank Lampard has been a constant feature in manager markets this season but Everton is a realistic fit on the face of things. At 13/2 would Everton fans take a pop at the former Chelsea and Derby manager taking over at Goodison?

Same could be said of Slaven Bilic who was a popular player for Everton and had pretty successful stints as manager at West Ham and West Brom. The Croat is 12/1 with Bet Victor. Currently managing in China.

Further down the betting, Paulo Fonseca who was linked with both Spurs and Newcastle is available to back at 18/1 with William Hill and as short as 10/1 with Paddy Power whilst out of work Nuno Espirito Santo is a general 16/1 chances after his very short stint at Tottenham.