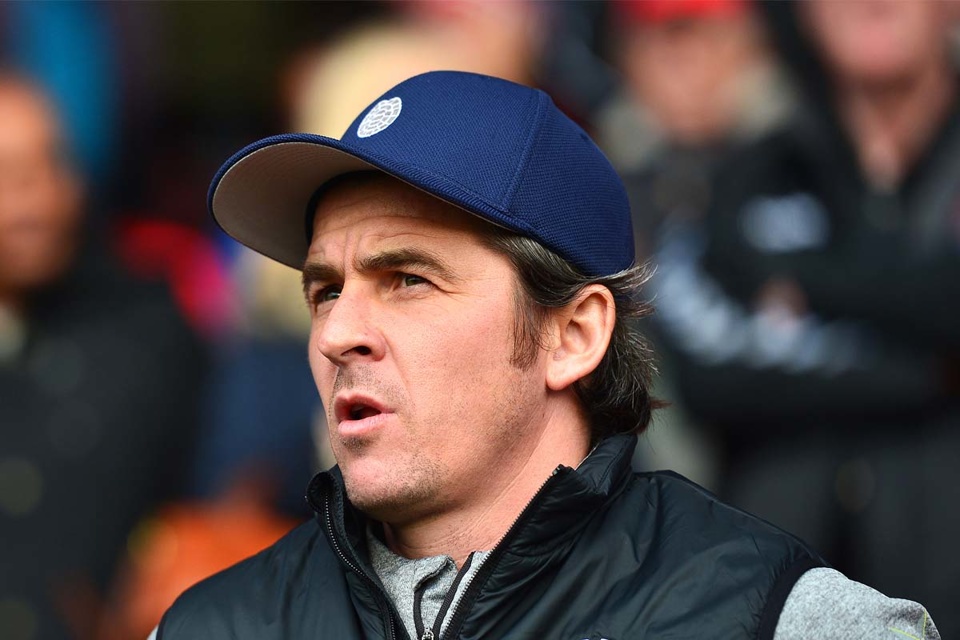 Joey Barton is now the bookmakers' favourite for the Burnley job
By Jack Kitson
09:46 Thursday 12th May 2022 - 4 minute read

Just as we were getting a little bit excited about the potential of old rivals Scott Brown (favourite for Fleetwood) and Joey Barton (promoted with Bristol Rovers) locking managerial horns in League One next season, a spanner has been thrown into the works: Barton is now the bookmakers’ favourite to become the next permanent Burnley manager.

On Wednesday night, Barton’s odds to return to his former club were slashed from a 40/1 long shot into the 11/8 frontrunner to replace Sean Dyche at Turf Moor.

It’s a swing we didn’t see coming, although it does breathe fresh life into a market which has been pretty uneventful in recent weeks.

This is in part due to the unexpected ‘manager bounce’ whipped up by caretaker Mike Jackson, who was only supposed to oversee one or two games following Dyche’s shock sacking, but now has the job until the end of the season as he attempts to lead the relegation-threatened Clarets to safety.

Jackson has impressively accumulated 10 points from five matches to date. With just three games to go Burnley are 17th, above the drop zone only on goal difference, although Leeds (18th) have played a game more. Everton, meanwhile, are two points ahead and also have three games left.

Who Burnley turn to this summer is likely to depend on what division they are in.

So far, we’ve seen a range of employed managers linked with the club. From Derby’s Wayne Rooney and Middlesbrough’s Chris Wilder, to Vincent Kompany of Anderlecht and the impressive Kjetil Knutsen (Bodo/Glimt) who earlier this season thumped Jose Mourinho’s Roma 6-1.

Meanwhile, Barton’s sudden appearance at the top of the betting market certainly sparks an intriguing debate over in The Royal Dyche - scroll down for the full betting market.

"I’m really surprised, Barton said of Dyche's exit last month. "Arguably, he’s been Burnley’s best manager in living memory. For as long as I’ve been around that’s certainly the case."

The 39-year-old is currently lapping up the plaudits after he propelled Bristol Rovers to an instant return to League One courtesy of a 7-0 hammering of Scunthorpe, which miraculously elevated The Gas above Northampton into the third automatic promotion spot on the final day of the season.

The dramatic, emotional, and unforgettable scenes that unfolded will live long in the memories of Rovers fans, whose side won nine of their last 12 games to storm up the league ladder into one of those prized promotion spots; complete with an attractive brand of football during the second-half of the season.

But, as we have seen so often, when the spotlight shines on the achievements of a manager the vultures start to circle.

Just look at Forest Green Rovers. They won the League Two title on the final day following a superb maiden season under rookie boss Rob Edwards who fired the club into England's third-tier for the first time in their history.

Yet, mere days later and the bubble has burst somewhat after Edwards was lured up the league ladder to Watford, where he’ll replace Roy Hodgson this summer. From managing in League Two to having the chance to become a Premier League manager should the Hornets win promotion next season. It’s quite the meteoric managerial rise.

Furthermore, we also saw Derek Adams leave Morecambe last summer after he impressively led the club up to League One. Albeit, he was poached from a team in League Two, Bradford. Within nine months he was sacked and back in charge of The Shrimps, with whom he kept in League One. It's a funny old game.

We’ll have to wait to see how the rest of the Premier League season unfolds.

In truth, it’s difficult to see them come knocking if they remain in the Premier League, but Barton could well be an option should they be located in the Championship next season, as was the case back in 2015 when the midfielder was signed and subsequently played a pivotal part in winning the Championship title and promotion up to the top-tier.