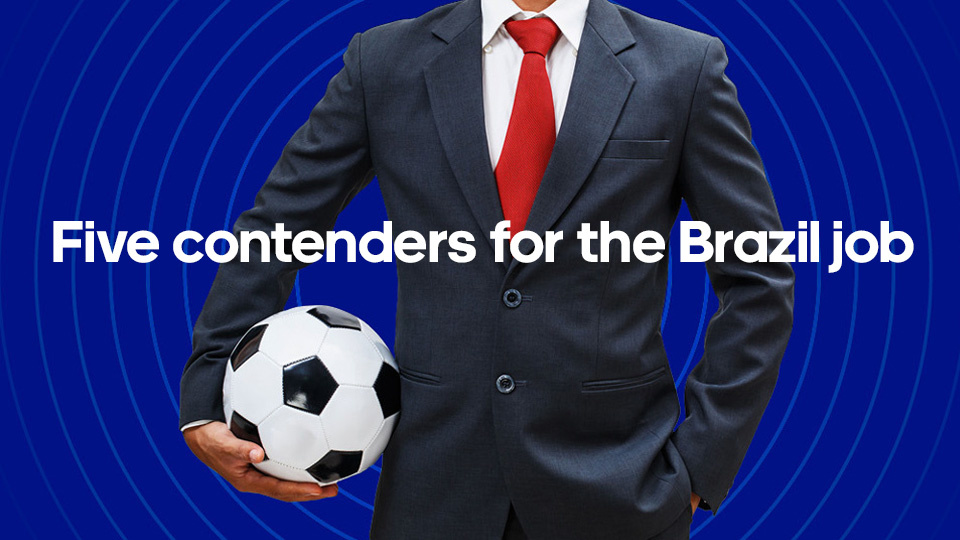 Brazil remain on the lookout for a new manager following Tite’s departure in the immediate aftermath of the 2022 World Cup.

Tite spent six years in the job, lifted the 2019 Copa America, recorded a 74% win rate, and lost just six of his 81 matches at the helm. However, he was unable to win Brazil that prized sixth World Cup, losing in the quarter-finals in both 2018 and 2022.

A new chapter will soon begin as Brazil hunt for a managerial protagonist tasked with attempting to lead The Selecao to their first golden trophy since 2002.

World Cup 2026 Odds
Bet £10 Get £30 In Free Bets
#AD 18+. Play Safe. New customers using Promo code R30 only, Min £10/€10 stake,  min odds 1/2, free bets paid as 3 x £10/€10, free bets credited after settlement of first qualifying bet, free bets will expire 30 days after the qualifying bet is placed, payment method/player/country restrictions apply.
Bet £10 & Get £50 in Free Bets
#AD Bet £10 & Get £50 in Free Bets for new customers at bet365. Min deposit requirement. Free Bets are paid as Bet Credits and are available for use upon settlement of bets to value of qualifying deposit. Min odds, bet and payment method exclusions apply. Returns exclude Bet Credits stake. Time limits and T&Cs apply.
Bet £10 get £30 in Free Bets
#AD New customers on mobile only. 7 days to claim and stake £10 minimum bet at odds of 1.5 or greater to qualify. Free, void, cashed out or partially cashed out bets do not qualify. Max 3x £10 free bets credited on bet settlement. Free bets must be used on 4 or more selections with selection odds of 1.3 or greater. Free bets are non-withdrawable, and stake not returned with winnings. 7 day expiry. 18+BeGambleAware.org. T&Cs apply.
Bet £20 & Get It Back As Cash If It Loses
#AD New customers only. Place your FIRST bet on any market at odds of min 2.0 (EVS) and if it loses we will refund your stake in CASH. Max refund for this offer is £20. Only deposits made using cards will qualify for this promotion. T&Cs apply, 18+ begambleaware.org

If there’s one manager with the confidence and charisma to deliver five-time winners Brazil another World Cup it’s Jose Mourinho.

Mourinho has long been linked with a move to the international managerial arena but won’t be overseeing his country Portugal anytime soon after Roberto Martinez was named as Fernando Santos’ replacement.

Mourinho is currently under contract until 2024 at Roma, whom he memorably propelled to their first major European trophy in his debut season after beating Feyenoord to win the Europa Conference League; meaning he became the first manager to win all of Uefa's top-three major European trophies.

A switch to Brazil has been fuelled somewhat by comments from his former Porto player, Brazilian Carlos Alberto, who has claimed on a podcast with Mundo GV that Mourinho will be the new Brazil boss and has asked him to be his assistant.

We’ll have to wait and see if there’s any truth to this. From the outside it does appear that Mourinho is loving life in The Eternal City, although a call from Brazil could well turn his head, as it would most managers.

Although he’d never show it, Zinedine Zidane will be irked at France’s decision to hand Didier Deschamps a brand new long-term contract which takes him through to 2026.

Many expected Deschamps to depart after 10 years in the job, during which he won the 2018 World Cup, with Zidane widely considered the favourite to take over. That’s not proved to be the case, leaving Zidane to mull over his dugout options.

Zidane’s success at delivering Real Madrid to widespread glory in the form of league titles and three straight Champions League triumphs makes him an appealing option to take over a Brazil side brimming with talent.

Ahead of the 2022/23 season we pieced together a list of 10 managers that we wanted to see return to work during the course of the campaign. Of the 10 put forward, Carlos Corberan (West Brom), Marco Rose (RB Leipzig), Xabi Alonso…

Speaking of Real Madrid, could we see a scenario play out where the club’s current incumbent, Carlo Ancelotti, leaves for Brazil and is replaced by Zidane for a third spell?

Perhaps an agreement could therefore be made for a summer switch. Ancelotti, one of the most successful managers of all time, has already guided the likes of Vinícius Júnior, Casemiro and Rodrygo to glory at club level, now could he go on and replicate the success internationally? 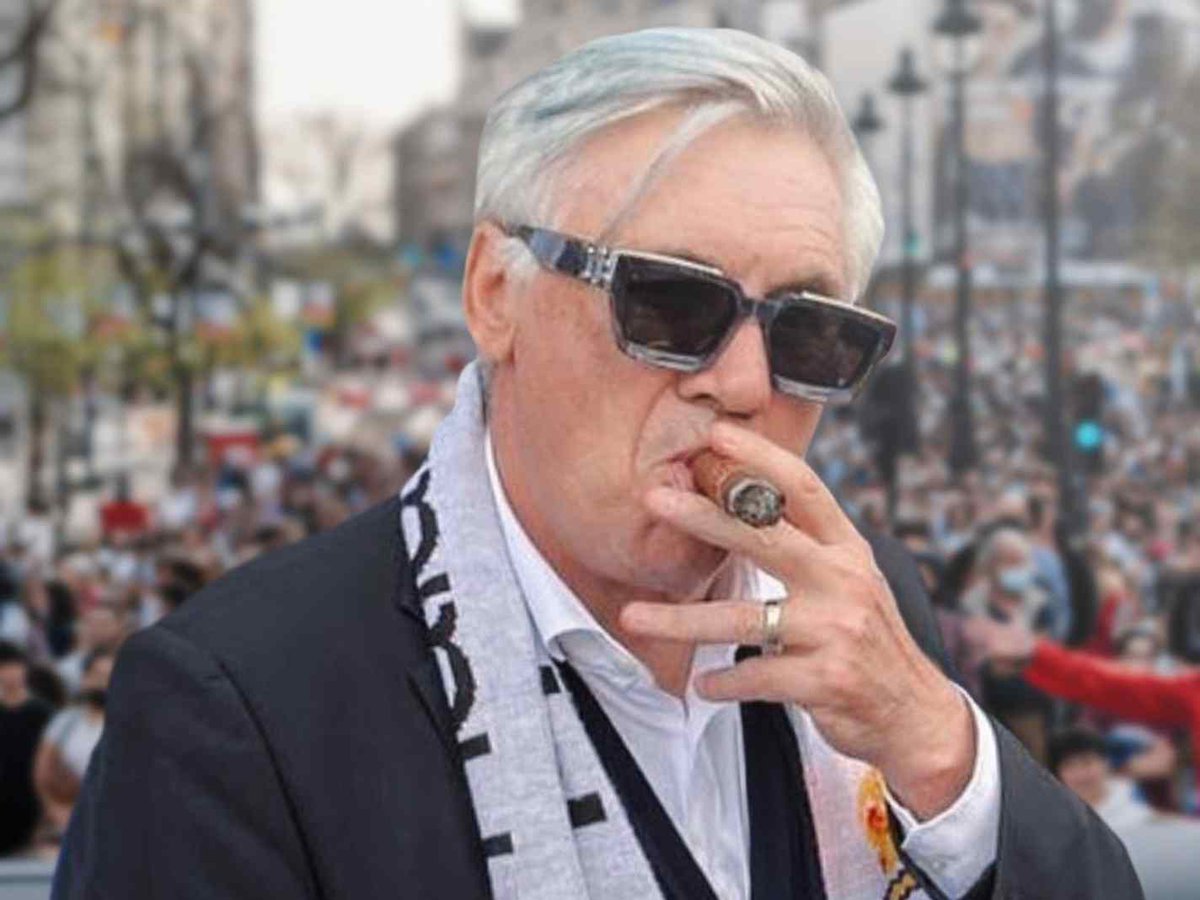 The managers Carlo Ancelotti has beaten to win this season's Champions League trophy...

Abel Ferreira may not be as widely known worldwide as the above three superstar managers, yet in South American football he has won a bucket load in a short period of time.

Since taking charge of Brazilian side Palmeiras in 2020, the young Portuguese coach has won not one but two Copa Libertadores, the Recopa Sudamericana, the Brazilian league title and domestic cups.

The 44-year-old also led his side to the FIFA Club World Cup final last year, narrowly losing to Chelsea in extra-time.

The above managers each boast bulging trophy cabinets but it’s worth remembering that Brazil haven’t appointed a foreigner for over 50 years.

Should they continue this trend and appoint another Brazilian, who could be in contention?

One name that has attracted attention is Dorival Junior, available for hire and fresh from delivering Brazilian outfit Flamengo to Copa Libertadores and Copa do Brasil glory during a short but extremely successful six-month spell.

Now after an incredible 24 spells at club level in the country since 2002, the veteran 60-year-old may well have his sights set on the top job.

Despite the lack of trophies on his CV, Fluminense's popular boss Fernando Diniz plays an attractive brand of football and is another name likely to be on the Brazilian Football Confederation's radar as the search progresses in 2023.

Bet £20 & Get It Back As Cash If It Loses
#AD New customers only. Place your FIRST bet on any market at odds of min 2.0 (EVS) and if it loses we will refund your stake in CASH. Max refund for this offer is £20. Only deposits made using cards will qualify for this promotion. T&Cs apply, 18+ begambleaware.org
Bet £10 Get £40 in Bonuses
#AD New 18+ UK customers only. Register using the promo code WELCOME40, deposit and place first bet of £10+ on Sports (cumulative Evens+) within 7 days of registration. First bet must be on Sports. £30 in Free Bets and £10 in Free Spins (50x20p) credited within 10 hours of bet settlement. Free Bet stakes are not included in any returns. Bonuses have a 7-day expiry. Payment restrictions apply. SMS verification and/or Proof of I.D and address may be required. Full T&Cs apply.
Bet £10 & Get £30 In Free Bets
#AD 18+ New Customer offer. Place a min £10 bet on the Sportsbook on odds of min 1/2 (1.5), get £30 in Free Bets. Rewards valid for 30 days. SMS verification required. Only deposits via cards will qualify. T&Cs apply. Please Gamble Responsibly.
Money back As A Bonus Up To £40 If Your First Bet Loses + £10 Casino
#AD 18+ begambleaware.org. New customers only. Min deposit £10. Money back as bonus if first sports bet loses. Wagering requirements: sportsbook 3x at min. odds of 1.40 (2/5), casino 50x. Unless forfeited the sportsbook bonus must be wagered before using the casino bonus. Bonus expires 7 days after opt-in. Visit Unibet.co.uk for full T&C's.
Free Bets & Free Betting Offers