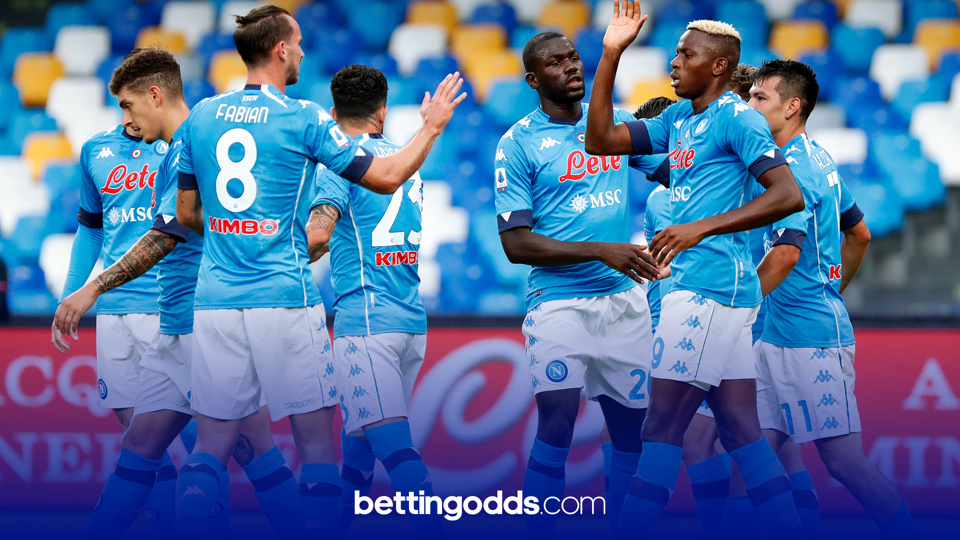 The Diego Armando Maradona Stadium plays host to the Champions tomorrow evening in the Serie A as Napoli welcome Juventus (17:00).

With pressure mounting on Gli Azzurri’s supremo the last thing Gennero Gattuso needs is a visit from the Old Lady as reports suggest that a defeat for Napoli here will be his last. The book markers do not fancy his side to secure the lion's share of the spoils either, pricing them at around 3/1. However, Gattuso’s men have proved to be more than capable when the odds are stacked against them, winning 42% of their games when priced accordingly. If they are going to defy the odds here, they will have to do it without defensive main-stay Kalidou Koubaly (COVID) and Dries Mertens (injured).

The visitors have clicked into gear since the turn of the year with their league defeat to Inter their only loss to date. Andre Pirlo looks to have finally got a tune out of his side and their ten victories have propelled them to third in the table as well as securing them the Supercoppa Italiana and the Coppa Italia. In terms of team news, Arthur, Paulo Dybala and Leonardo Bonucci are not expected to be risked here ahead of Juventus’ trip to Porto on Wednesday.

Eljif Elmas has had to bide his time this campaign but Gattuso has finally given him the nod and started him for the last two games. Last campaign, the young midfielder received seven bookings in 26 starts and has two to his name this season despite only starting twice! It is also worth noting that in spite of only averaging 0.6 tackles per game last season, he conceded an average of 1.2 fouls per game.

In terms of shots, Elmas has had a total of nine in the Serie A this season, averaging one every 52 minutes. In both of his recent starts he took aim twice! Last campaign he had a total of 23 shots and averaged 1.83 per 90 minutes played.

Using Betfair’s same game multi feature you can combine him to have two shots and to be booked at odds of 6.18/1. Although he did not start in either of Napoli’s league games with Juve last season- he only played 43 minutes in total- he was booked and registered a shot!